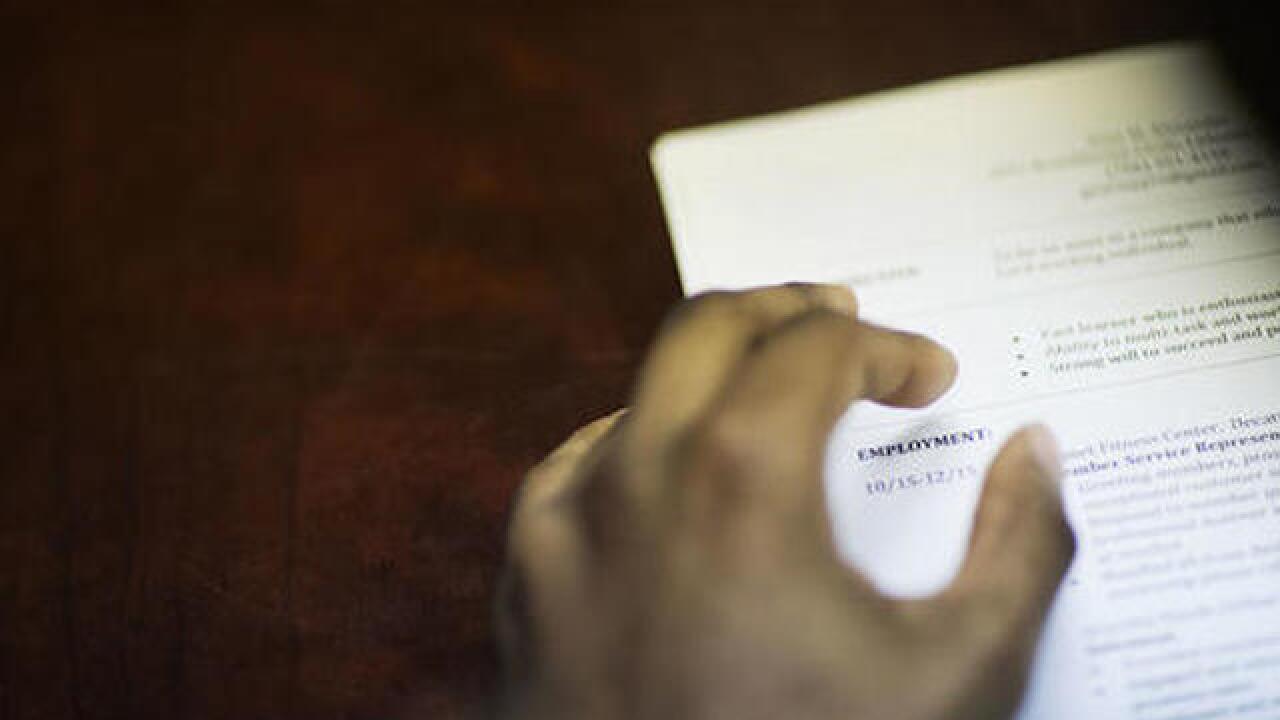 Copyright Associated Press
David Goldman
<p>In this Thursday, March 3, 2016, photo, the resume of Nino Alexander, of Lithonia, Ga., sits on a table as he interviews for a job with Sweet Tomatoes restaurant during a recruiting event at the Georgia Department of Labor office, in Atlanta. On Thursday, March 10, 2016, the Labor Department reports on the number of people who applied for unemployment benefits a week earlier. (AP Photo/David Goldman)</p>

WASHINGTON (AP) — The number of people seeking U.S. unemployment aid fell last week to the lowest level since October, evidence that employers are confident enough in the economy to hold onto their staffs.

THE NUMBERS: Weekly unemployment benefit applications fell 18,000 to a seasonally adjusted 259,000. The four-week average, a less volatile measure, dropped 2,500 to 267,500, the lowest reading since the week of Oct. 31. And the number of people actually receiving benefits also declined, falling 4,500 to 2.25 million. That's down 6 percent from a year ago.

THE TAKEAWAY: Applications are a proxy for layoffs, so the figures indicate that employers are cutting fewer jobs. Any reading below 300,000 is historically low. When unemployment claims are this low, it also typically means businesses are hiring at a steady pace.

The data comes after last week's jobs report, which was mostly positive. It showed employers added 242,000 jobs in February and the unemployment rate stayed at an eight-year low of 4.9 percent.

While hiring slipped a bit in January, overall job gains have remained solid since last fall, despite sharp swings in the financial markets that reflect worries about slowing overseas growth.

KEY DRIVERS: Consumers are spending at a healthy pace, offsetting the drags from weak economies in China, Europe, Japan and many developing countries.

Americans are seeing some signs of higher incomes and are spending more at restaurants and at online retailers. Low gas prices have also left more money to spend on other items. Consumer spending rose in January at the fastest pace in eight months.

Consumers are also confident enough to purchase big-ticket items like homes and cars. That has led to the creation of more construction jobs, though manufacturing jobs have lagged. Many factories have cut output because the strong dollar has made U.S. goods more expensive overseas, reducing U.S. exports.