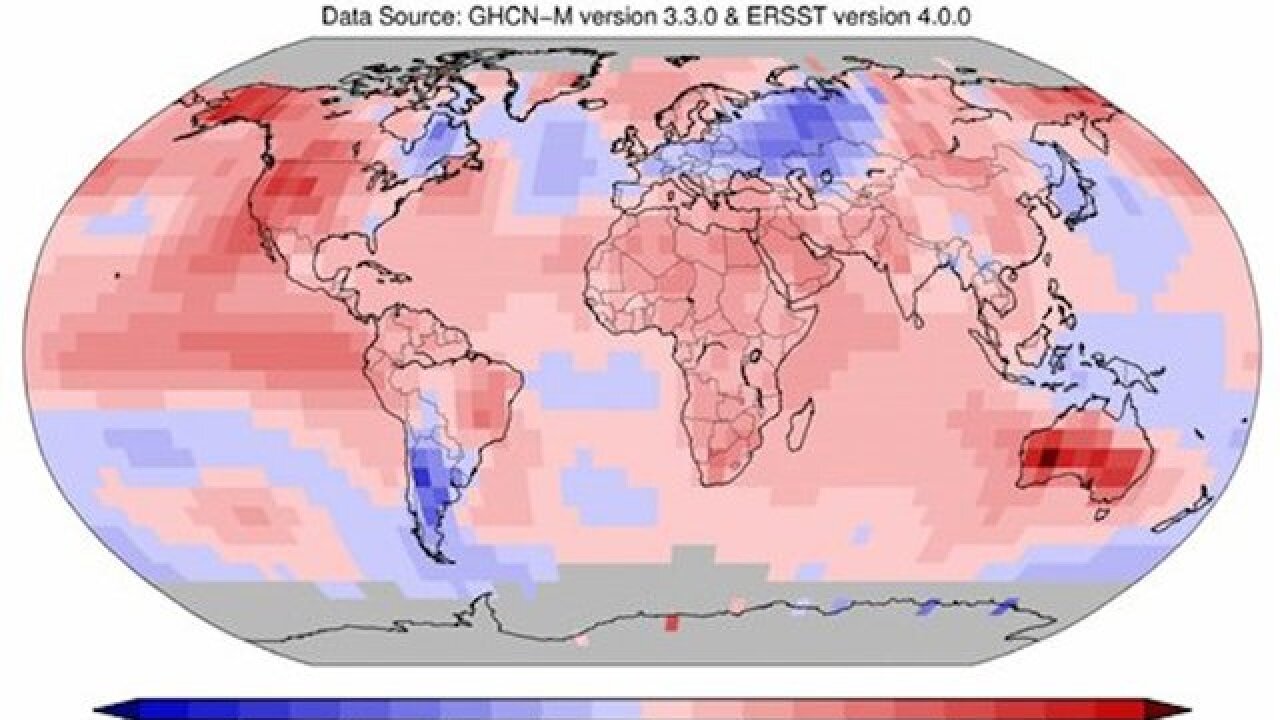 NOAA via AP
<p>This graphic provided by National Oceanic and Atmospheric Administration (NOAA) shows land and ocean temperatures for October 2015. Even for a record breaking hot year for Earth, October stood out as absurdly warm. The hottest October on record by a third of a degree over the old mark, a large margin for weather records. (NOAA via AP)</p>

NEW YORK (AP) — The warming Arctic has set another record.

The average air temperature over Arctic land reached 2.3 degrees F (1.3 degrees C) above average for the year ending in September. That's the highest since observations began in 1900.

The new mark was noted in the annual Arctic Report Card, released Tuesday by the National Oceanic and Atmospheric Administration. The Arctic centers on the North Pole and reaches into North America and Eurasia.

Another record emerged for sea ice, which appears when Arctic Ocean water freezes. When it reached its peak coverage in February, it was the lowest maximum extent since records began in 1979. The minimum ice coverage, reached in September, was the fourth lowest on record.