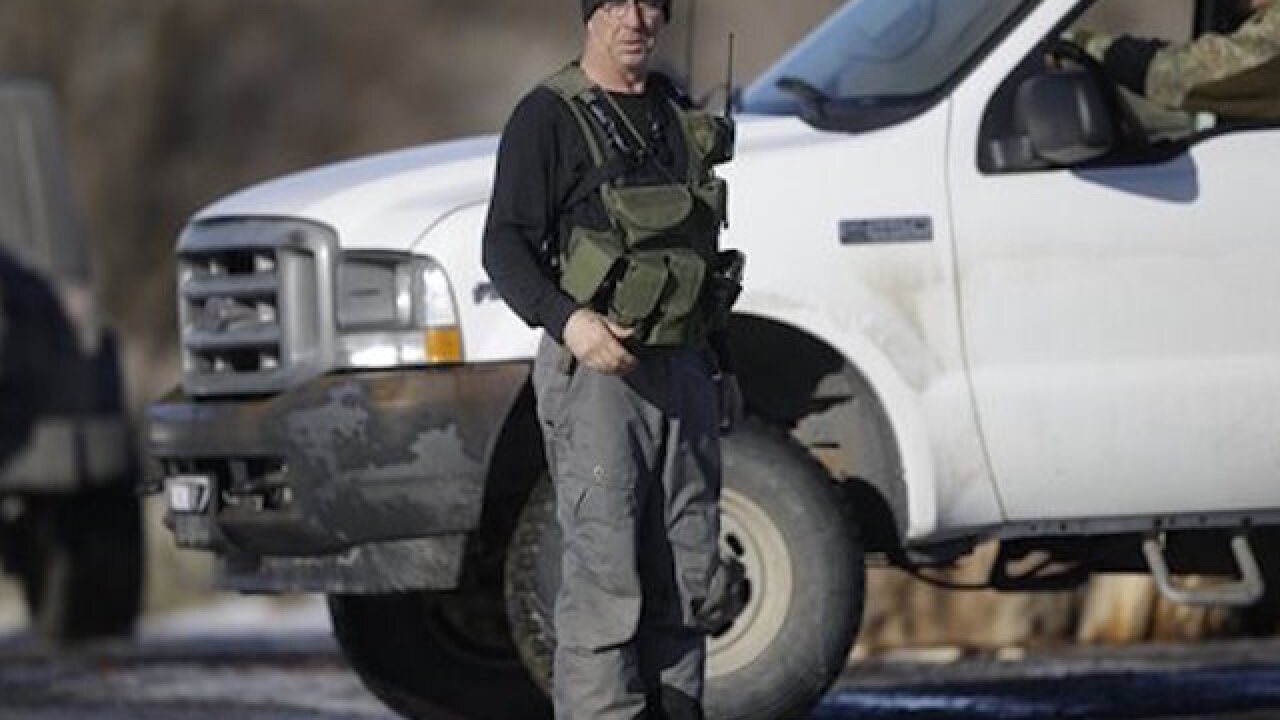 Copyright Associated Press
Rick Bowmer
<p>A member of the group occupying the Malheur National Wildlife Refuge stands guard at Malheur National Wildlife Refuge Friday, Jan. 8, 2016, near Burns, Ore. The leader of a small, armed group occupying a national wildlife refuge in Oregon says the activists have no immediate plans to leave. Bundy spoke to reporters Friday, a day after meeting with a local sheriff who asked the group to go.(AP Photo/Rick Bowmer)</p>

BURNS, Ore. (AP) — The armed activists occupying a national wildlife refuge in southeastern Oregon clashed with environmentalists Saturday as a standoff stretched into a 15th day.

A shouting match erupted as members of the Center for Biological Diversity, a national nonprofit conservation group, tried to speak at a news briefing, The Oregonian reported (http://goo.gl/yHnphm ). As the center's executive director Kieran Suckling began speaking, the armed activists screamed and booed him.

"We're here to speak up for public land, which belongs to the public," Suckling said over the yelling. "These people are trying to take the land away."

The armed group took over the Malheur National Wildlife Refuge to protest federal land use policies. So far, authorities have not tried to remove the group from refuge.

The shouting match happened just after occupiers arrived for the briefing carrying a basket of security cameras they said they had removed at the request of residents, the newspaper reported.

"This in my opinion is unreasonable search," said LaVoyce Sinicum, referencing the Fourth Amendment. He invited the FBI to pick up the cameras, which he claimed it had installed. He also condemned the government for harassing families.

Suckling told the newspaper that his group had a more civil interaction with other occupiers afterward. He said it was important to be present and to not criticize the occupation from the sidelines.

The occupation started Jan. 2 as a protest over two area ranchers who had been convicted of arson being returned to prison to serve longer sentences.

Afterward, a group led by Ammon Bundy traveled to occupy the refuge to protest the ranchers' return to prison and demand that the 300-square-mile refuge be turned over to local control.

The Bundys had planned a meeting with community members Friday night, but it was in limbo after county officials said they couldn't use the fairgrounds.

Occupiers said they are looking for another venue and hoped to hold the meeting on Monday.