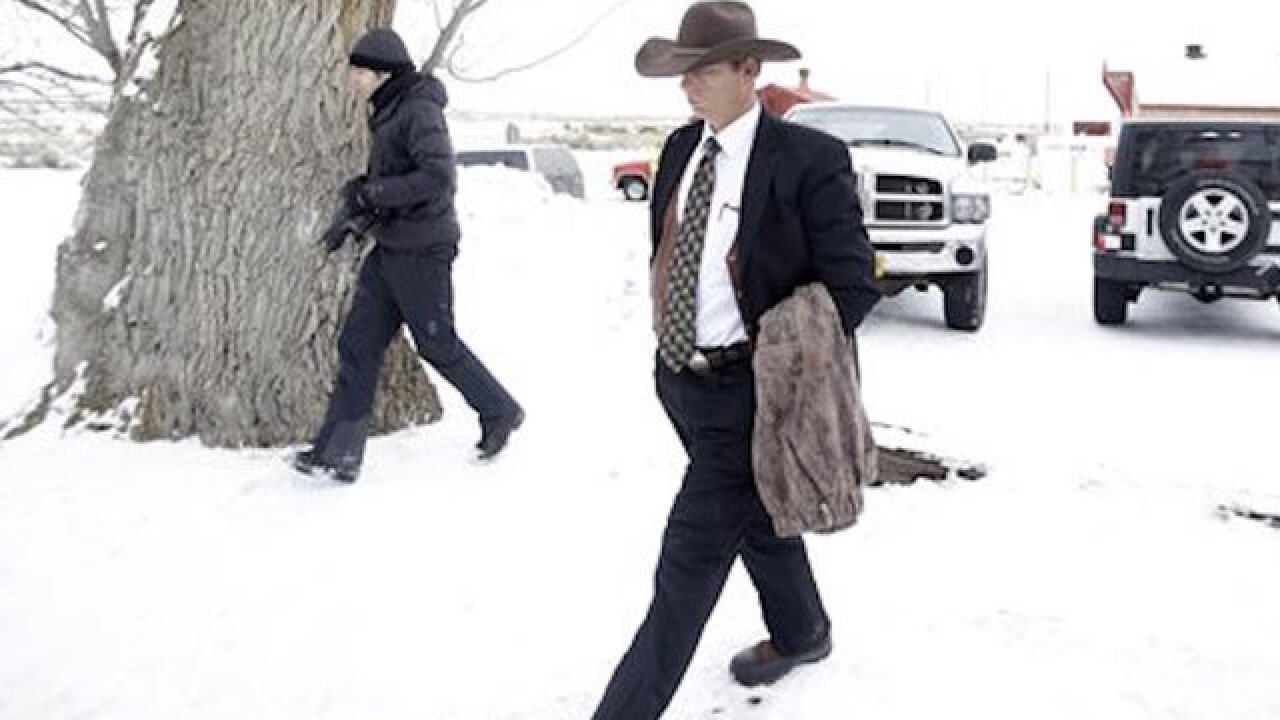 Rick Bowmer
<p>Ryan Bundy, one of the sons of Nevada rancher Cliven Bundy, walks in the Malheur National Wildlife Refuge following church Sunday, Jan. 10, 2016, near Burns, Ore. A small, armed group has been occupying a remote national wildlife refuge in Oregon since a week to protest federal land use policies. (AP Photo/Rick Bowmer)</p>

BURNS, Ore. (AP) — The leader of a small, armed group occupying a national wildlife refuge in southeastern Oregon said Monday he and his followers are going through government documents stored inside refuge buildings.

Ammon Bundy told reporters the documents will be used to "expose" how the government has discriminated local ranchers who use federal land for cattle grazing.

Bundy said the documents would also help secure the release of Steven and Dwight Hammond, two area ranchers convicted of arson who returned to prison last week to serve longer sentences. The Hammonds' case set off the occupation of the Burns-area refuge on Jan. 2.

Bundy said his group is not accessing government computers at the Malheur National Wildlife Refuge, including personnel files.

After the news conference, the group drove in a convoy to a ranch near the refuge and tore down a stretch of government-erected fence. The goal, according to the armed men, was to give the rancher access to the range that had been blocked for years. It's not clear where the fence was located or which rancher sought the group's help.

The refuge is administered by the U.S. Fish and Wildlife Service. Megan Nagel, spokeswoman with the agency, did not immediately return calls for comment regarding the files or the broken fence.

In Burns, about 30 miles from the refuge, schools reopened after being canceled for a week over safety concerns due to the refuge standoff.

Government offices in the area remained closed, including those of the Bureau of Land Management. BLM spokesman Randy Eardley said about 60 BLM employees were working from home.

"There is a very clear threat to BLM employees," Eardley said, but he did not cite any specific threats.

Ammon Bundy called his group's occupation of the refuge "peaceful" and said the armed men would not leave until the Hammonds are out of prison and abuses against ranchers are exposed. Bundy called the occupation a "moral and righteous stand for the future of this country."

A man representing hunters and anglers, who arrived in Oregon from New Mexico this weekend, condemned the Bundy group at the news conference.

"What I see is a lunatic fringe of extremists who have taken my land over," said New Mexico Wildlife Federation executive director Garrett VeneKlasen. The group represents sportsmen, including hunters and anglers.

Federal, state and local law enforcement officials are monitoring the occupation but have not taken any action.

The county sheriff and many locals have asked that Bundy and his group leave. But Bundy says he is not ready to go.

Ammon Bundy is a son of Cliven Bundy, a Nevada rancher who was at the center of a tense standoff with federal officials in 2014 over unpaid grazing fees.