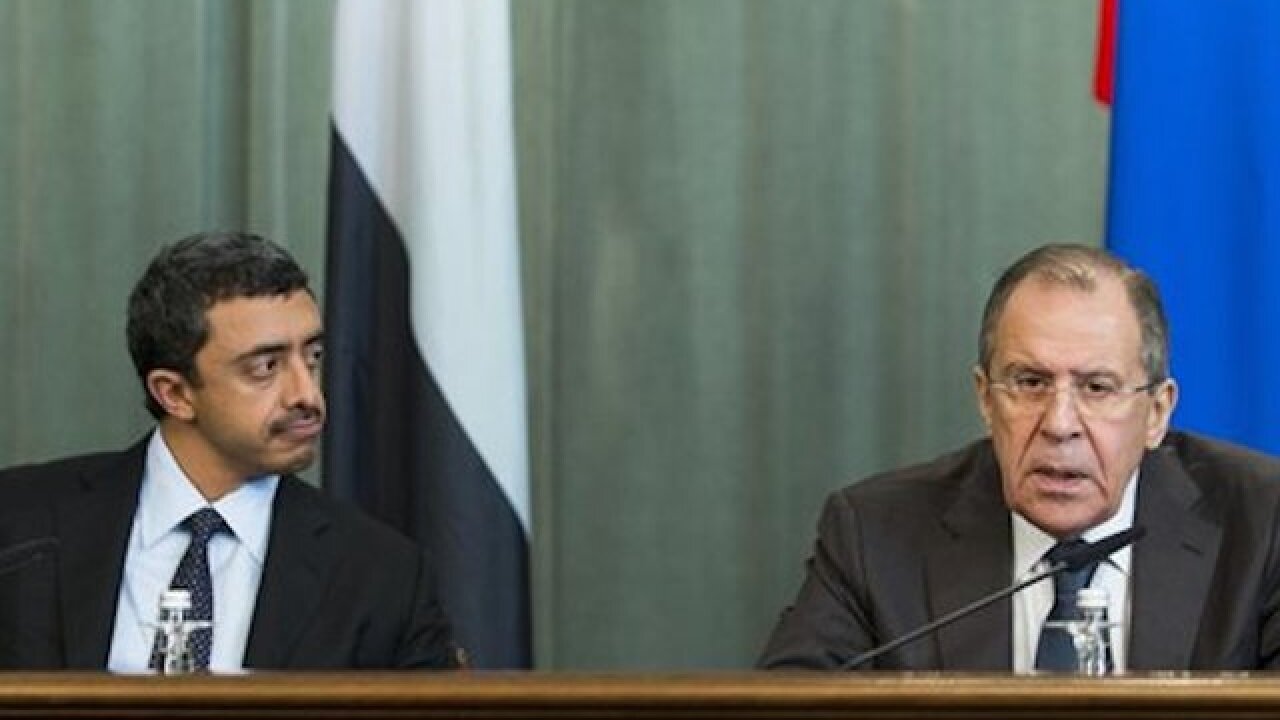 BEIRUT (AP) — Warplanes unleashed airstrikes against rebel-held positions on the suburbs of the Syrian capital and near the northern city of Aleppo on Friday, hours before a cease-fire brokered by the United States and Russia was to go into effect at midnight local time across the war-ravaged country.

If the cessation of hostilities holds, it would be the first time international negotiations have brought any degree of quiet in Syria's five-year civil war. But success requires adherence by multiple armed factions. Also, it is made more fragile because it allows fighting to continue against the Islamic State group and the Nusra Front, al-Qaida's branch in the country — which could easily respark broader warfare.

The last barrages came as the main Syrian opposition and rebel umbrella group said dozens of factions — 97 groups in all — have agreed to abide by the cease-fire. The High Negotiations Committee, or HNC, said a military committee has been formed to follow up on adherence.

Nusra Front leader Abu Mohammed al-Golani rejected the truce saying that his militants will continue fighting and calling on Syrians not to trust the West and America.

The Britain-based Syrian Observatory for Human Rights said the warplanes in Friday's strikes were believed to be Russian. The Kremlin did not comment on the latest developments but denied allegations that the Russian air force bombed civilian positions east of Damascus the previous day.

The rebel-held Damascus suburb of Douma was hit 40 times on Friday, the Observatory said, along with other areas east of the capital, killing at least eight people, including three women and four children. The monitoring group said the air raids were conducted as the Syrian government's artillery shelled the area, which is a stronghold of the Army of Islam rebel group.

Mazen al-Shami, an activist based in the area, said the warplanes were Russian, adding that they carried out some 60 air raids on Friday also. He said 25 strikes targeted Douma. "The air raids intensified after the revolutionary factions said they will abide by the cease-fire," al-Shami said via Skype.

Syria's state news agency said two journalists working for state TV were wounded when they came under fire from militants in the Damascus suburbs of Daraya.

The Observatory also reported dozens of airstrike north of the northern city of Aleppo, which has been under attack by troops and pro-government militias for weeks.

Late Thursday, U.S. President Barack Obama expressed hope that the cease-fire in Syria will lead to a political settlement to end the civil war and allow a more intense focus on battling the Islamic State. He said he doesn't expect the truce to immediately end hostilities after years of bloodshed between forces loyal to Syrian President Bashar Assad and rebels who want to end his reign.

Announced just this week, the cease-fire is a "test" of whether the parties are committed to broader negotiations over a political transition, a new constitution and holding free elections, Obama said. He said Syria's future cannot include Assad as president, which is a chief point of contention with Russia and Iran, who support the Syrian leader.

"We are certain that there will continue to be fighting," Obama said, noting that IS, the Nusra Front and other militant groups are not part of the negotiations and the truce.

Obama put the onus on Russia and its allies — including the Assad government — to live up to their commitments under the agreement. The elusive cease-fire deal was reached only after a months-long Russian air campaign that the U.S. says strengthened Assad's hand and allowed his forces to retake territory, altering the balance of power in the Syrian civil war.

"The world will be watching," Obama said.

In Moscow, Russian President Vladimir Putin said his country will keep hitting "terrorist organizations" in Syria even after the truce is implemented.

The opposition umbrella, HNC, said in a statement that the Syrian "regime and its allies should not exploit the (truce) and continue with their hostilities against opposition factions under the pretext of fighting terrorists."

In Turkey, a top presidential aide said Ankara is concerned over Russian bombings and Syrian forces' ground operations ahead of the truce. Ibrahim Kalin, spokesman for President Recep Tayyip Erdogan, told reporters that Turkey supports the cease-fire agreement in principle but is worried about the continued operations.

Turkey has been one of strongest supporters of opposition and insurgent groups trying to remove Syrian President Bashar Assad from power.

In the northeastern Syrian town of Shaddadeh, officials from the U.S.-backed predominantly Kurdish Syria Democratic Forces told reporters that since they launched their latest campaign in Hassakeh province against IS on Feb. 16, the group has captured 315 villages from the extremists.

The SDF has become the most effective force in fighting the Islamic State group and last week captured the once IS-stronghold of Shaddadeh. The group's spokesman Talal Sillo told reporters that 20 SDF and 275 fighters from IS were killed in the battles.

The SANA news agency said government troops took three villages near the town of Khanaser, which they recaptured from the IS group the previous day. The Observatory reported that two villages were taken by the government troops, saying they are working to open the only road linking the city of Aleppo with central and western Syria.

IS attacked the Khanaser area on Monday, capturing the town only to lose it Thursday.

The five days of fighting in the Khanaser has killed 61 troops and pro-government fighters and 91 IS militants, according to the Observatory.