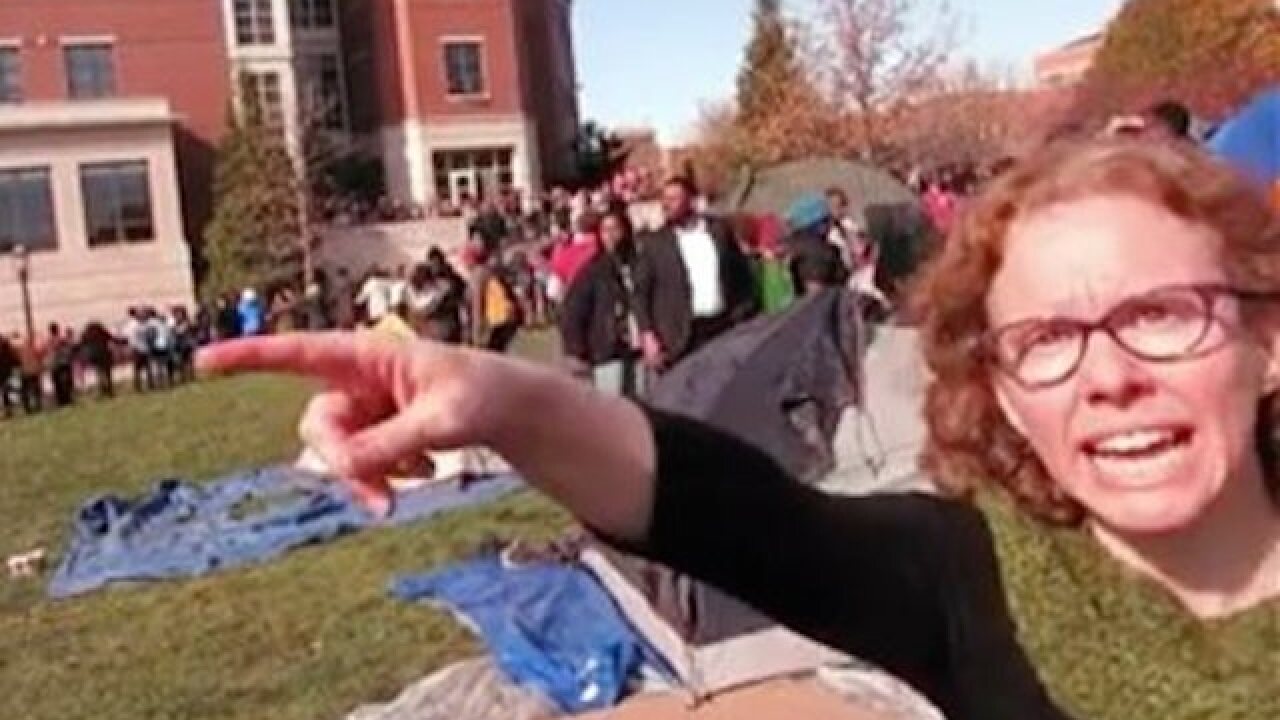 Mark Schierbecker via AP
Mark Schierbecker
<p>This Nov. 9, 2015 file frame grab provided by Mark Schierbecker shows Melissa Click, right, an assistant professor in the University of Missouri's communications, during a run-in with student journalists at a campus protest that followed the resignations of the university system's president and the Columbia campus' chancellor in Columbia, Mo. Click, who confronted a student photographer and another student videographer during the protests and called for 'muscle' to remove them, was charged with misdemeanor assault on Monday, Jan. 25, 2106. (Mark Schierbecker via AP, File) </p>

Melissa Click, 45, faces up to 15 days in jail if convicted of the charge filed by Columbia city prosecutor Steve Richey, who retires next month and did not return messages seeking comment Monday.

Click confronted a student photographer and a student videographer during the protests, calling for "muscle" to help remove the videographer, Mark Schierbecker, from the protest area. Schierbecker's video of his run-in with Clink went viral, and he filed a complaint with university police.

That day's demonstrations came after the president of the four-campus University of Missouri system and the Columbia campus' chancellor resigned amid protests over what some saw as indifference to racial issues.

Days after the confrontations, Click said publicly she regretted her actions, and that she apologized to Schierbecker and all journalists and the university community for detracting from the students' efforts to improve the racial climate on the Columbia campus.

Click did not respond to an email Monday seeking comment. Calls to her work-related phone were greeted by a message that said her voicemail box was full and not accepting messages. Her home phone number has been disconnected.

Later Monday, a member of the university system's governing board of curators called anew for Click's firing, unsatisfied by the letter of admonishment he says the school placed in Click's employment file over the matter but has refused to supply to him.

"I'm willing to listen to the possibility of other job actions involving her as long as they're serious," the board member, David Steelman, told The Associated Press. "The whole situation surrounding this has been stonewalling and an attempt to run out the clock by the university" in hopes it fades away.

While labeling Monday's charge "not surprising," Steelman, a Rolla attorney, said: "I am disappointed that the city police and prosecutor have acted faster than the university to take action protecting the rights and safety of students."

"Respecting students' rights, free speech and safety has to be the No. 1 priority of any great university," he said.

A message left Monday with University of Missouri spokesman Christian Basi also was not immediately returned.