Suu Kyi will not be Myanmar's next president 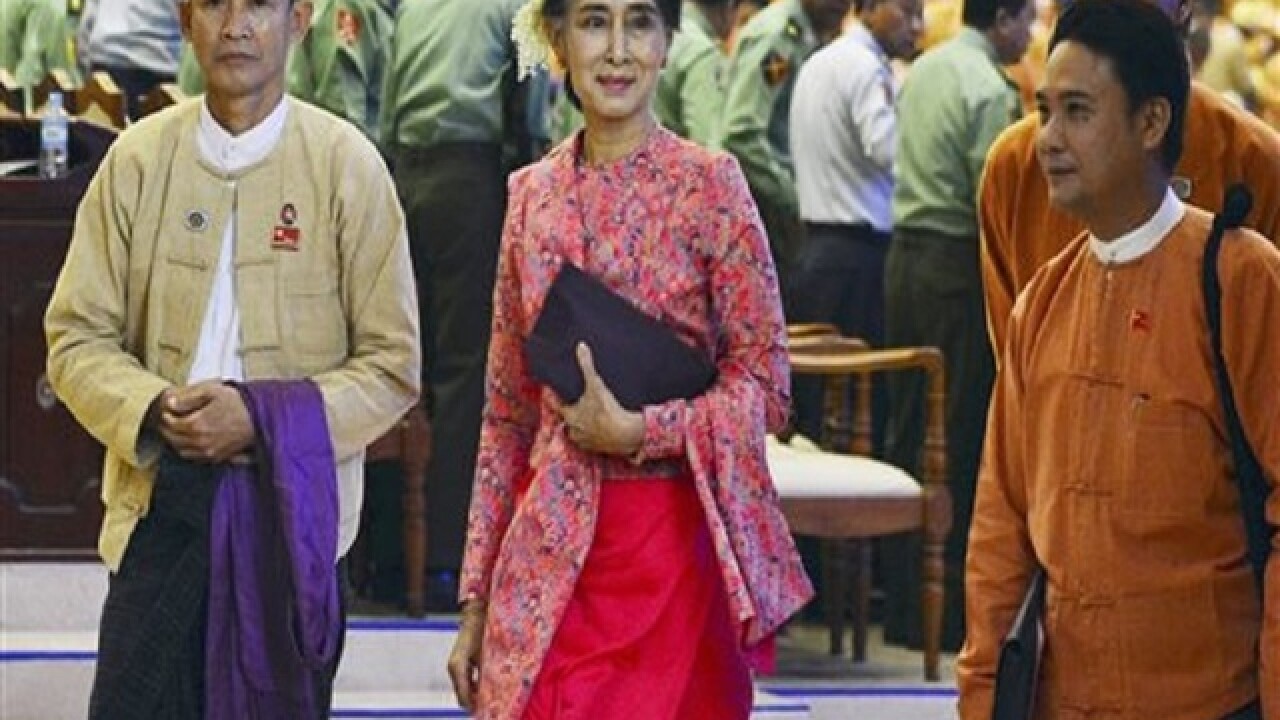 NAYPYITAW, Myanmar (AP) — It's now official, Myanmar's most famous politician and Nobel laureate Aung San Suu Kyi will not become the country's next president.
The National League for Democracy party, which won November general elections by a landslide, nominated two Suu Kyi loyalists to contest the president's post Thursday. They are 70-year-old Oxford graduate Htin Kyaw and Henry Van Hti Yu, an ethnic Chin minority and upper house NLD lawmaker.
One of them is certain to become the next president and the other will become a vice president. And a military-backed candidate who has not yet been announced will likely become the country's other vice president.
The outgoing ruling party, the USDP, also nominated two candidates but the Suu Kyi loyalists are assured of a victory when the joint chambers vote later this month.
The new government takes power April 1. It will be the first freely elected government after more than 50 years of military rule followed by a quasi-civilian government for the past five years.
Despite massive popular support, the 70-year-old Suu Kyi is blocked from the presidency because the constitution bars anyone with a foreign spouse or children from holding the executive office. Suu Kyi's two sons are British, as was her late husband. The clause is widely seen as having been written by the military with her in mind.
But Suu Kyi has said she will be the real center of power and run the government from behind the scenes.
Kyaw Thiha, an upper house NLD lawmaker, said Thursday that the new president will take orders from Suu Kyi.
"She cannot become the president, but it doesn't really matter because she will be controlling everything. She will be the one to control us," Kyaw Thiha said. "It doesn't really matter that she is not becoming the president."
Associated Press 2016