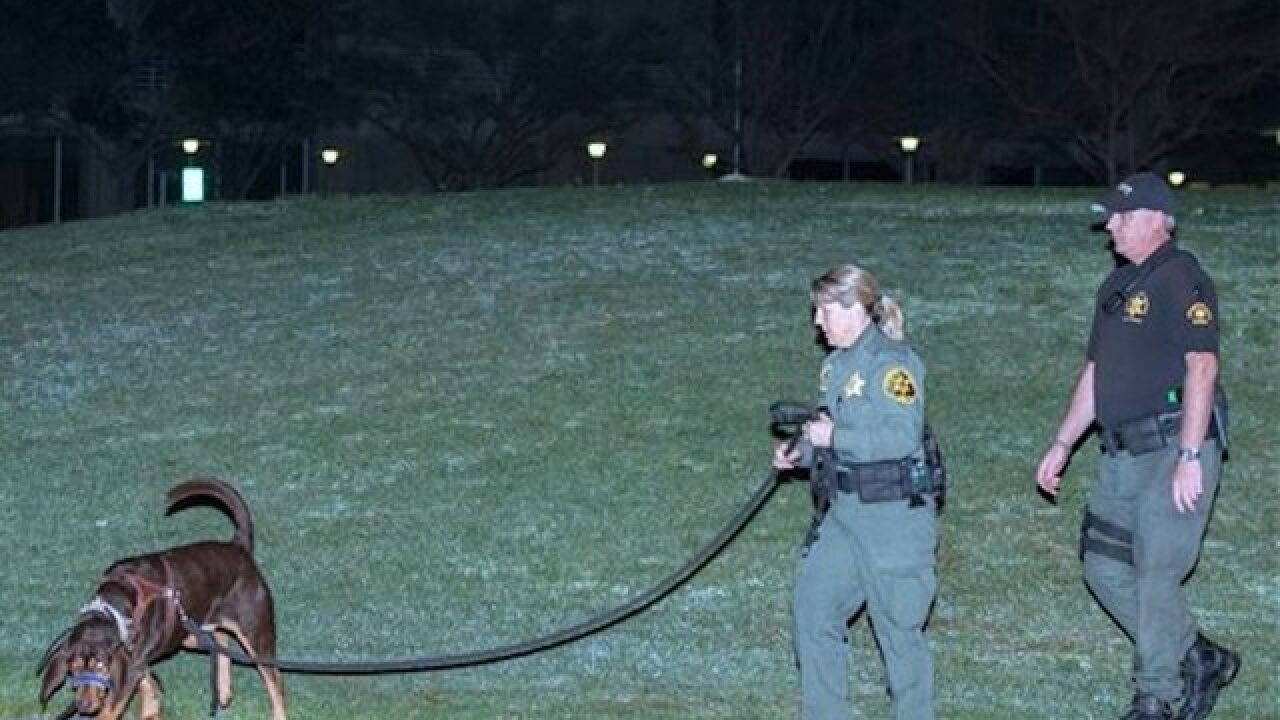 SANTA ANA, Calif. (AP) — Unlike similar brazen escapes where inmates fled remote prisons into rural areas, the three men who broke out of a Southern California lockup escaped in the middle of densely populated Orange County — where hundreds of officers are centering the search.

The investigation was focused on suburban communities where the men could be hiding among friends, family or fellow gang members, authorities said Monday, the third full day of the manhunt.

They looked in particular to Orange County's huge Vietnamese population, among the largest in the U.S., in Garden Grove and Westminster just a few miles from the Santa Ana jail where Friday's escape took place.

Two of the inmates, Jonathan Tieu, 20, Bac Duong, 43, have deep ties to the community, and sheriff's officials put out a call in both English and Vietnamese on Monday for help in finding them.

Sheriff's Lt. Dave Sawyer who is leading the investigation, said the two "may be embedded" there.

"We sincerely need input from the community to help us," Sawyer said.

The two men and the third inmate, 37-year-old Hossein Nayeri, are believed to be dangerous and all were awaiting trial for separate violent felonies, authorities said. They have now each been charged with another felony for the escape.

They were gone for as long as 16 hours before their escape was noticed in the common dorm they share with more than 60 other inmates, with a Friday evening head count delayed by hours because of an attack on a guard.

The three men sawed through a quarter-inch-thick grill on a dormitory wall and got into plumbing tunnels before sawing through half-inch-thick steel bars as they made their way behind walls to an unguarded area of a roof atop a five-story building. There, they moved aside razor wire and rappelled to the ground using the bed linen.

It was eerily similar to the New York escape, where two inmates cut through a portion of wall hidden under a bunk bed and used piping and tunnels inside the facility to reach the outside, though the search for those inmates focused on nearby woods instead of a dense urban population.

A major question for investigators will be how the men were able to plan and execute their flight with such precision, said Kevin Tamez, a managing partner for MPM Group, a Philadelphia-based firm that consults on prison security, management and infrastructure.

Lt. Jeff Hallock, Orange County sheriff's spokesman, said there is no evidence so far that the trio had help from the inside but authorities know it's a possibility.

It's likely someone slipped them blueprints or told them how the bowels of the jail were laid out, he said.

"If I were whoever's investigating, there are some people who would be on a polygraph, I guarantee you," Tamez said. "They had to have had some inside help."

Motion sensor cameras — available for $55 and often used as baby monitors — can be installed along interior tunnels and pipes to catch inmates, Tamez said.

Thorough searches of dorms likely would have discovered the tools used or damage to the vent grill, he said.

It was the first escape in nearly three decades from the California facility built in 1968. It holds 900 men and is located in Santa Ana, about 30 miles southeast of Los Angeles.

Hallock said the facility's general policy is to do walk-throughs every hour to check on inmates. More involved searches are done randomly, he said, but declined to be more specific.

It's also unclear why the inmates — who were charged with violent felonies — were housed in the common dorm with dozens of others. Assignment to a large, busy room likely made it easier for them to avoid detection, said Martin Horn, a professor of corrections at John Jay College of Criminal Justice at City University of New York.

Federal authorities are offering $50,000 in rewards for information leading to their recapture.

Tieu had been held on a $1 million bond since October 2013 on charges of murder, attempted murder and shooting at an inhabited dwelling in an alleged gang dispute.

Nayeri had been held without bond since September 2014 on charges of kidnapping, torture, aggravated mayhem and burglary. Authorities say he kidnapped a marijuana dealer, burned him with a blow torch and cut off his penis because Nayeri thought the man had buried money in the desert.

Duong has been held without bond since last month on charges of attempted murder, assault with a deadly weapon and other counts in the shooting of a man on his front porch.