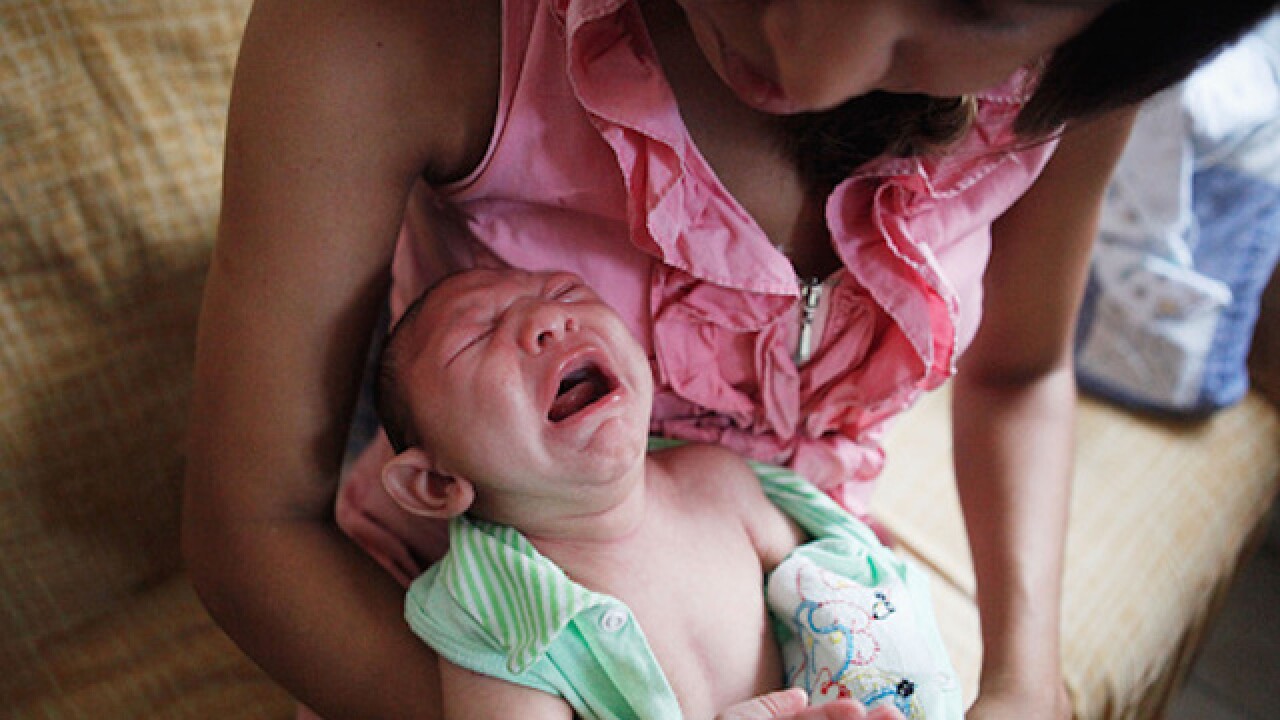 CHICAGO (AP) — The Zika virus might cause eye damage in small-headed infants born to women infected during pregnancy, a small study in Brazil suggests.

The study lacks hard proof of any link with Zika and vision abnormalities, but as a precaution, the authors recommend routine vision testing in infants born with microcephaly in areas where Zika infections have occurred. Microcephaly, which has many causes, means an abnormally small head and the condition typically involves brain defects. It has made headlines because of an apparent spike in cases in Brazil where Zika infections are rampant.

Scientists are trying to determine if the Zika (ZEE'-kuh) virus, spread by mosquito bites, can cause microcephaly. Complications from microcephaly can include vision problems, so whether Zika leads to eye damage can't be determined from the study.

The results were published online Tuesday in the medical journal JAMA Ophthalmology.

The researchers found eye damage in 10 of 29 babies born with microcephaly at the Roberto Santos General Hospital in Salvador, Brazil. The problems included abnormalities or scars in the retina and optic nerve.

The babies' mothers were presumed to have developed Zika infections during pregnancy, and most reported symptoms including rash, fever and joint pain, according to the researchers, led by Dr. Rubens Belfort of the Federal University of Sao Paolo.

A journal editorial by two Northwestern University eye specialists notes that infections other than Zika have been linked with similar eye problems, and calls the potential link with Zika "presumptive." Drs. Lee Jampol and Debra Goldstein say it's unclear if the eye lesions found in the study occur in babies without microcephaly, so they don't recommend routine eye tests in all babies in Zika-infested regions.

But vision tests are warranted for microcephaly babies in those regions, given the study results, so that any affected infants can be followed and given glasses, eye patches or other treatment as they mature, Jampol said. He said the damage seen in the study is likely irreversible, but it's too soon to know if any of the babies will be blind.