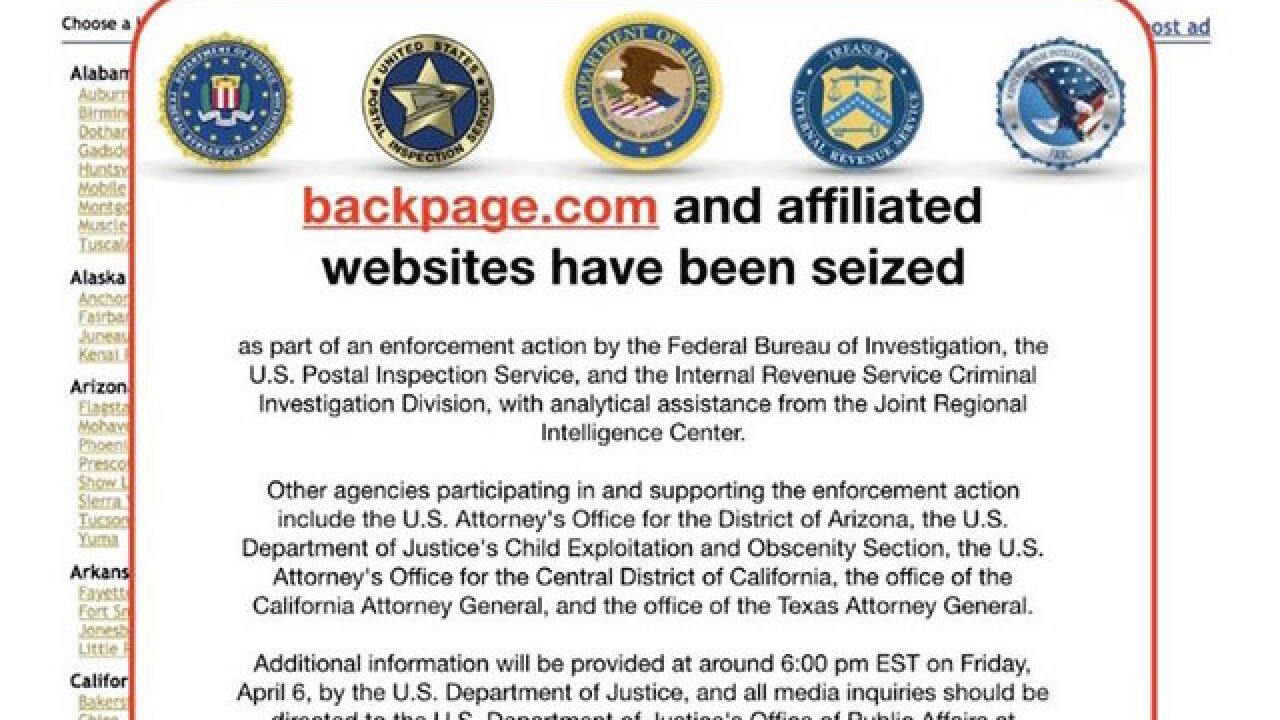 The classified ads website Backpage.com has been seized by federal law enforcement agencies, according to a banner that popped up on the site Friday.

The banner says, "backpage.com and affiliated websites have been seized as part of an enforcement action" by the FBI, US Postal Inspection Service and the IRS Criminal Investigation Division.

Lawmakers on Capitol Hill and advocacy groups have long called for an investigation into Backpage.com for allegedly facilitating prostitution and sex trafficking.

A two-year Senate investigation into online sex trafficking found that found that Backpage.com knowingly aided criminal sex trafficking of women and young girls, simply scrubbing terms from ads such as "Lolita," "teenage," "rape," "amber alert," and publishing them on its site. After the investigation was published in January 2017, Backpage.com shut down its adult ads section.

The company has been targeted with several lawsuits over the years, but has been largely protected by Section 230 of the 1996 Communications Decency Act, a legal protection that gives a broad layer of immunity to online companies from being held liable for user-generated content. Companies are supposed to act in good faith to protect users, but critics argue the law can be used as a shield. The law, however, does not, protect sites from federal liability against criminal law, like child-pornography laws.

Last month, however, the Senate approved bipartisan legislation called the Stop Enabling Sex Traffickers Act. The legislation would create an exception to Section 230, which would pave the way for victims of sex trafficking to hold websites accountable for facilitating abuse.