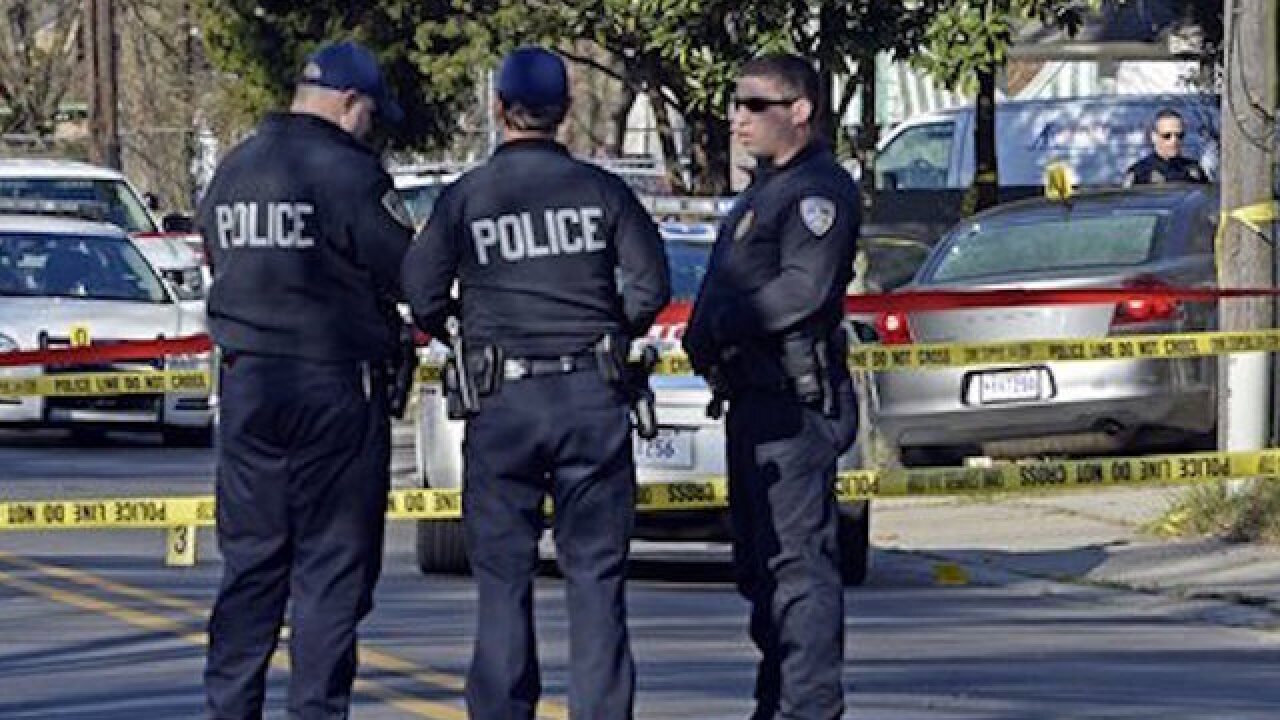 Copyright Associated Press
BILL FEIG
<p>Officers investigate the scene of a shooting in Baton Rouge, La., Saturday, Feb. 13, 2016. Police officers who were shot early Saturday during a confrontation with a suspect were responding to a call about someone damaging property. (AP Photo/Bill Feig)</p>

BATON ROUGE, La. (AP) — A Baton Rouge neighborhood was awakened before dawn Saturday by a barrage of gunfire, with police saying two officers were wounded as they traded shots with a man they had been chasing.

Neighbors say dozens of shots were fired in an exchange that also wounded the suspect.

East Baton Rouge Parish District Attorney Hillar Moore said a bullet grazed the head of one officer; the other officer was hit in the stomach but protected by his bulletproof vest.

"These guys are fortunate to be alive," Moore said. "God didn't want to take them today. It was not their day."

Chambers said Smith has been grappling with "mental issues" and had attempted suicide before he moved from Shreveport to his native Baton Rouge. Chambers said Smith received mental health treatment last year at a hospital in Shreveport, where he had been living with a sister.

Chambers said Smith has been taking medication for his condition, and she didn't see any obvious signs of distress before the shooting.

Moore said Smith is on probation for a 2014 conviction in East Baton Rouge Parish for indecent behavior with a juvenile.

The officers responded to a call at about 5:30 a.m. to a report of someone damaging property, which Moore described as a domestic disturbance reported by a woman who knew Smith.

When police arrived, Smith took off in a vehicle. The officers chased him until he bailed out of his car, about 2 miles away.

Baton Rouge. Sgt. Don Coppola said the suspect exited his vehicle with a rifle and fired at the officers, hitting both. The officers returned fire and struck Smith. Moore described the rifle as a semiautomatic, large caliber weapon.

The chase ended at Chambers' home. She said she didn't know where Smith had obtained the rifle police say he used.

Moore said investigators will study video footage taken by the dashboard cameras in two police cruisers for evidence into the shooting. He said at least one of the officers was wearing a body camera, but it wasn't immediately known whether he was able to activate it before the confrontation took place.

Moore said one officer was white and the other is black. Smith is black.

Coppola said the officers would be placed on paid leave, as is standard in shootings in Baton Rouge. Police shootings have drawn wide notice in recent months. For example, deputies in suburban Baltimore shot it out Wednesday with a man at a sandwich shop. This case differs from those that have provoked outcries nationwide because Smith was armed.

Police remained at the scene of the shooting for nearly five hours, eventually towing away two police cruisers, including one with at least three bullet holes. Neighbors gathered to watch the activity in the neighborhood about four miles east of downtown Baton Rouge, some draped in blankets against the morning chill.

Terrell Starwood, who was staying a friend's house, estimated he heard more than 40 shots. Dozens of evidence markers were on the ground at the house where the chase ended, indicating possible bullet casings.

"You could tell they were from different guns," Starwood said. "I didn't hear nothing but sirens, gunshots and tires squealing."