Bear in Tennessee destroys car after getting trapped inside 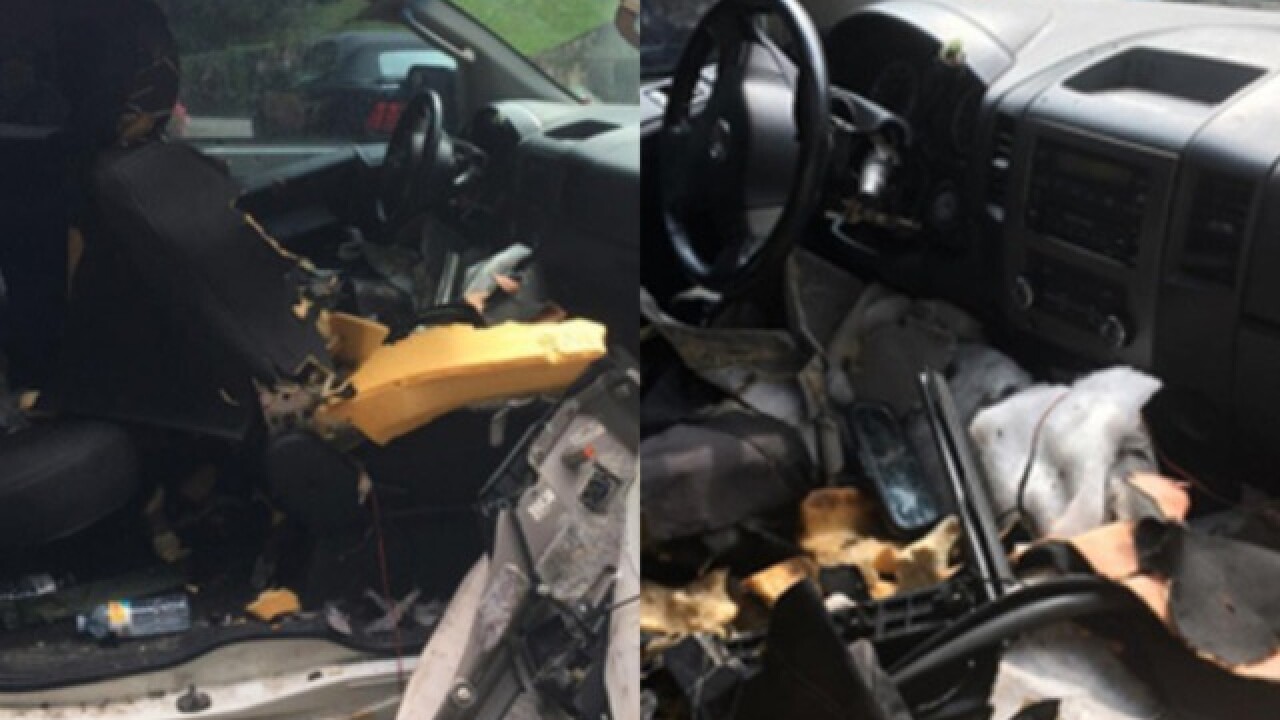 GATLINBURG, Tenn. — A black bear ripped the inside of a vehicle to shreds after it became trapped inside.

According to Tennessee Wildlife Resource Agency officials, the bear opened the unlocked vehicle in Gatlinburg Wednesday.

It then became trapped and did everything it could to get out.

TWRA officials reminded and encouraged everyone in the area to lock their car doors and never leave food inside their vehicles.

"Thieves are least of your worry’s with hungry bears roaming around! Unfortunately, this occurs all too often around the Smoky Mountains," the TWRA wrote in a Facebook post.