Bergdahl arraigned at N.C. Army base 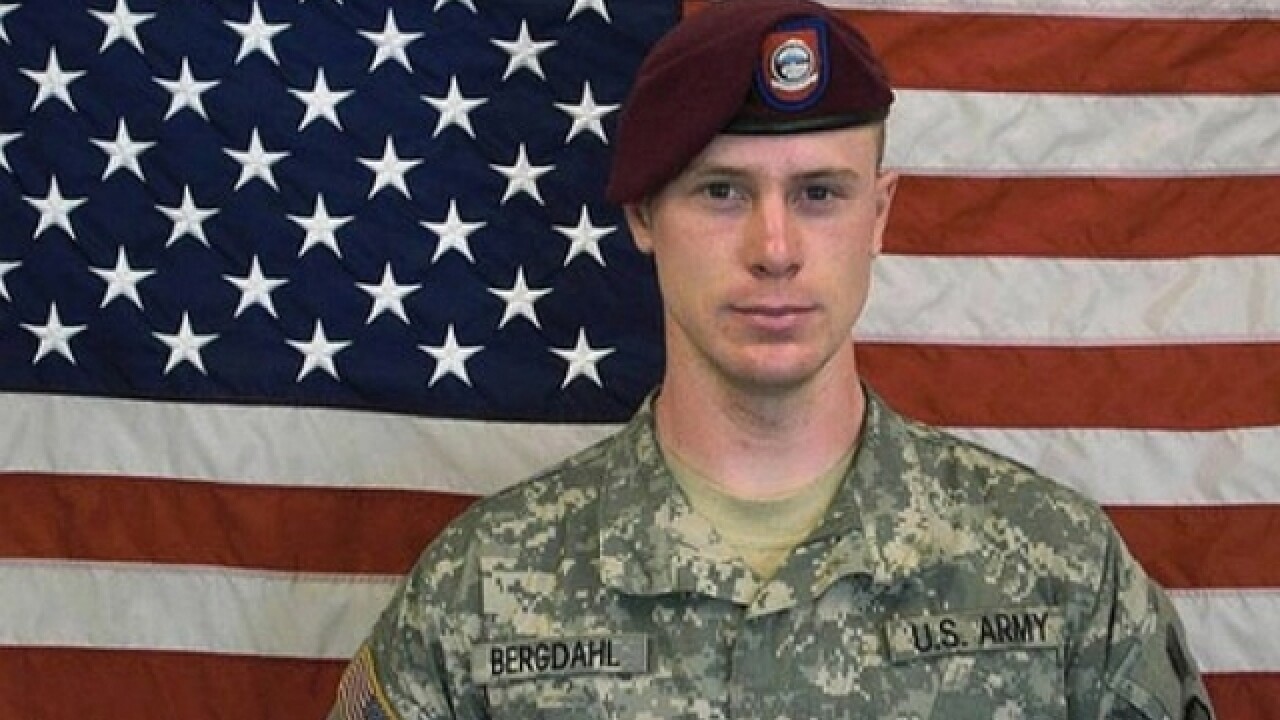 Wearing a dress blue uniform, Sgt. Bowe Bergdahl faced a military judge Tuesday for the first time since the U.S. Army decided to proceed with a military trial that could result in a life sentence for his disappearance in Afghanistan in 2009.

Bergdahl, who was held by the Taliban for five years after he walked off a base, was arraigned during a short hearing on charges of desertion and misbehavior before the enemy, a relatively rare charge that carries the severe punishment. If convicted of desertion, he could get up to five years in prison.

Bergdahl deferred entering a plea and did not decide whether he wants to face a court-martial with a jury or one with just a judge. He said little beyond answering "yes" and "no" to questions about whether he understood his rights and the court proceedings.

He appeared demure, sitting mostly still in his chair then walking deliberately with his head down as he left the courtroom. He talked quietly with his military attorney before and after the hearing.

The next pretrial hearing was scheduled for Jan. 12 before Army Judge Col. Jeffery R. Nance, who will preside over future hearings.

Bergdahl, 29, of Hailey, Idaho, walked off his post in eastern Afghanistan's Paktika province on June 30, 2009. He was released in late May 2014 as part of a prisoner swap, in exchange for five detainees in Guantanamo Bay. The move prompted harsh criticism, with some in Congress accusing President Barack Obama of jeopardizing the safety of the country with the exchange.

A preliminary hearing officer initially recommended a special court-martial, which is a misdemeanor-level forum. But earlier this month, the Army announced Bergdahl would face the more serious general court-martial.

While the military typically follows the recommendation from the preliminary hearing known as an Article 32, it's not unheard of for a high-ranking general to make a different decision, said Walter Huffman, a retired major general who served as the Army's top lawyer.

Huffman was surprised the more serious general court-martial was chosen, but he said the approach will allow the court to thoroughly consider the case with all punishments available.

"It's kind of: 'Let's let the system decide. Let's keep our options open,'" he said.

The charge of misbehavior before the enemy was used hundreds of times during World War II, but scholars say its use appears to have dwindled in conflicts since then. Legal databases and media accounts turn up only a few misbehavior cases since 2001, when fighting began in Afghanistan, followed by Iraq less than two years later. In contrast, statistics show the U.S. Army prosecuted about 1,900 desertion cases between 2001 and the end of 2014.

Bergdahl hasn't talked publicly about what happened, but over the past several months, he spoke extensively with screenwriter Mark Boal, who shared about 25 hours of the recorded interviews with Sarah Koenig for her popular podcast, "Serial."

Bergdahl's attorney Eugene Fidell said politicians and others have been using Bergdahl as a talking point to push their own agendas for months. The more the public can hear Bergdahl's own words, the better, Fidell told The Associated Press earlier this month.

In the first episode of "Serial," Bergdahl said he walked off his base to cause a crisis that would catch the attention of military brass. He wanted to warn them about what he believed were serious problems with leadership in his unit. And he wanted to prove himself as a real-life action hero, like someone out of a movie.