Sanders: 'Being Jewish is so much of what I am' 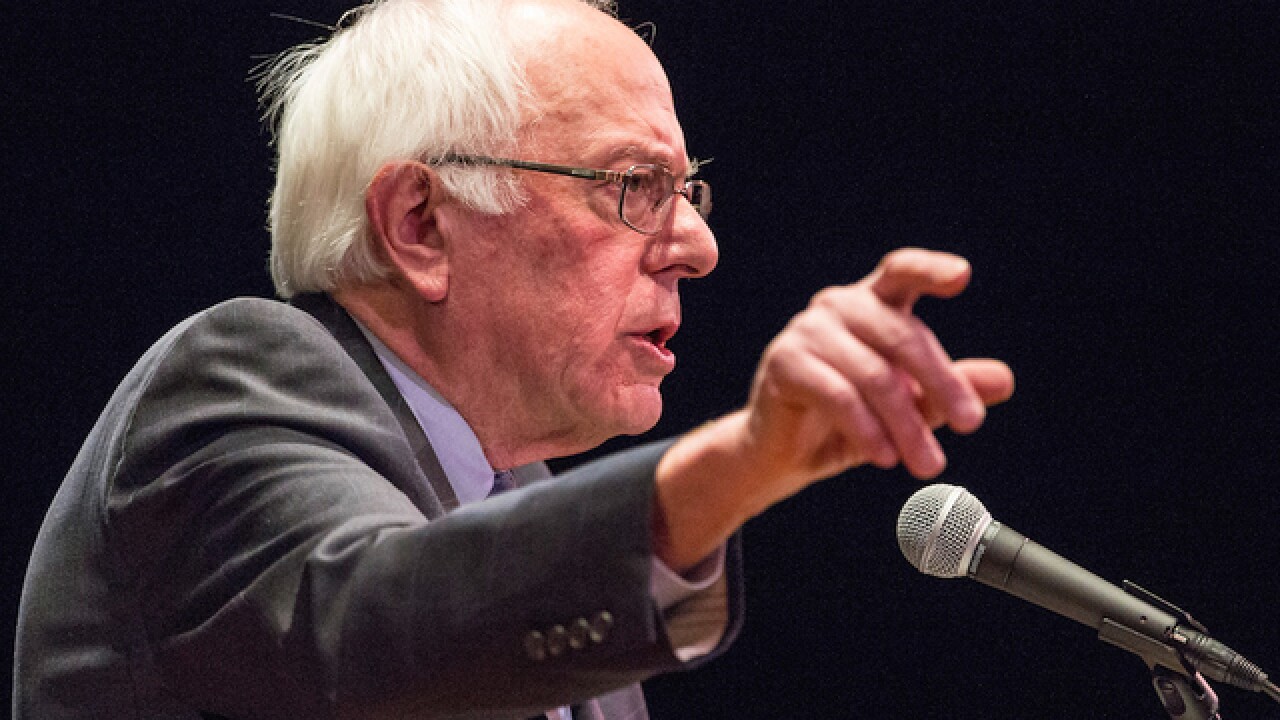 Bernie Sanders has a message, and he wants the nation to hear it loud and clear: He’s Jewish and incredibly proud of it.
The Democratic presidential candidate made that clear during Sunday night’s debate in Flint, Michigan, against rival Hillary Clinton.
Bernie Sanders Presidential Candidate Profile | InsideGov
“I am very proud to be Jewish, and being Jewish is so much of what I am,” the Vermont Senator explains.
Sanders’ Judaism is no secret, so it may seem curious that he would feel obligated to clarify such a personal issue -- but his comment comes in response to criticisms from other Jews that he has downplayed his Judaism.
“Look, my father’s family was wiped out by Hitler in the Holocaust,” the 74-yer-old said in Flint. Sanders’ father immigrated to the United States from Poland.
He continued, “I'm very proud of being Jewish. And that's an essential part of who I am as a human being.”
Sanders made history last month in New Hampshire, becoming the first Jewish candidate to win a nominating election.
While Sanders’ relationship to his Jewish identity wasn’t much of a topic of interest throughout his years in the House and Senate, his presidential run has brought it to the forefront.
And to many, it seems like he has avoided getting specific on the topic, even when it’s relevant.
For example, Sanders mentioned in February that if he won the presidency, his “background” would make the accomplishment historic – however, he failed to specify that he would become the first Jewish president.
Sanders also raised eyebrows when he recently identified his parents as Polish immigrants rather than Jewish immigrants.
Despite these sorts of critiques and Sanders’ apparent inability to win over the minority vote, he’s managed to hold his own against Clinton.
Sanders picked up his eighth win in Maine’s caucus on Sunday, compared to 12 wins by Clinton, who is still leading substantially in delegates. His next chance to reel in delegates will come Tuesday in the Michigan and Mississippi primaries.
Scripps Only Content 2016