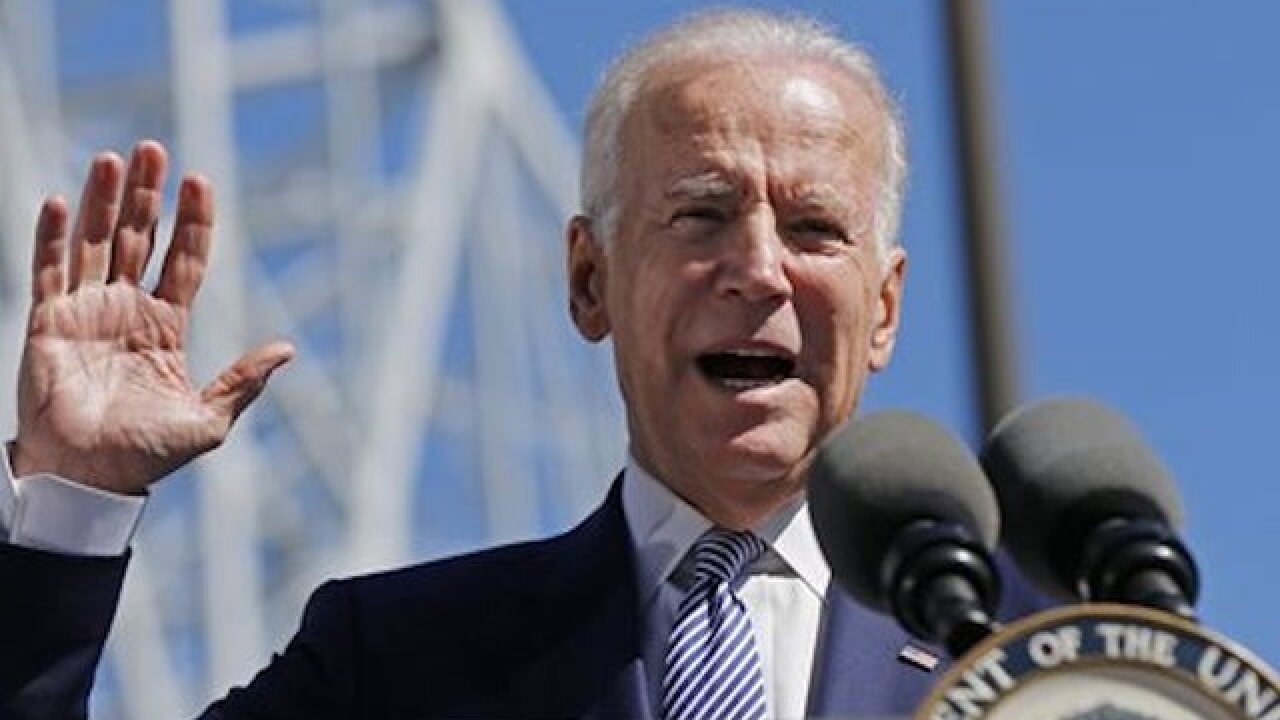 Copyright Associated Press
Gerald Herbert
<p>In this Feb. 17, 2016, file photo, Vice President Joe Biden speaks after touring the Port of New Orleans to commemorate the seventh anniversary of the American Recovery and Reinvestment Act in New Orleans. Biden, in a radio interview airing Thursday, Feb. 18, that President Obama is looking to nominate a Supreme Court candidate who has enjoyed past Republican support, offering some of the first indications of the presidentís criteria in replacing the late Justice Antonin Scalia. (AP Photo/Gerald Herbert, File)</p>

WASHINGTON (AP) — President Barack Obama is looking to nominate a Supreme Court candidate who has enjoyed past Republican support, Vice President Joe Biden said, offering some of the first indications of the president's criteria in replacing the late Justice Antonin Scalia.

In a radio interview airing Thursday, Biden pushed back against Republicans who insist that Obama hand off the decision to the next president. Still, Biden acknowledged that the Senate gets to have a say in confirming the president's pick.

"In order to get this done, the president is not going to be able to go out — nor would it be his instinct, anyway — to pick the most liberal jurist in the nation and put them on the court," the vice president told Minnesota Public Radio. "There are plenty of judges (who) are on high courts already who have had unanimous support of the Republicans."

Biden's remarks came amid growing signs that some Republicans were softening their stance about considering Obama's nominee. Though Senate Majority Leader Mitch McConnell has said Obama shouldn't even nominate a candidate, Sen. Lisa Murkowski of Alaska said Wednesday that his nominee should get a hearing, and others have left the door open.

Former Supreme Court Justice Sandra Day O'Connor became the latest voice arguing Scalia's seat should be filled expeditiously. O'Connor, a Ronald Reagan nominee who retired in 2006, told Fox 10 in Phoenix she disagreed with those calling to wait for the next president.

"I think we need somebody there now to do the job," she said, "and let's get on with it."

Although the White House hasn't publicly disclosed any candidates Obama is considering, he's expected to look closely at a number of circuit court judges — including some that meet the benchmark that Biden laid out. Sri Srinivasan, who sits on the U.S. Court of Appeals for the District of Columbia Circuit, was confirmed 97-0 less than three years ago by the Senate, which also unanimously confirmed Jane Kelly in 2013 to the St. Louis-based Eighth Circuit.

Biden, who presided over Supreme Court confirmation hearings in the Senate, took issue with the notion that a Scalia replacement can't be confirmed during Obama's final year.

"To leave the seat vacant at this critical moment in American history is a little bit like saying, 'God forbid something happen to the president and the vice president, we're not going to fill the presidency for another year and a half,' " Biden said.