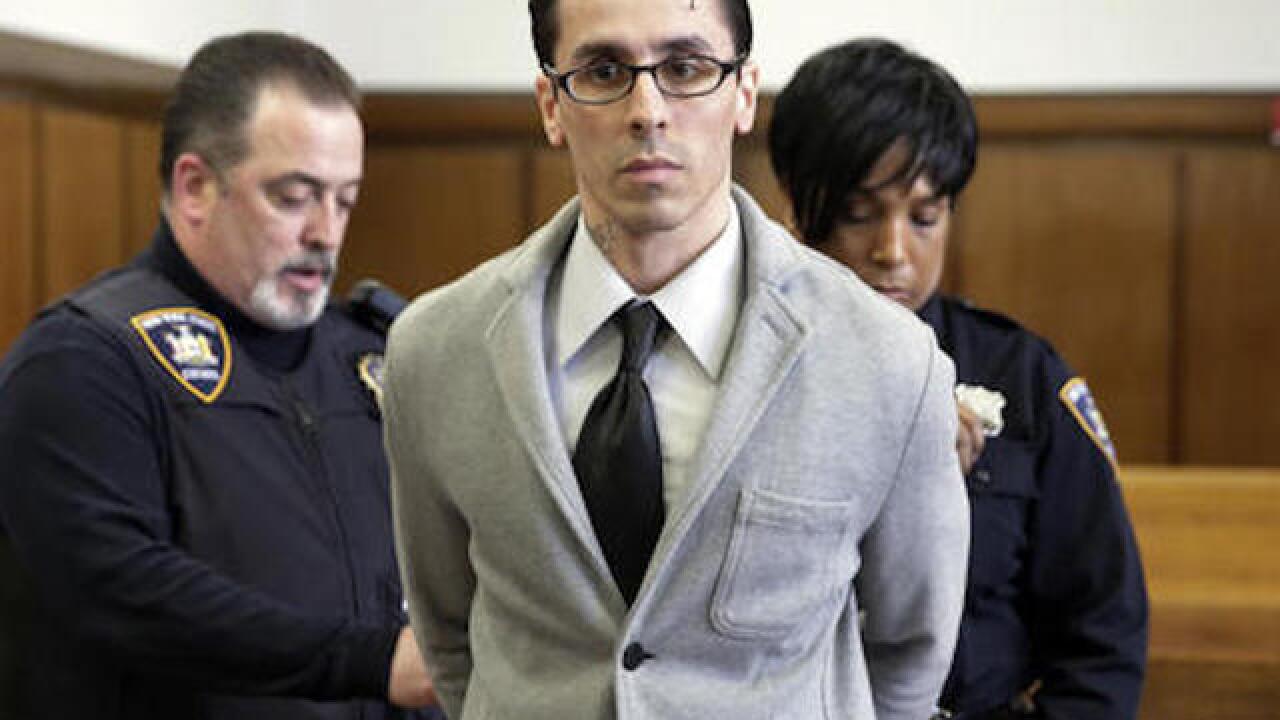 Richard Drew
<p>FILE- In this March 8, 2016 file photo, a court officer removes handcuffs from Elliot Morales at Supreme court, in New York. A jury found Morales guilty on murder as a hate crime charges for the May 2013 shooting of Mark Carson. (AP Photo/Richard Drew, File)</p>

NEW YORK (AP) — A bisexual man charged with shooting a gay man he taunted on a street was found guilty Wednesday of murder as a hate crime despite his assertions that he couldn't be a bigot because of his own sexual orientation.

A Manhattan jury deliberated over two days before finding Elliot Morales guilty in the May 2013 shooting of Mark Carson in the Greenwich Village neighborhood, a center of American gay life for decades.

"Motivated by irrational rage, the defendant targeted and executed a defenseless young man based on his sexual orientation after taunting and insulting the victim and his companion," Manhattan District Attorney Cyrus R. Vance Jr. said in a statement.

Morales, 36, represented himself. A message left at his legal adviser's office after the verdict wasn't immediately returned.

Morales faces 20 years to life in prison. His sentencing is set for April 11.

Morales admitted shooting Carson but said he acted in self-defense and couldn't be guilty of a hate crime because he is bisexual. His star witness was a transgender woman who testified that she was his ex-lover.

In Morales' closing argument last week, he wept and told jurors that he was "not a bigot of any type" and that charging him with a hate crime was "ridiculous."

The shooting happened a few blocks from the Stonewall Inn, the site of 1969 riots that helped give rise to the gay rights movement.

Police said Carson and his roommate were passing in front of a pizza parlor shortly after midnight on May 18, 2013, when Morales called out to them, using slurs and saying the men looked like "gay wrestlers." The two confronted Morales, following him around a corner, before he pulled a revolver and shot Carson in the face at close range, authorities said.

"Diagnosis dead, doctor," he is heard shouting on an officer's video. It then shows Carson sticking out his tongue.

As he cross-examined Carson's former roommate at trial, Morales blamed the two men for the conflict that led to the shooting and suggested they should have ignored the taunts and walked away.

Taking the stand in his own defense, Morales said he had been drinking heavily before the shooting. He acknowledged arguing with Carson and his roommate but denied using gay slurs. He said he pulled his gun because he was afraid.

"I thought he was going to take something out and shoot me with it," Morales testified. "I thought one or maybe both of them had a firearm. So I kind of raised the firearm and turned away and shot it at the same time."

Assistant District Attorney Shannon Lucey said in her closing argument that Morales had issues with his own sexuality and was jealous that Carson and his roommate were openly gay.

New York's hate crime law doesn't say attackers need to be of a different ethnicity or sexuality than their victims.