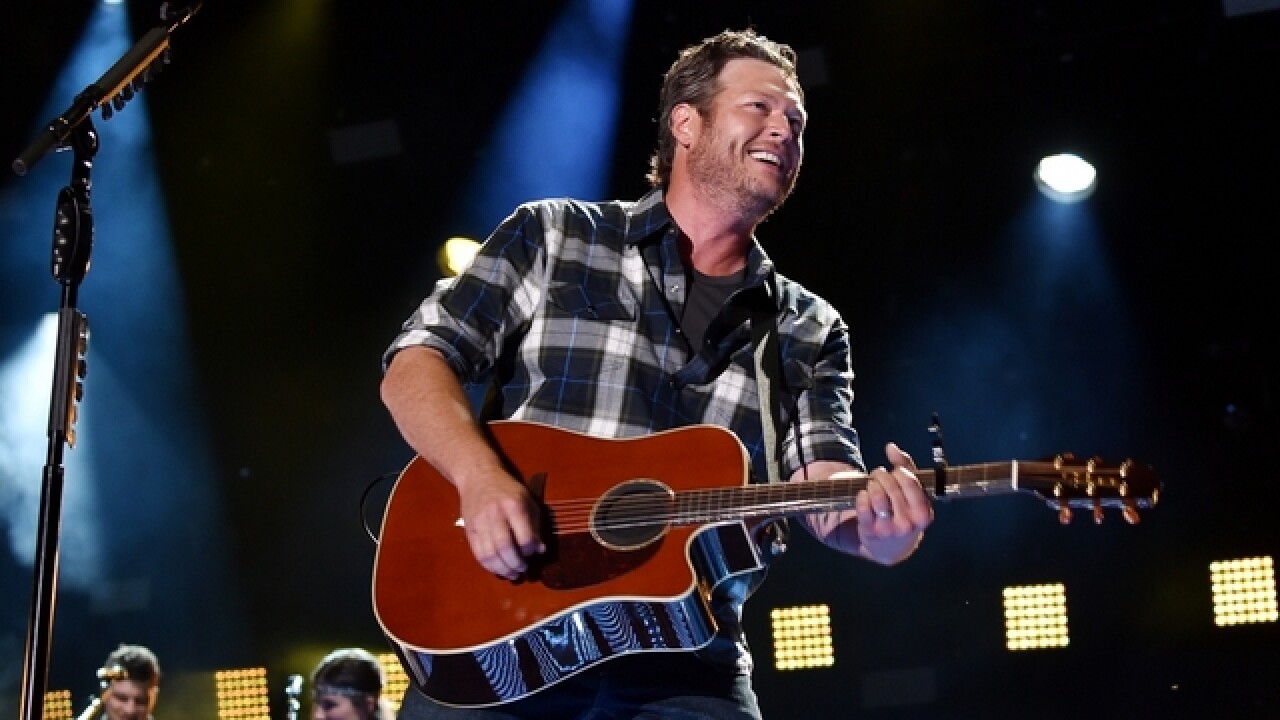 Titled "Came Here To Forget", Shelton doesn't appear to be holding much back about his personal life.

Shortly after being released on Tuesday, it jumped to the top spot on the iTunes country download chart.

Shelton, who is a coach on The Voice, has been seeing fellow celebrity coach Gwen Stefani for the past several months.

While Shelton didn't write the latest release from his 12th album, it definitely brings to mind some resemblance to his split from Lambert and new relationship with Stefani when he sings lines like "Girl getting over him, And I'm getting over her".

Shelton is currently in the middle of his latest national tour with opening act Chris Janson. This month takes him to New York, Tennessee, and Pennsylvania.

He will be notably absent from this year's ACM Awards on April 3. Not only did the show go a new direction with Dierks Bentley as Luke Bryan's co-host, Shelton also didn't see any nominations.