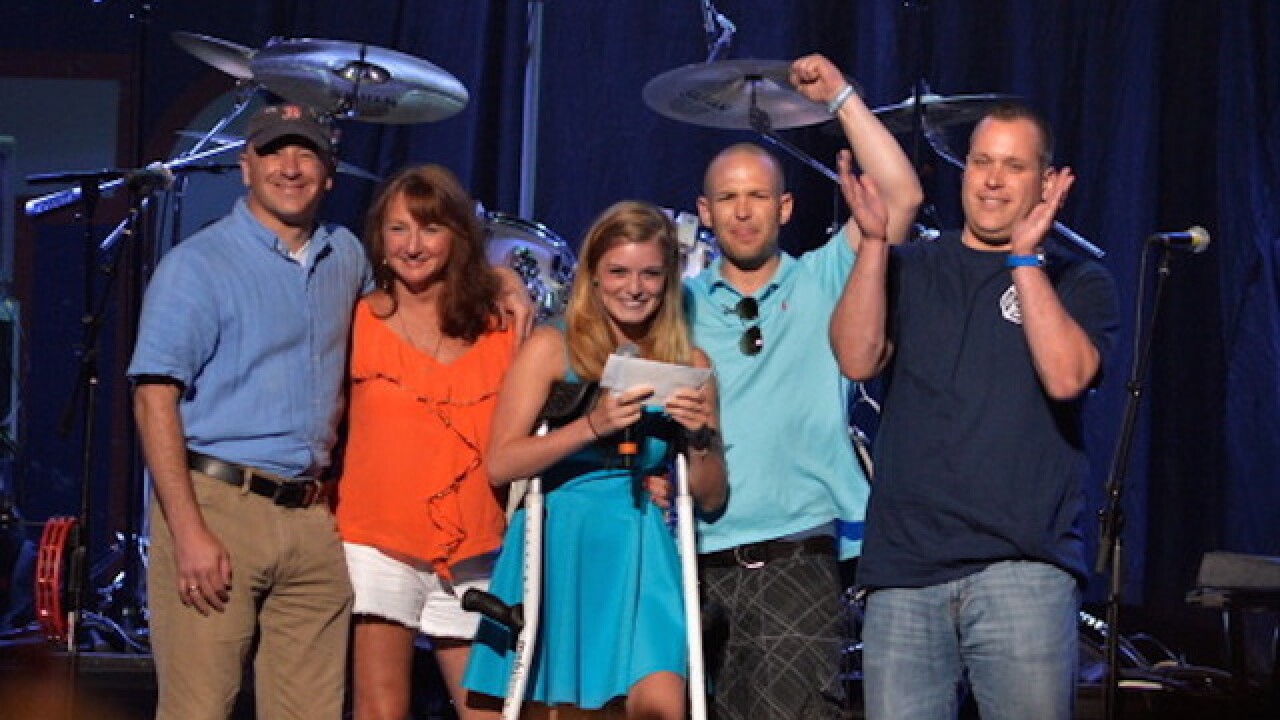 BOSTON (AP) — A college student who survived serious injuries in the Boston Marathon bombing was killed in a car accident in Dubai over the weekend, a spokesman for Northeastern University said Monday.

McGrath and Torres were on a personal trip and not studying abroad.

McGrath, 23, received severe shrapnel injuries to her left leg from the first of two bombs placed near the marathon finish line on April 15, 2013.

Bruce Mendelsohn, who was attending a post-marathon party in a building overlooking the finish line, rushed outside to help and saw McGrath lying on the ground, bleeding heavily from her left leg. Mendelsohn said he tied a scarf or T-shirt he found nearby around her leg as a tourniquet to stop the bleeding, a move McGrath's doctor later told him saved her life. Mendelsohn flagged down a firefighter, who carried McGrath away from the scene in what became one of the most widely used photographs from the bombing.

McGrath later tracked down her rescuers and formed friendships with them, Mendelsohn said.

"At the time, I was angry that anyone could do such a thing," Mendelsohn said of the bombing. "Now I'm angry that she's been taken from us."

A Northeastern spokesman said McGrath was scheduled to graduate this spring from Northeastern's school of business. She was originally from Weston, Connecticut.

The U.S. Embassy in Abu Dhabi declined to comment.

"She was devoted to helping others through leadership in student organizations and community service work," Aoun said of McGrath.

Torres, who was also scheduled to graduate this spring, came to Northeastern from Guaynabo, Puerto Rico, and was passionate about travel and working on issues related to nutrition and women's health, Aoun said.