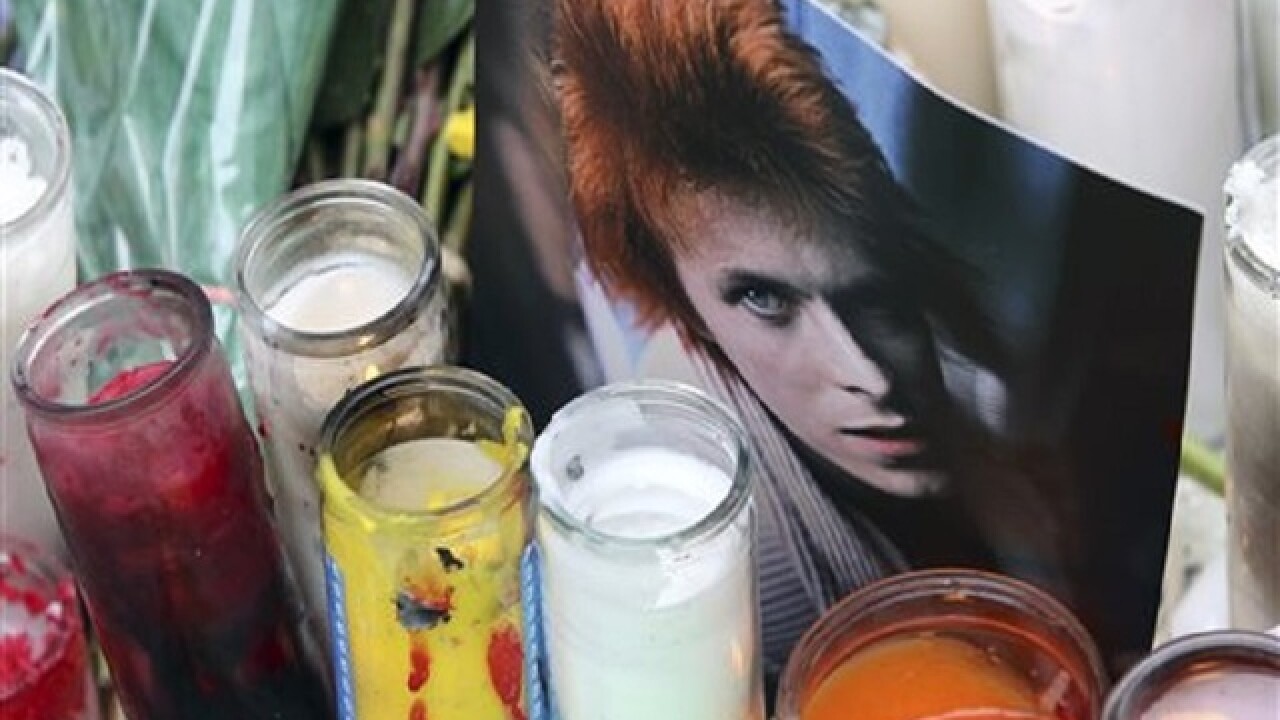 Mary Altaffer
<p>Candles and and a photograph are part of a make shift memorial outside the apartment building, Tuesday, Jan. 12, 2016, in New York, where David Bowie lived. Bowie, the chameleon-like star who transformed the sound - and the look - of rock with his audacious creativity and his sexually ambiguous makeup and costumes, died of cancer Sunday, Jan. 10. (AP Photo/Mary Altaffer)</p>

The music video service owned by Universal and Sony says views of Bowie videos hit 51 million Monday, the day after he died at age 69.
That broke the record held by Adele, whose videos had 36 million views when her song "Hello" debuted on Oct. 23.
Vevo hosts more than 60 Bowie videos, including "Space Oddity" and "The Jean Genie." The most-watched video on Monday was "Lazarus," from his last album, which had 11.1 million views.
Said to be a parting gift to fans, the lyrics to "Lazarus" begin "Look up here, I'm in heaven."
Copyright 2016 The Associated Press. All rights reserved. This material may not be published, broadcast, rewritten or redistributed.
RTV6