Olympic venues to be checked daily to slow Zika 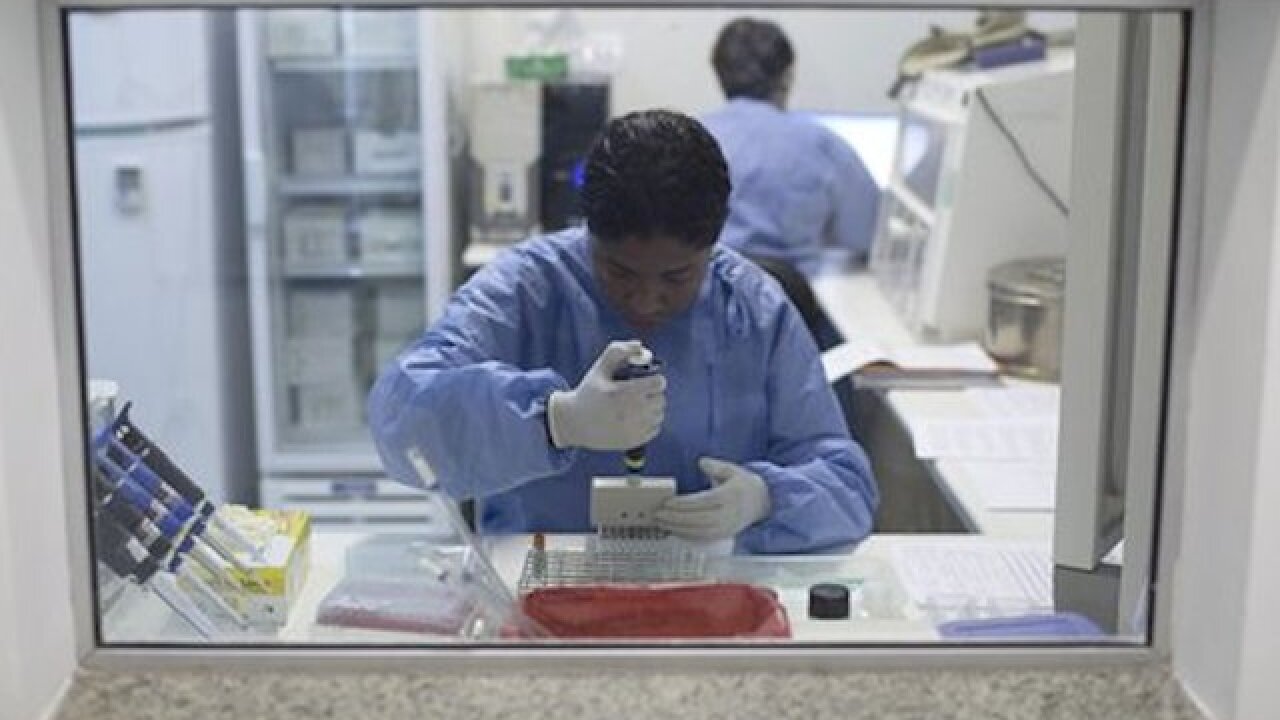 Copyright Associated Press
Leo Correa
<p>A graduate student works on analyzing samples to identify the Zika virus in a laboratory at the Fiocruz institute in Rio de Janeiro, Brazil, Friday, Jan. 22, 2016. Health officials say they're trying to determine if an unusual jump in cases of a rare nerve condition sometimes severe enough to cause paralysis is related to the spread of the mosquito-borne Zika virus in at least two Latin American countries. (AP Photo/Leo Correa)</p>

RIO DE JANEIRO (AP) — Rio de Janeiro's Olympic venues will be inspected daily during the games in a bid to prevent the spread of a mosquito-borne virus linked to a rare birth defect and also a condition that can cause paralysis, local organizers said Sunday.

Brazil is suffering from an outbreak of Zika virus, which health officials here say may be behind a spike in cases of microcephaly, which sees infants born with unusually small heads, as well as the paralysis-causing Guillain-Barre syndrome. The U.S. Centers for Disease Control and Prevention has advised pregnant women to reconsider travel to Brazil and 21 other countries with Zika outbreaks.

The Rio 2016 local organizing committee stressed that because the Aug. 5-21 games are during the southern hemisphere winter, Brazil's dry season, the mosquito population will be smaller.

In any case, teams will scour Rio's Olympic and Paralympic sites daily, looking for stagnant waters that are the breeding grounds for the Aedes aegypti mosquito that transmits Zika, as well as dengue and chikungunya.

"Rio 2016 will continue to monitor the issue closely and follow guidance from the Brazilian Ministry of Health," the committee said in a statement.

The Zika outbreak is the latest problem to hit South America's first Olympics, coming as Brazil battles its deepest recession in generations, as well as a gargantuan corruption probe that has ensnared top politicians and some of the country's most prominent businessmen.

The Zika virus originated in Africa and has spread through parts of Asia. It was first detected in Brazil late last year. Researchers suspect it may have been brought to the South American nation by a tourist during the 2014 World Cup or during an international canoeing event in Rio the same year.

The disease spread swiftly, hitting hardest the poor and underdeveloped region in the country's northeast.

Health officials sounded the alarm in October, after noticing a spike in cases of microcephaly in tandem with the Zika outbreak. Since October, Brazil has recorded 3,893 suspected cases of the birth defect — which can lead to stillbirths, as well as long-lasting developmental and health problems among survivors. In all of 2014, South America's most-populous nation recorded fewer than 150 cases of microcephaly.

Brazil's Health Ministry doesn't track the cases of Guillain-Barre syndrome, a rare and potentially life-threatening nerve condition that can leave victims paralyzed and on life-support, but doctors in the northeast have reported a six-fold jump in the number of cases during last year's rainy season.

Health experts blame the chaotic growth of urban centers and the proliferation of plastic, which provide fertile mosquito breeding grounds, for the spread of the Aedes aegypti mosquito that carries Zikai.

They say that a vaccine appears to be the best way of stopping Zika. Although the government has said it is pouring funds into developing a vaccine, officials caution that it will take at least three years.