Broncos hang on to earn spot in Super Bowl 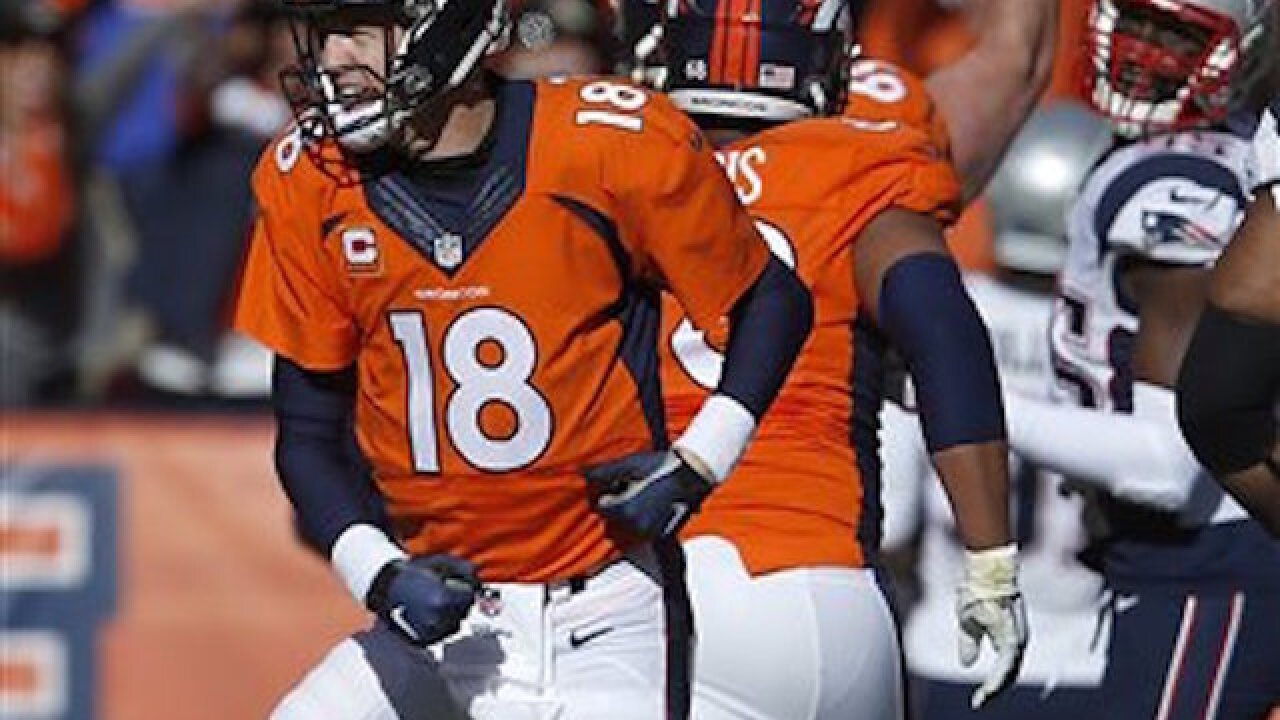 That really was Peyton Manning lumbering his way down the field for a 12-yard gain and a first down Sunday. And thanks to his defense, that will be Manning — the 39-year-old quarterback who was supposed to be on his way to a retirement party — and not Tom Brady playing in the Super Bowl two weeks from now.

Ol' No. 18 engineered a 20-18 victory over the Patriots — not settled until Broncos cornerback Bradley Roby picked off Brady's pass on a 2-point attempt that would have tied it with 12 seconds left.

The Patriots had to go for 2 after Brady hit Rob Gronkowski in the back of the end zone because Stephen Gostkowski missed his first extra point in 524 tries in the first quarter.

Aqib Talib stepped in front of Brady's pass and deflected it skyward.

Roby, who forced the game-changing fumble in last week's victory over Pittsburgh, made the pick. The Broncos recovered the onside kick and the celebration began. Manning is now 6-11 in his vaunted series against Brady, but 3-1 when it has counted the most — with the AFC title on the line.

Manning surpassed his boss, John Elway, as the oldest quarterback to take his team to the Super Bowl. The Broncos will play the Carolina Panthers Feb. 7.