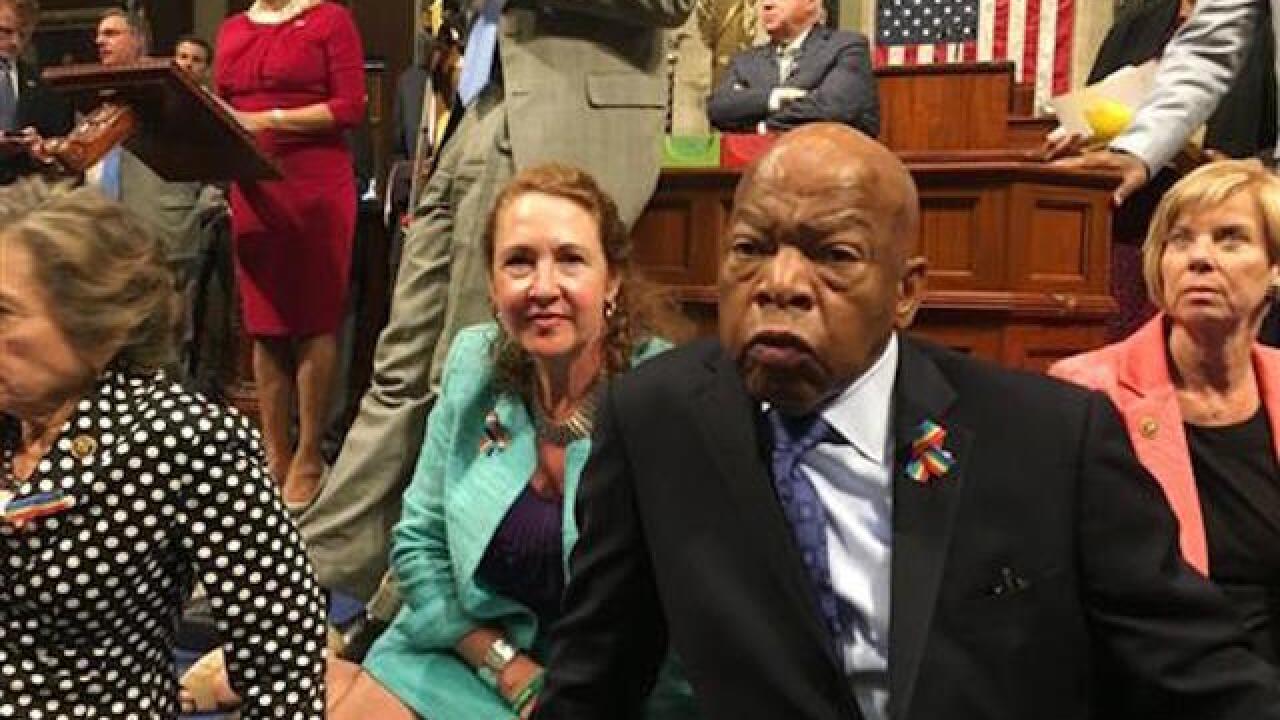 NEW YORK (AP) — With the cameras it uses to cover Congress shut off, C-SPAN turned to social media feeds on to beam live coverage of the House Democrat's sit-in to demand votes on gun control legislation

"No bills, no break," the Democrats chanted in between a succession of speeches, starting Wednesday morning and continuing overnight.

The nonprofit cable and satellite network C-SPAN and its offshoot covers each session of the House and Senate, using cameras placed in the chambers and controlled by the government. The network is independent, however, and accepts no government money, spokesman Howard Mortman said.

Through those cameras, C-SPAN aired the beginning of the protest with a speech by Rep. John Lewis, D-Ga. When it became clear Democrats were conducting a sit-in, the Republicans in control ordered the House into recess and shut down the network's cameras.

But two protesting representatives, Scott Peters of California and Beto O'Rourke of Texas, provided footage of the sit-in through Periscope and Facebook, and C-SPAN picked up those feeds to offer continuous coverage of the sit-in.

On its YouTube page, C-SPAN made available Lewis' speech before the cameras were shut down. Lewis, a civil rights era veteran, said that "sometimes you have to do something out of the ordinary."

The social media footage was grainier than the typical feed, and the Democrats were working without microphones. But as long as it is available, C-SPAN will air it, Mortman said.

"Our plan is to cover this until they are finished," he said.