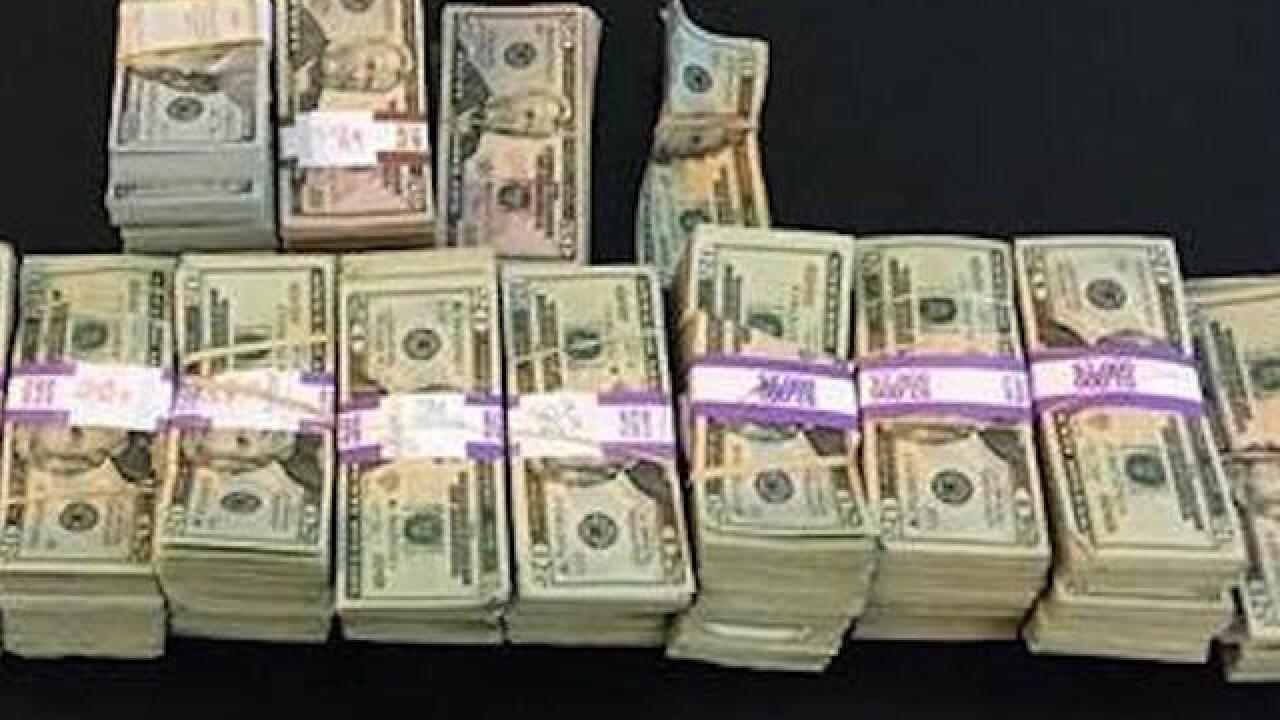 <div id="prtlt"> <p>In this photo released July 5, 2016 by the Boston Police Department, stacks of money totaling about $187,000 that were left in a taxi are displayed in Boston. Boston police said cab driver Raymond "Buzzy" MacCausland picked up a rider in Boston on Saturday who left a backpack containing the money in the taxi. After being unable to locate the man, MacCausland drove to police headquarters to turn in the cash. The unidentified rider was reunited with his money, which turned out had been inherited. MacCausland received a $100 reward. (Boston Police Department via AP)</p></div> <div id="summary" style="margin: 10px 0px 0px;">  </div>

BOSTON (AP) — A man who left about $187,000 cash in a Boston taxi has been reunited with his money thanks to an honest cabbie, police said Tuesday.

Raymond "Buzzy" MacCausland, a driver for the Independent Taxi Operators Association, picked up a fare with a cast on one leg on Saturday.

"He told me he was homeless and had been living in a shelter for six months," MacCausland said.

At one point, the man got out of the cab to meet a friend intending to return, leaving a bag behind, the 72-year-old MacCausland said. MacCausland waited about 30 minutes, but the man didn't return. So, he drove to the man's hotel to look for him.

Unable to find the man, even with the help of the hotel staff, MacCausland looked in the bag for identification. There he found three bundles of $50 and $100 dollar bills. He immediately drove to police headquarters to turn in the cash.

Police found paperwork indicating that the money was part of an inheritance.

"To me that was a relief," MacCausland said. "Because I know if it wasn't they'd come looking for me."

The money was returned to the unnamed man after police determined he was the rightful owner. The man gave MacCausland a $100 reward.

"This hackney driver exhibited exemplary behavior and his honest deed should be recognized," Police Commissioner William Evans said in a statement.

About 30 years ago, another person left a large sum of money in MacCausland's cab. A fare he drove to the airport left a briefcase containing $10,000 behind. That person didn't give him a reward, he said.