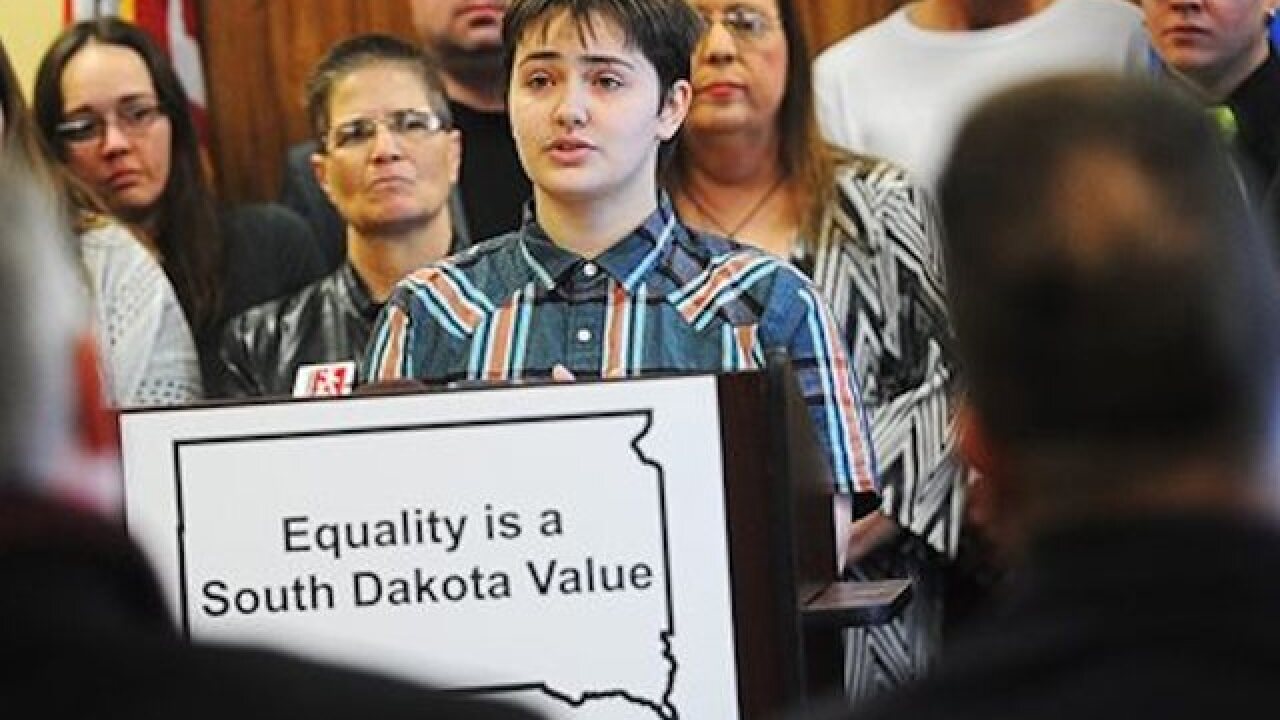 Joe Ahlquist/Argus Leader via AP
Joe Ahlquist
<p>In this Jan. 29, 2016 photo, Thomas Lewis, an 18-year-old transgender student at Lincoln High School in Sioux Falls, S.D., speaks during a press conference in Sioux Falls against legislation that groups have said would discriminate against transgender people. South Dakota would be the first state in the U.S. to approve a law requiring transgender students to use bathrooms and locker rooms that correspond to their sex at birth if the governor signs a bill passed Tuesday, Feb. 16, 2016, by the state Senate. (Joe Ahlquist/Argus Leader via AP) </p>

SIOUX FALLS, S.D. (AP) — Transgender Olympic gold medalist Caitlyn Jenner has called on South Dakota Gov. Dennis Daugaard to veto a bill that would require transgender schoolchildren to use bathrooms and locker rooms that correspond with their sex at birth.

Jenner urged her Twitter followers on Monday to tell Daugaard to reject the measure and to not make South Dakota the first state to adopt such a law. She also tweeted a link to an American Civil Liberties Union page opposing the bill.

The measure would require schools to make a "reasonable accommodation" for transgender children, such as a single-occupancy bathroom.

Daugaard plans to discuss the bill later Tuesday with a group of transgender people.