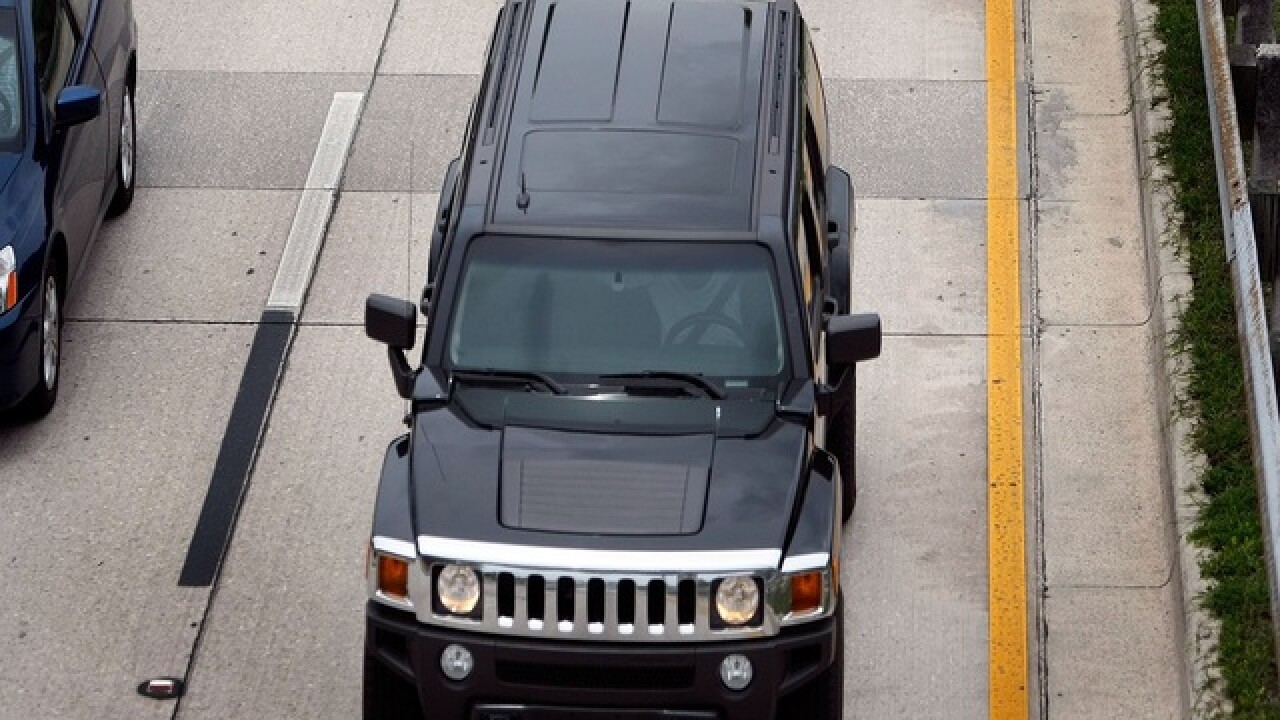 A police pursuit took place Monday in Orange County, California, where officials chased a Hummer with three kidnapped people -- two of whom were children -- inside, the California Highway Patrol said.
The chase started shortly before 5 p.m. Monday. Police received a call that a man had abducted his two kids, ages 1 and 5, as well as their mother.
The mother, the suspect's ex-girlfriend, reportedly had a restraining order on the suspect.
A couple hours into the chase, the driver reportedly stopped at Newport Beach, where police surrounded him, CBS Los Angeles reports. However, he refused to surrender or let his family go and the standoff continued for several more hours.
Around 10 p.m., the suspect finally parked the car and fled on foot. Reports did not confirm that the suspect had been caught.
The victims were reportedly unharmed in the incident.
Scripps Only Content 2016