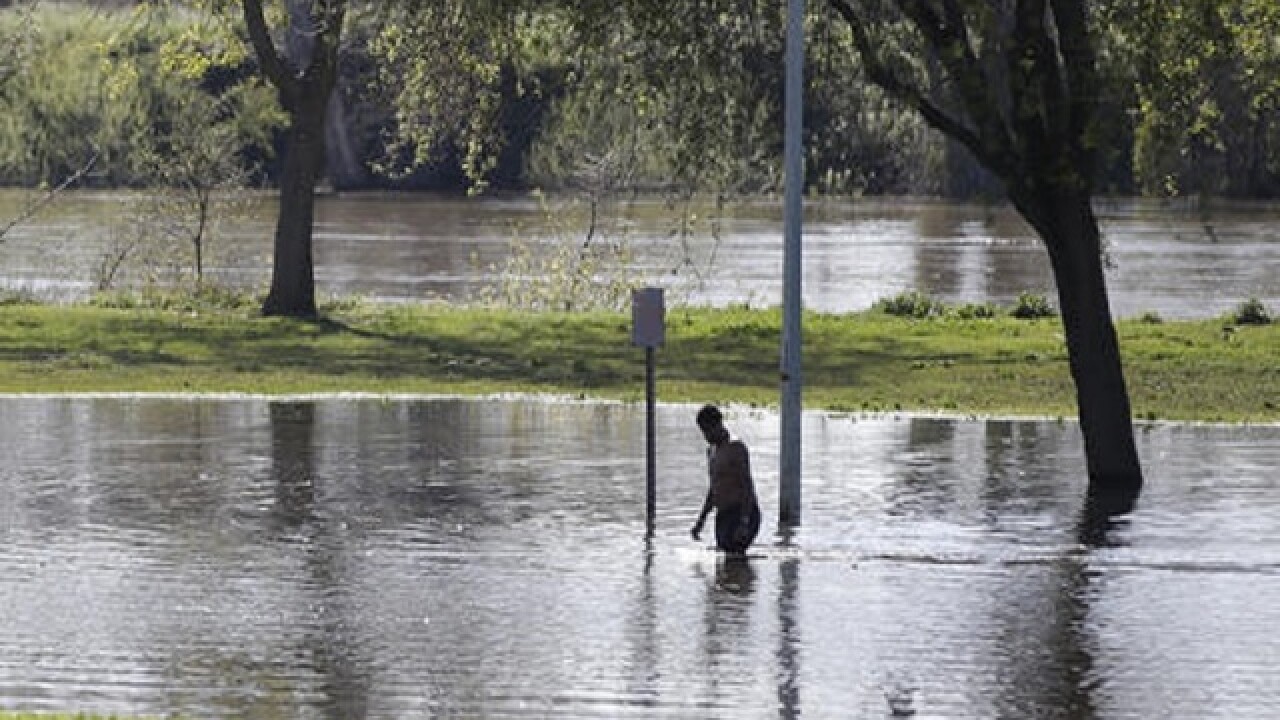 Rich Pedroncelli
<p>A man wades through a flooded parking lot at Discovery Park, Thursday, March 17, 2016, in Sacramento, Calif. Recent storms brought much needed rain and snow which caused some waterways to spill over their banks flooding low-lying areas. The Department of Water Resources announced, Thursday, it would be able to give its client water agencies 45 precent of their water allocations this year, up from as low as 5 percent in 2014. (AP Photo/Rich Pedroncelli)</p>

SAN FRANCISCO (AP) — California further eased some water cutbacks Thursday as a rainy March lessens the state's five-year drought.
The state Department of Water Resources announced it would be able to give its client water agencies 45 percent of their water allocations this year. That's up from as low as 5 percent in 2014, in the middle of California's driest four-year stretch on record.
In January and again in March, winter storms have been bringing vital snowpack to the Sierra Nevada and rain to Northern and Central California reservoirs.
It's the third such increase in recent months. The easing of cutbacks could affect up to two-thirds of California's nearly 40 million people, and just under a million acres of irrigated farmland.
Despite Thursday's easing, the state's cities and towns will remain under a mandatory conservation order of 20 percent and up, for now, state water officials say.
The U.S. Drought Monitor said Thursday that almost all of California — 99.5 percent — remains in some level of drought.
But with a rainy March for the northern half and center of the state, the weekly drought monitor found 74 percent of the state was in severe drought or worse, down from 83 percent a week earlier.
Associated Press 2016