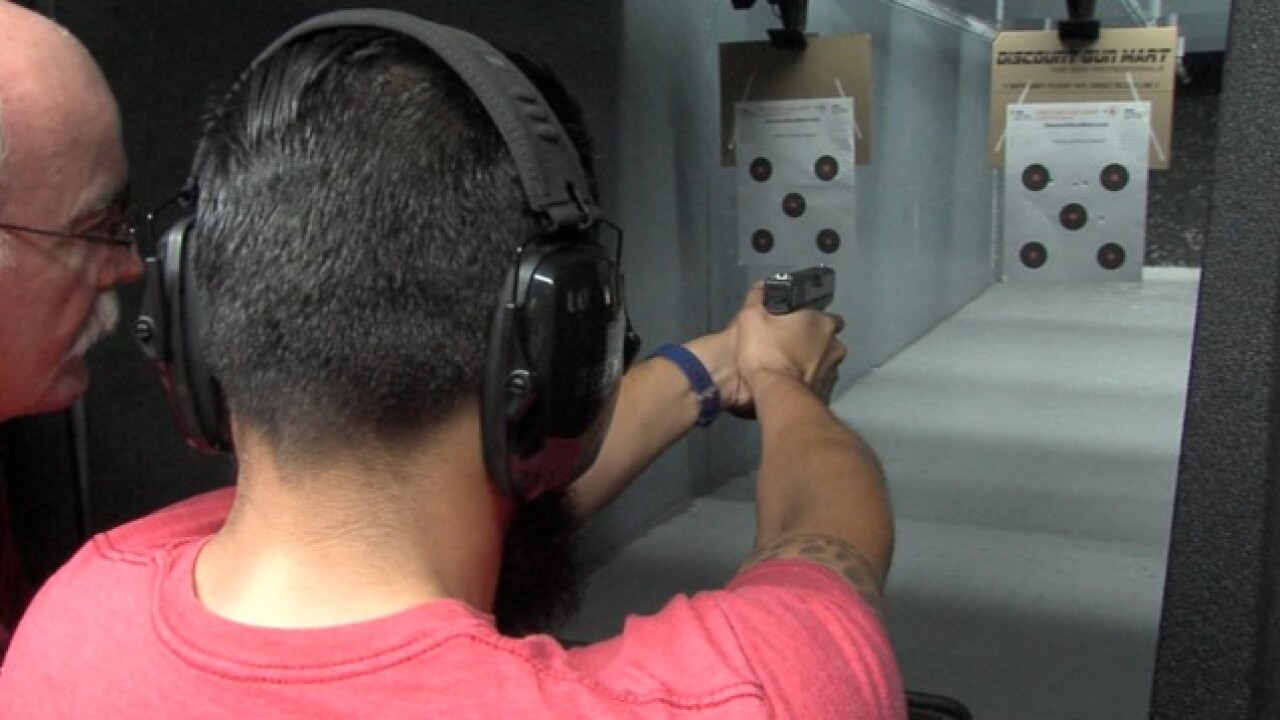 Copyright 2018 Scripps Media, Inc. All rights reserved. This material may not be published, broadcast, rewritten, or redistributed.
<p>An instructor watches over a teacher particpating in the free 'Train a Teacher Day' at Discount Gun Mart on June 10, 2018 (KGTV)</p>

SAN DIEGO — Amid the nationwide debate over gun control and school safety, a San Diego gun shop held a free class this Sunday for teachers.

Held at Discount Gun Mart, it was co-sponsored by the San Diego County Gun Owners, a political action committee.

About a dozen teachers from around the county showed up. Before the teachers got to fire any guns, instructors first went through a series of classes on safety, purchasing weapons and differentiating between sport rifles and assault weapons.

She said she used to have a concealed carry permit when she lived up in Northern California and worked in a winery in a remote area but she wanted a refresher on the current gun laws.

“Not all teachers are going to agree on everything but we need the information to make accurate decisions.”

But any attempt to arm teachers as a means of protecting students would require a change to California law.

As of Jan. 1, 2018 non-law enforcement personnel are not allowed to bring firearms on any campus across the state.

Previously, the law had allowed CCW permit holders to bring guns on campus if the superintendent granted them permission. But a law passed last October closed that loophole, only allowing exceptions for educational or sporting uses.