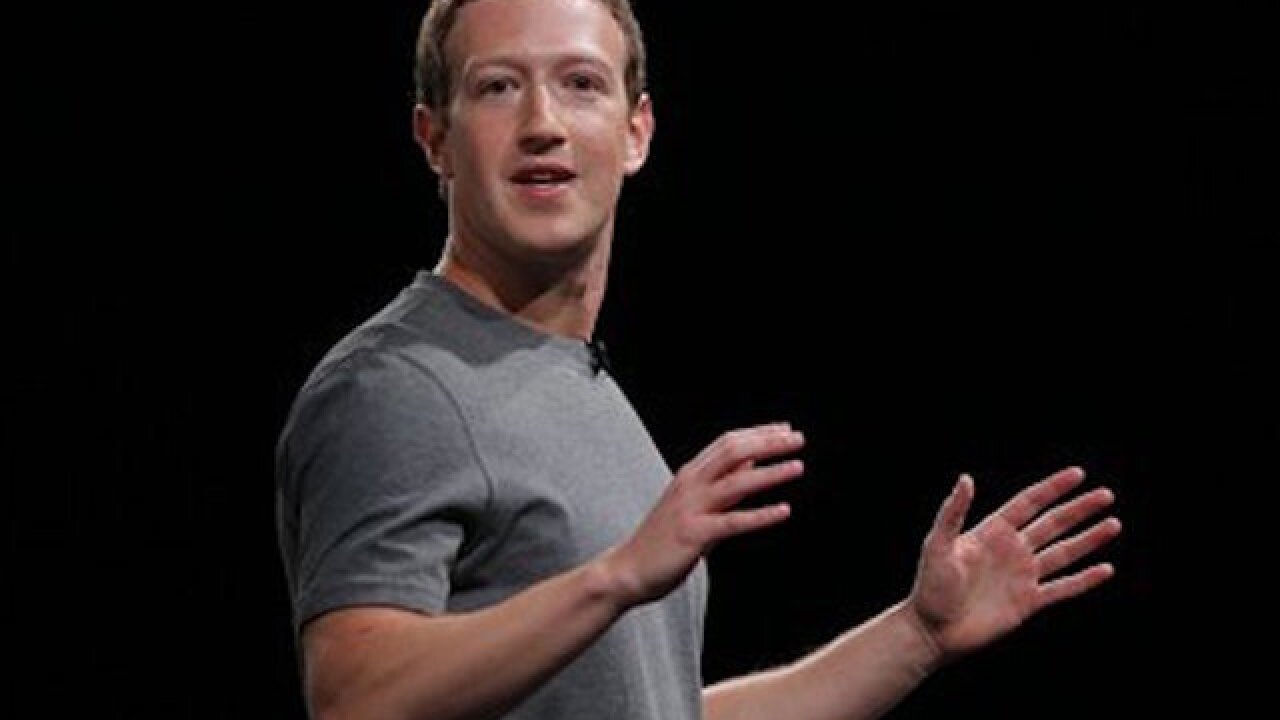 BARCELONA, Spain (AP) — To revive interest in smartphones, Samsung and LG are improving their cameras and embracing the nascent world of virtual reality.

Facebook's Mark Zuckerberg joined Samsung at the Mobile World Congress show in Barcelona, Spain, to announce that their companies are teaming up to push VR in mobile phones and social networking.

Virtual reality "is now mainly used for gaming, but that is quickly changing," Zuckerberg said. "That is why Facebook is investing so much in VR, so we can deliver these social experiences."

Samsung's new Galaxy S7 and S7 Edge promise better photos under low-light conditions, in part with sensors that capture more light. Both will work with the $100 Gear VR headset that Samsung released last fall. And Samsung will now make a 360-degree camera for everyday folks to capture and share VR images.

VR is still in its early days, with much of the interest coming from hard-core gamers and tech pioneers. Samsung wants to make it easier for everyday people to create VR videos — so that friends will buy VR headsets to view them.

LG will also have its own VR headset and 360-degree camera, while the main camera on its upcoming G5 smartphone will have two lenses — one for standard shots, and another with a wider angle to capture more of what's in front of you.

Sunday's announcements at the Barcelona show come as worldwide smartphone growth has slowed, particularly for high-end devices such as Samsung's S and LG's G series. Many consumers have turned to lower-cost Android devices that sport features considered top of the line just a few years ago.

Phone makers used to guarantee upgrades by making phones bigger and bigger — but phones can't get much bigger for one-handed use. In fact, the new LG phone is shrinking to 5.3 inches, from 5.5 inches last year. Samsung's Edge is getting bigger, at 5.5 inches, but because the sides curve like a waterfall, the phone won't be much wider. The main S7 model is staying constant at 5.1 inches.

With size out of the equation, phone makers have to innovate elsewhere.

"Their problem is that phones from two to three years ago are still in use," said Ian Fogg, head of mobile analysis at IHS Technology. "VR is essential. It is a smartphone-industry initiative to drive consumers to upgrade."

That's been particularly important for Samsung, as its chief rival, Apple, largely matched Samsung on size, while boosting the iPhone camera's resolution to 12 megapixels from 8. The iPhone has also gotten better at low-light shots, even surpassing some stand-alone, point-and-shoot cameras in performance.

"Having seen everything the smartphone can deliver, at Samsung we have other ideas," said D.J. Koh, the head of Samsung's mobile business.

In a few months, Samsung will start selling its Gear 360 camera, a device with front and back lenses to stitch together 360-degree videos for VR devices and apps. Samsung phones will come with apps for viewing those videos on the Gear VR and sharing them with friends.

Samsung's phones will see improvements, too, particularly in the camera.

Realizing that the megapixel count alone doesn't necessarily translate to quality images, Samsung is reducing resolution in the new phones to 12 megapixels from 18. That allows individual pixels on the sensors to be larger, thus capturing more light. The new cameras also allow the camera's aperture to open wider, letting in more light. Together, the shutter needs to stay open for a shorter time, reducing the blurring that sometimes mars indoor and night shots.

Samsung also says its new phones will have a faster focus, which it says will improve performance at low light.

And for the selfie camera, Samsung is turning the screen into a flash, similar to what Apple introduced last fall.

Samsung is restoring the ability to add storage, but the battery won't be replaceable by users, something Samsung had allowed before last year. Instead, Samsung is increasing the battery capacity in both models, though the Edge's larger screen and other new features in both models, including an always-on mode, will sip away power.

The new phones will start shipping March 11, with advance orders to begin this week. In some markets, including the U.S., Samsung is including a Gear VR headset for free to those who order ahead of time. Prices will vary by carrier and region. In the U.S., AT&T, Sprint and T-Mobile are offering the regular version for $650 to $695 and the Edge version for about $100 more. Verizon hasn't announced prices yet.

LG, meanwhile, designed the LG 360 VR headset to work with an LG smartphone that's attached by a cable. With Samsung's VR device, the smartphone is inserted at eye level and becomes the headset's display, increasing the weight on the head. LG's version has built-in, lighter displays in the headset's eyepieces.

For the G5 phone, an optional attachment will function as a camera grip with physical buttons to take shots and control video recording. It's part of LG's new modular approach to design; you'll be able to pop out the phone's bottom and swap in new hardware features.

Prices and release dates for the LG phone and accessories from both companies have yet to be announced, though the LG phone is expected in the U.S. in April.

Neither VR system will be as powerful as full-fledged VR devices coming this year. HTC said Sunday that a consumer version of the Vive will start selling in early April for $799, with ordering to begin Feb. 29. A personal computer is required and sold separately.

VR isn't limited to high-end devices: On Saturday, Alcatel announced a mid-range Idol 4S — with packaging that can be folded into VR headset.