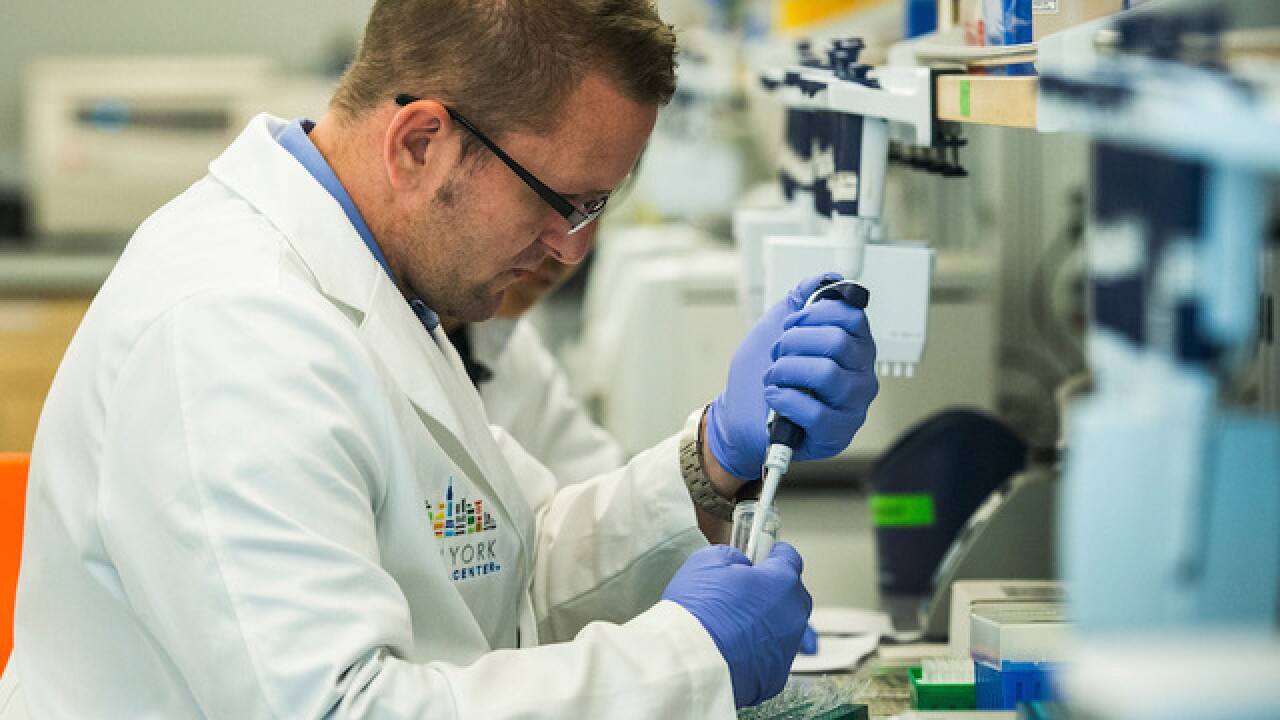 Andrew Burton
<p>Research technicians prepare DNA samples to be sequenced in the production lab of the New York Genome Center in New York City in 2003.</p>

In its annual status report on cancer in the United States, the Centers for Disease Control and Prevention announced that its research has found Americans are less likely to die from cancer.

Through the CDC’s study, it found that the death rate for cancer fell by 1.5 percent from 2003 through 2012. The CDC also found that male incidences of cancer decreased and remained steady for women.

The CDC said that culprits for the lower cancer death rates are improvements to early detection and prevention. The CDC points out that decreased tobacco use has help decrease lung cancer rates, although lung cancer remains the leading cause of cancer death in the U.S.

One concern the CDC had with its study was a marked increase in liver cancer. Liver cancer instances have seen a sharp increase from 2008 through 2012. In that time, the liver cancer rate jumped 2.3 percent.

Hepatitis B and hepatitis C  along with diabetes and alcohol consumption bring greater risk factors for liver cancer.