Car smashes into lobby of Trump Plaza in New York

Police say a car has smashed through the glass-doored front lobby of the Trump Plaza in New Rochelle, New York. 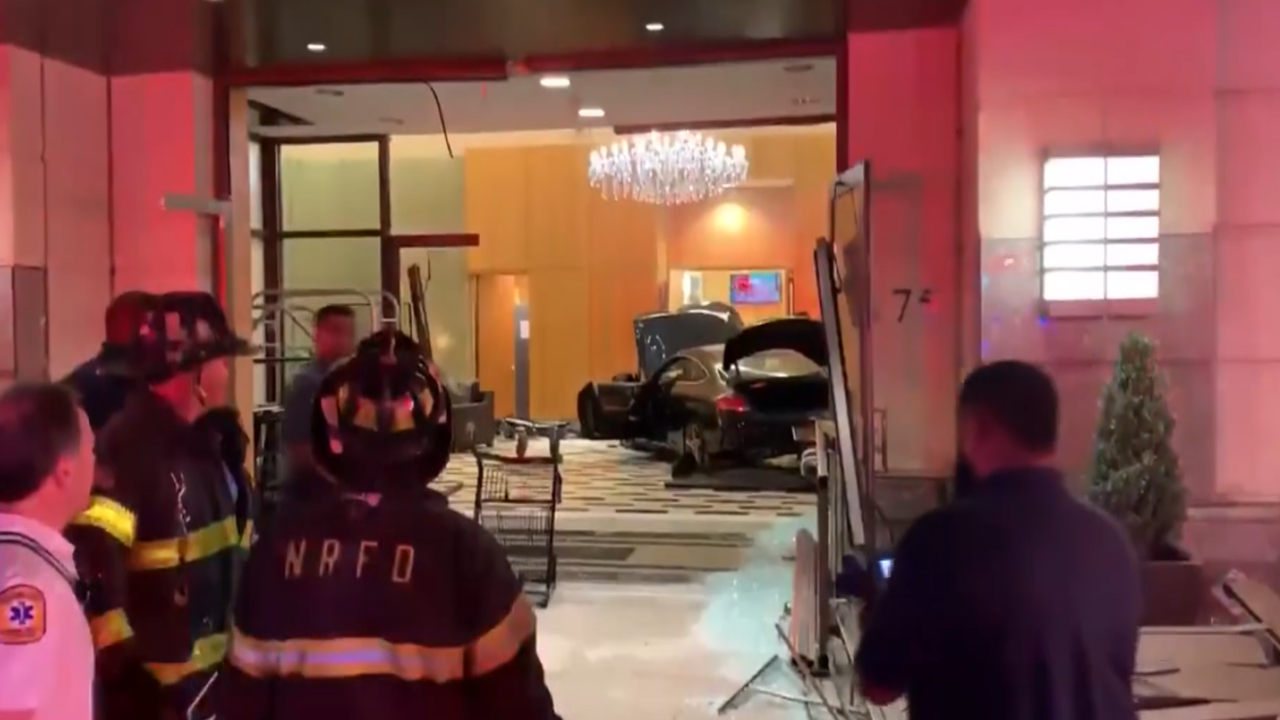 A driver and at least two pedestrians were injured after a car crashed into the lobby of the Trump Plaza in New Rochelle, New York on Tuesday night, police said.

Authorities told WCBS that there are no indications it was intentional, and it appears to have been an accident.

The driver was injured and was interviewed by police. Two pedestrians in the lobby of the 40-story luxury residence were also injured. None of the injuries appear to be serious.

Police are still investigating the cause of the crash.