Carter in Afghanistan to review security 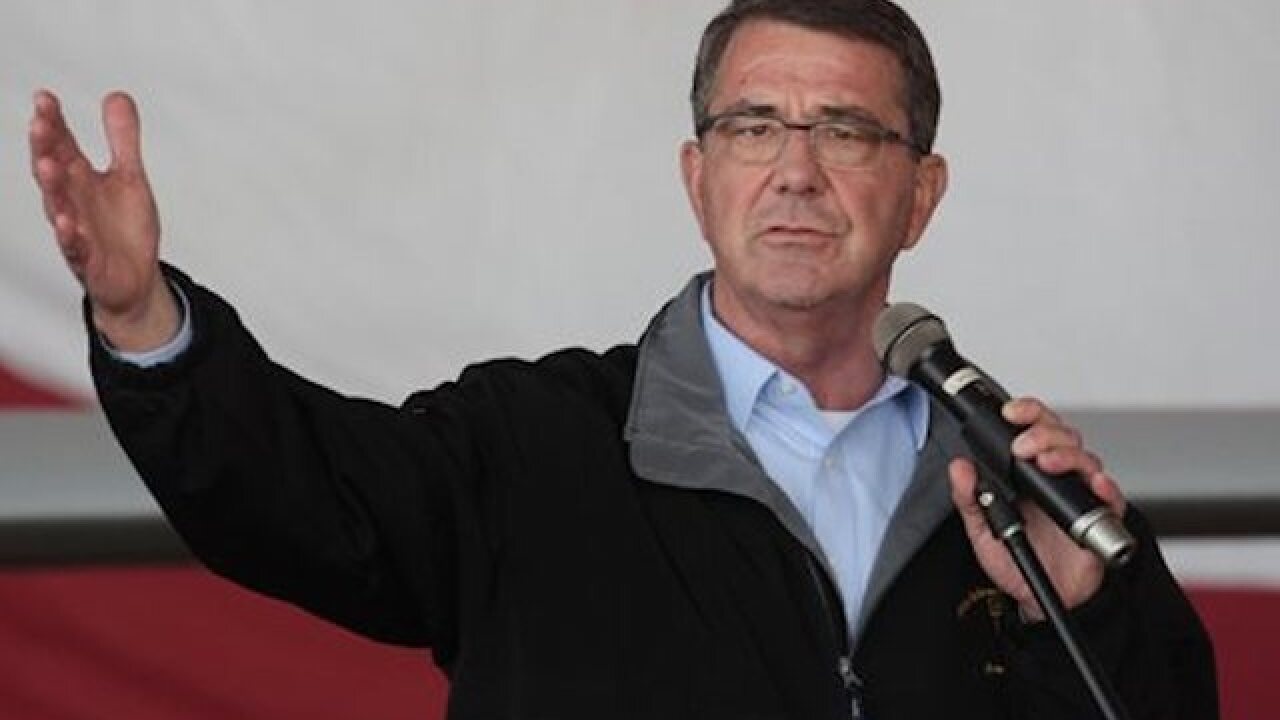 Uncredited
<p>In this Dec. 15, 2015, file photo, U. S. Defense Secretary Ash Carter addresses the U.S. troops at the Incirlik Air Base near Adana, Turkey. A news report published Wednesday, Dec. 16, said Carter used a personal email account to do some of his government business during his first months at the Pentagon. (AP Photo/File)</p>

BAGRAM, Afghanistan (AP) — Defense Secretary Ash Carter is in Afghanistan to assess the fragile security situation, amid reports of increased violence and a growing campaign by Islamic State loyalists to gain a foothold in the eastern part of the country.

Carter's visit comes as his top commander there, Gen. John Campbell, voiced concerns that foreign fighters from Syria and Iraq are joining with Afghans who have declared loyalty to IS in the east, near the Pakistan border.

Officials have been warning for some time that while the presence of IS has been small, it is attracting disaffected members of the Taliban. Campbell in an Associated Press interview said supporters of IS are trying to establish a regional base in Jalalabad.

Fueling those concerns is a new Pentagon report saying that the Taliban has been emboldened by the reduced U.S. military presence in Afghanistan and attacks increased this year.

Carter is on a weeklong visit to the region, and spent the last two days in Iraq.

Carter flew immediately from Bagram Air Field to Operating Base Fenty in Jalalabad, where he was met by Campbell.

There are about 600 U.S. troops at Fenty, one of the key bases where American troops will remain beyond 2016. Other bases have been shut down across the country as the number of U.S. and coalition forces has dropped in recent years.

Overall, there are about 14,000 U.S. and coalition troops in the country.

In October, at the urgings of his military commanders, President Barack Obama announced that he would keep troops levels steady through most of next year. By the end of 2016, rather than draw down to a Kabul-only U.S. military presence of about 1,000 troops as previously planned, Obama decided the U.S. will maintain 5,500 troops in Kabul and Bagram.

The latest report on violence in the country said Obama's decision reflects the need to give Afghans more time to develop a credible army.

According to a senior defense official, elements of the Taliban in eastern Afghanistan feel threatened by the Islamic State's growth there and it has created a new dynamic in the region. And the Taliban are resources to try to challenge IS.

One topic of discussion with the Afghans during the trip will be the U.S. plans to deliver A-29 Super Tucano close air support aircraft to the Afghans. They are supposed to get 20 by 2018, including eight early next year.

The official was not authorized to discuss the visit publicly so spoke on condition of anonymity.