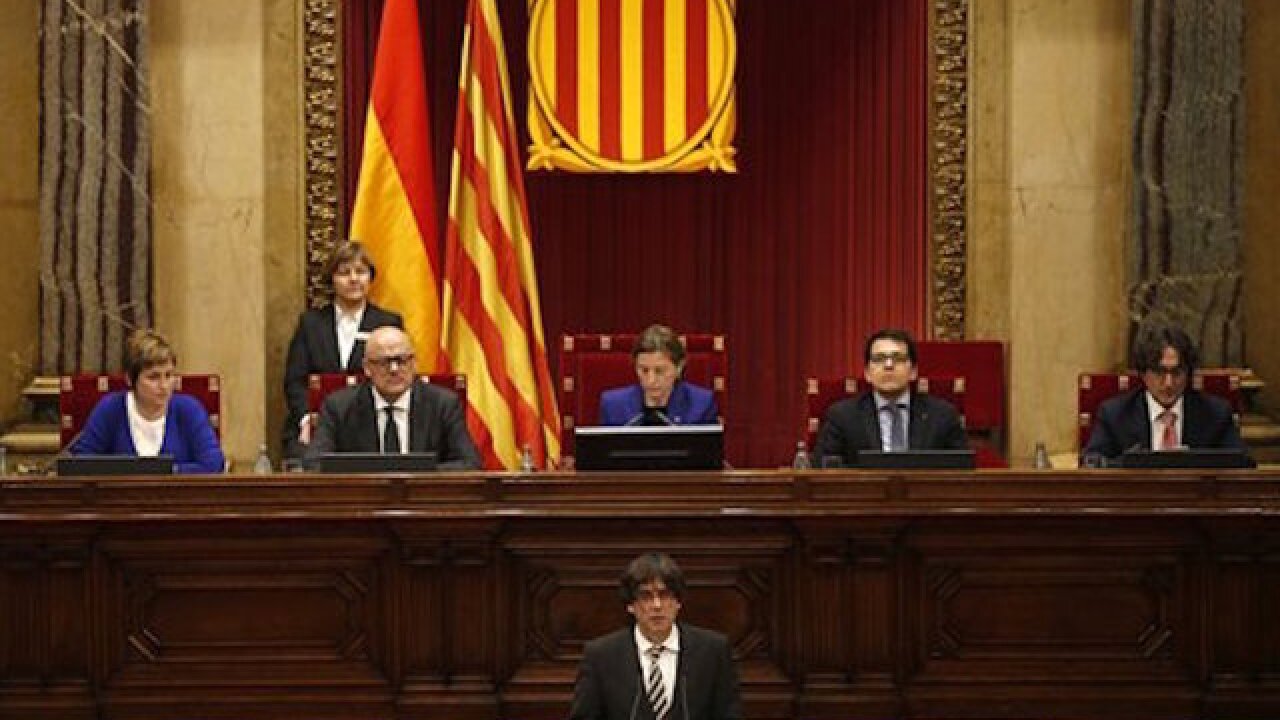 Manu Fernandez
<p>Incoming Catalan President Carles Puigdemont speaks during the investiture session at the Catalonian parliament in Barcelona, Spain, Sunday, Jan. 10, 2016. Catalonia's pro-independence parties have agreed to appoint a new leader to enable the creation of a regional coalition government and reinvigorate a push for independence from Spain by 2017. Carles Puigdemont was selected Saturday to replace Artur Mas as the "Together for Yes" alliance's candidate for regional government leader. (AP Photo/Manu Fernandez)</p>

MADRID (AP) — Catalonia's parliament voted in a new leader for the powerful northeastern region late Sunday after hearing he would forge ahead with a drive to secede from Spain.

During a pre-vote debate, Carles Puigdemont said he would continue with his predecessor Artur Mas' initiative to push the region bordering France toward independence by 2017.

Puigdemont was voted in as Catalonia's 130th president in a 70-63 vote, with two abstentions in the 135-seat chamber.

Puigdemont was selected Saturday to replace Mas as the "Together for Yes" alliance's candidate for leader, a decision that earned him the backing of the radical, anti-capitalist CUP party whose 10 seats were needed for a majority in the chamber.

The CUP refused to back Mas in his bid to retain the presidency.

The Spanish government considers the secessionist initiative to be unconstitutional and has used the judiciary to challenge it.

Acting Prime Minister Mariano Rajoy, whose Popular Party won the most votes in a Dec. 20 ballot but has so far failed to get a majority in parliament, said late Sunday that Spain wouldn't allow Catalan leaders to "grant themselves unlimited powers."

With the debate in the Catalan parliament still ongoing, Rajoy spoke on nationwide televison to say he had contacted most of Spain's main political parties and agreed with their leaders that secessionism wouldn't be tolerated.

"We have known how to set aside our differences to defend the unity of the nation," Rajoy said.

"I want to make it clear that the Spaniards can be calm," Rajoy said.