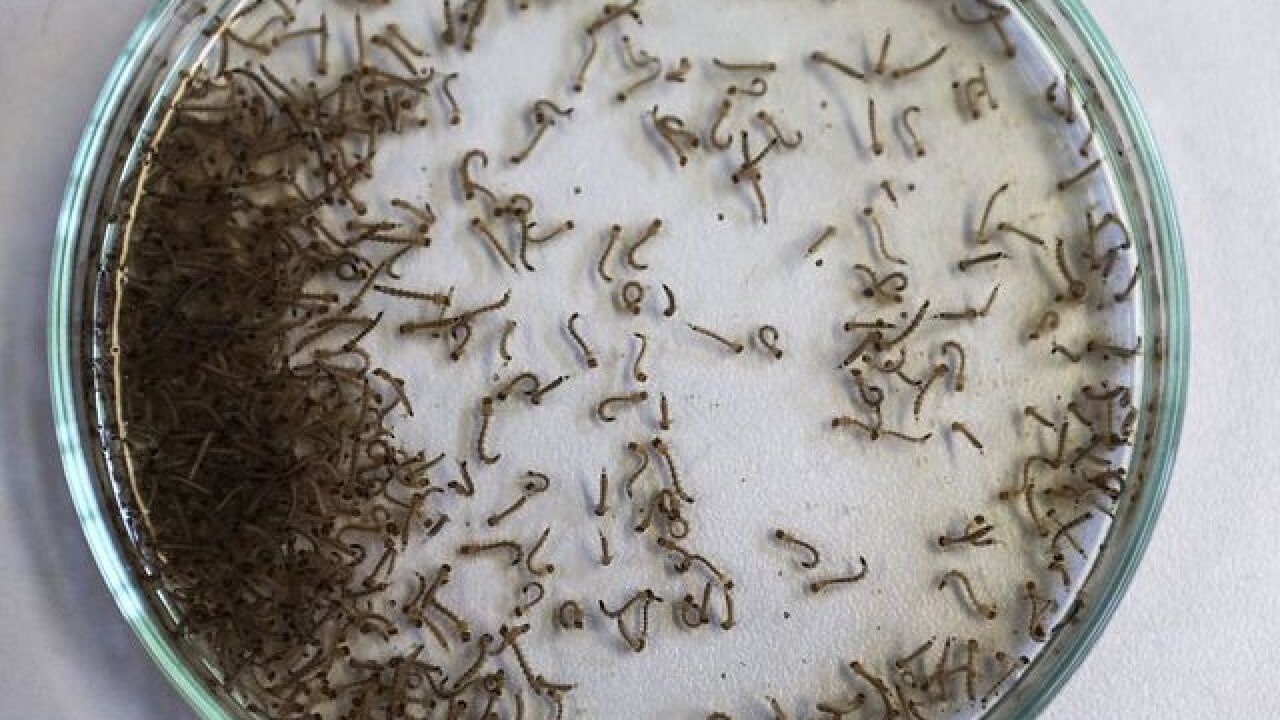 WASHINGTON (AP) — The House moved toward a Wednesday night vote on a $622 million GOP measure to combat the Zika virus, despite a White House veto threat and a warning from the director of the Centers for Disease Control and Prevention that it wouldn't do enough to respond to the swelling threat to public health.
"It's just not enough," CDC Director Tom Frieden said of the House measure. "It doesn't give Americans the protections they deserve, and with every day of delay it gets harder to do this." The House bill provides $120 million to the CDC for fighting Zika, far below the administration's $743 million request.
President Barack Obama requested $1.9 billion three months ago for overall efforts to fight Zika, which is spread by mosquitoes and sexual contact and can cause severe birth defects.
The House bill provides one-third of the request and limits the use of the money to the current budget year, which ends Sept. 30. It cuts funds provided in 2014 to fight Ebola to help offset the cost of the additional Zika money.
Frieden said in an interview with The Associated Press that the House measure would hamper the CDC's ability to monitor women and babies with the virus over several years, fight the mosquitoes that spread it, and develop better diagnostic tests.
"This is an unprecedented situation," Frieden said. "We've never had a situation before where a single mosquito bite could result in you giving birth to a child with a terrible birth defect that could change the rest of your life."
When Congress didn't act on Obama's request, he devoted almost $600 million in previous appropriations, mostly leftover funding from the recent and successful effort to fight Ebola, to combat Zika. Republicans pressed for the funding shift as a first step to battle Zika and they say the pending measure will carry the battle at least through the Sept. 30 end of the current budget year.
"Everything that has needed to be done has been done," said Rep. Tom Cole, R-Okla.
On Tuesday, the Senate advanced a $1.1 billion measure to fight Zika that earned sweeping support from Democrats even though it's less than the White House request. It is soon to be added to an unrelated spending bill, which adds a procedural wrinkle since the House bill will advance as a separate stand-alone measure.
The White House has issued a veto threat on the House measure, saying it is woefully inadequate and would only fund the Zika battle through September.
On Wednesday, a coalition of more than 60 groups, including the March of Dimes, sent lawmakers a letter saying the House GOP bill "fails to provide appropriate resources to address any of the needed public health efforts to protect pregnant women and their infants from Zika virus."
Zika is mainly a threat to unborn children and can cause microcephaly and other severe birth defects. Zika is commonly spread by mosquitoes, though all of the more than 500 cases in the continental U.S. have been linked to overseas travel.
Republicans say the administration has padded its Zika request and say there is plenty of unspent money in the budget to ameliorate its impact on the budget deficit. Top Republicans such as Appropriations Committee Chairman Harold Rogers of Kentucky have successfully pressured the administration to transfer unspent Ebola funds to finance almost $600 million in anti-Zika efforts such as research on the virus and Zika-related birth defects, response teams to limit Zika's spread, and assistance to other countries fighting the virus.
The GOP measure provides funding for researching vaccines, controlling the mosquitoes that spread Zika, developing better tests to detect Zika, and providing money to foreign governments to quell mosquito populations and inform people how to avoid getting the virus. Its cost is financed by further cutting unspent Ebola funding and money at the Department of Health and Human Services.
Democrats say the GOP measure is inadequate and will slow the testing of a vaccine, underfund mosquito control and limit aid to battle Zika overseas.
Democrats are expected to oppose the GOP plan in Wednesday's vote, though some have been cagey.
"I'm concerned about the cuts and after listening to Dr. Frieden this morning it is of great concern to me that they have a whole plan mapped out and they can't do it," said top Appropriations Committee Democrat Nita Lowey of New York. "If you're working on vaccines, if you're working on long-term issues, they can't do it. So I am not happy with the Zika bill."
Associated Press 2016