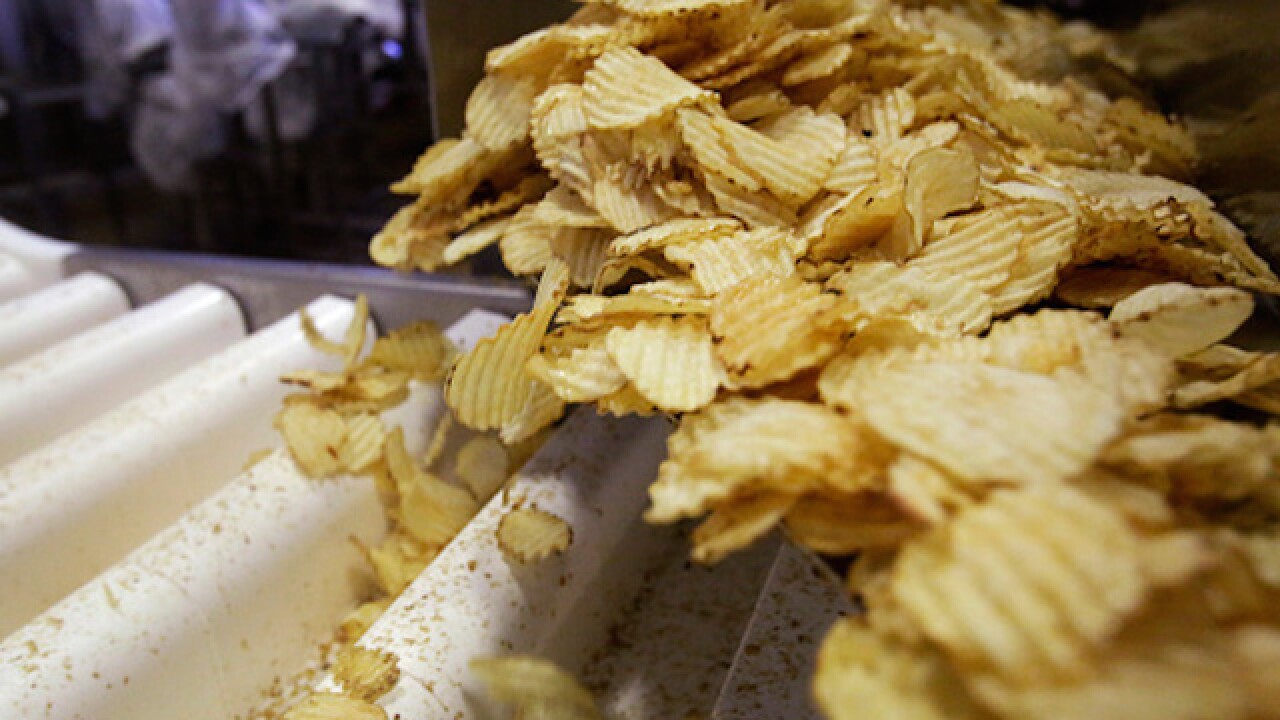 Copyright Getty Images
Meg Roussos
<p>SALEM, OR-- Potato chips are transported on a conveyer belt to be transferred to the inspection stage in the potato chip manufacturing processes that inside the Kettle manufacturing facility on March, 5, 2015 in Salem, Oregon. Meg Roussos/Bloomberg</p>

In last week's report published in the Centers for Disease Control and Prevention's (CDC) Morbidity and Mortality Weekly Report, Americans of nearly every demographic are consuming more sodium than what is needed for a healthy diet.

“Sodium reduction is a key part of preventing heart disease and stroke,” said Sandra Jackson, an author of the report and an epidemiologist in CDC’s Division for Heart Disease and Stroke Prevention. “Reducing sodium is an achievable and effective strategy to improve heart health for everyone, but it’s going to take all of us working together to make it possible.”

Find deals for fresh food in this week's circulars

Sodium is a key ingredient in salt, but salt shakers are not the primary way Americans get their sodium.

Much of the culprit is from restaurants and processed foods where Americans have little say in the amount of sodium in food. Nearly 75 percent of the sodium Americans consume is from prepared food for them.

"About one in three U.S. adults – or about 70 million people – already have high blood pressure and only half have it under control," the CDC said in its report. :Heart disease, stroke, and other cardiovascular diseases kill more than 800,000 Americans each year and cost nearly $320 billion a year in health care and lost productivity."

Here are some suggestions from the CDC on how to reduce sodium intake: