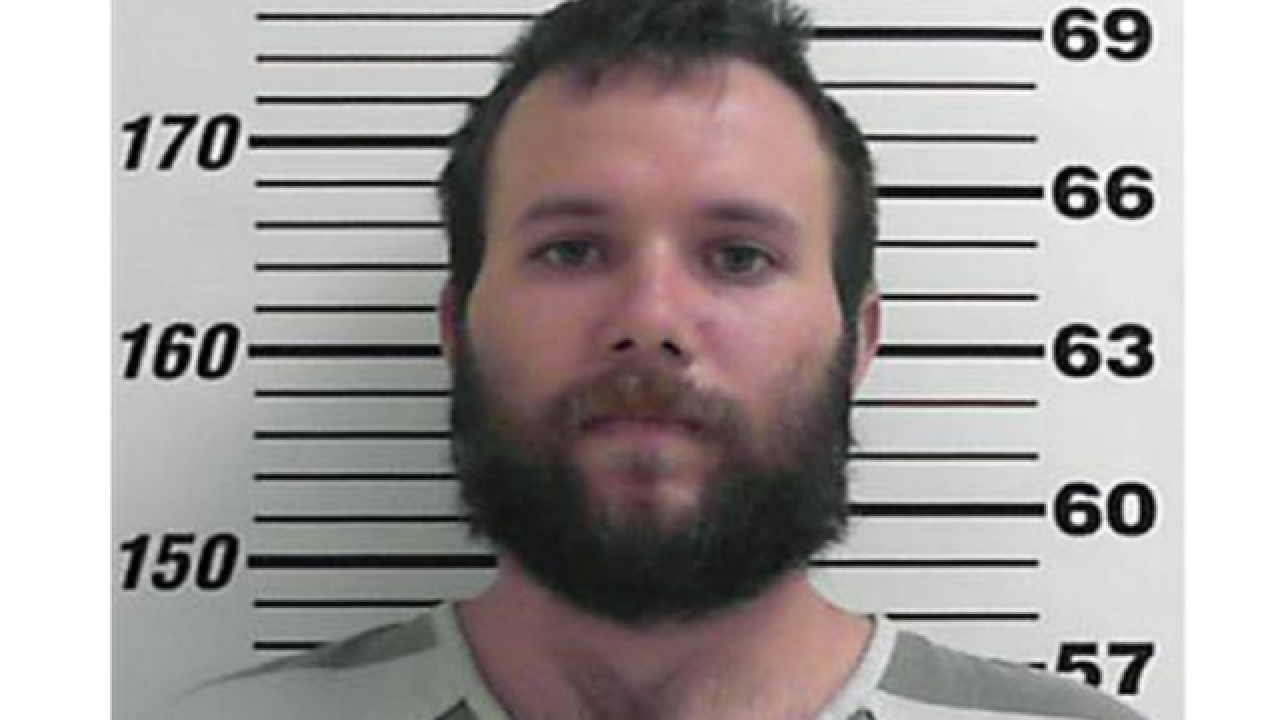 SALT LAKE CITY (AP) — A Salt Lake City train worker who was kidnapped during his shift by a father and son on the run from police died just over two hours later in the wind-swept Wyoming countryside, beaten beyond recognition and his neck slashed, authorities said.
Flint Wayne Harrison and Dereck James "DJ" Harrison left Kay Ricks to die and went to a fast-food drive-thru, prosecutors said in charges filed Tuesday.
Ricks was beaten to death by the Harrisons on their way to a remote Wyoming hideout, dodging police who say they tied up five women in a Utah basement. The pair was arrested after a five-day manhunt, prosecutors said.
The new kidnapping and murder charges filed in Lincoln County, Wyoming, offer the first detail into how authorities believe the 63-year-old Ricks, a family man and veteran Utah Transit Authority worker, was killed on May 12.
The case could carry the death penalty, though County Attorney Spencer Allred declined to say whether he'll seek it. It's not clear why the pair took Ricks with them as they fled Salt Lake.
The Harrisons had been lying low for two days when Ricks reported to work at about 3 p.m., according to documents written by Special Agent Mike Carlson of the Wyoming Division of Criminal Investigation.
Ricks left the authority yard in his white, Ford F150 pickup truck to work at the 9th Street Substation. At around 5 p.m., a radio dispatcher heard a commotion over Ricks' radio. Then it went silent.
Investigators estimate the father and son crossed into Wyoming with Ricks in his truck at about 6:24 p.m. About 45 minutes later, they turned down a dirt road leads to Cumberland Bridge, spanning the North Fork of Little Muddy Creek.
Authorities say the Harrisons beat Ricks with a blunt object for 18 minutes and dragged his body under sagebrush.
That night, both UTA and Ricks' wife reported him missing.
His body was found five days later. Investigators also found a bloody utility knife under Ricks' left foot and an autopsy found he suffered cuts to his neck and defensive wounds to his forearms and hand.
The Harrisons were caught after Flint Harrison, 51, turned himself him. He told authorities his son, 22, was hiding at a campsite nearby and warned that he would shoot it out with officers, according to Carlson's statement.
"F. Harrison told the investigator that D. Harrison was a 'killer' and he had killed people in the past and how D. Harrison would steal a vehicle to get away," Carlson wrote. Dereck Harrison was spotted near a roadblock a few hours later and arrested.
The Harrisons are being held on separate kidnapping and other charges in Utah, and it unclear when they will be brought to Wyoming to face charges there. Utah lawyers for the two men said they could not comment on the Wyoming case.
Utah prosecutors say the Harrisons lured a woman and her four teenage daughters to a house Centerville, Utah, with an invitation to a barbecue, then tied them up and beat them with a baseball bat on May 10. Authorities claim the men had been using methamphetamine and wrongly believed the mother had turned them in to authorities.
The Harrisons drove away after the women got free and abandoned their own vehicle shortly afterward, police said. The police search grew to include Pinedale, Wyoming, some 240 miles from Salt Lake City, because Flint Harrison has a home there and his ex-wife told investigators he was likely to hide out there.
Ricks' Utah Transit Authority truck was also found near the suspects' hideout, the transit authority markings painted over with spray paint, investigators said.
A spokesman for the Ricks family said he was sickened by the events.
"How could somebody do this?" Richard Massey said. "We're just sad, to tell you the truth."
Copyright 2016 The Associated Press. All rights reserved. This material may not be published, broadcast, rewritten or redistributed.