Chicago lived up to its Windy City' nickname 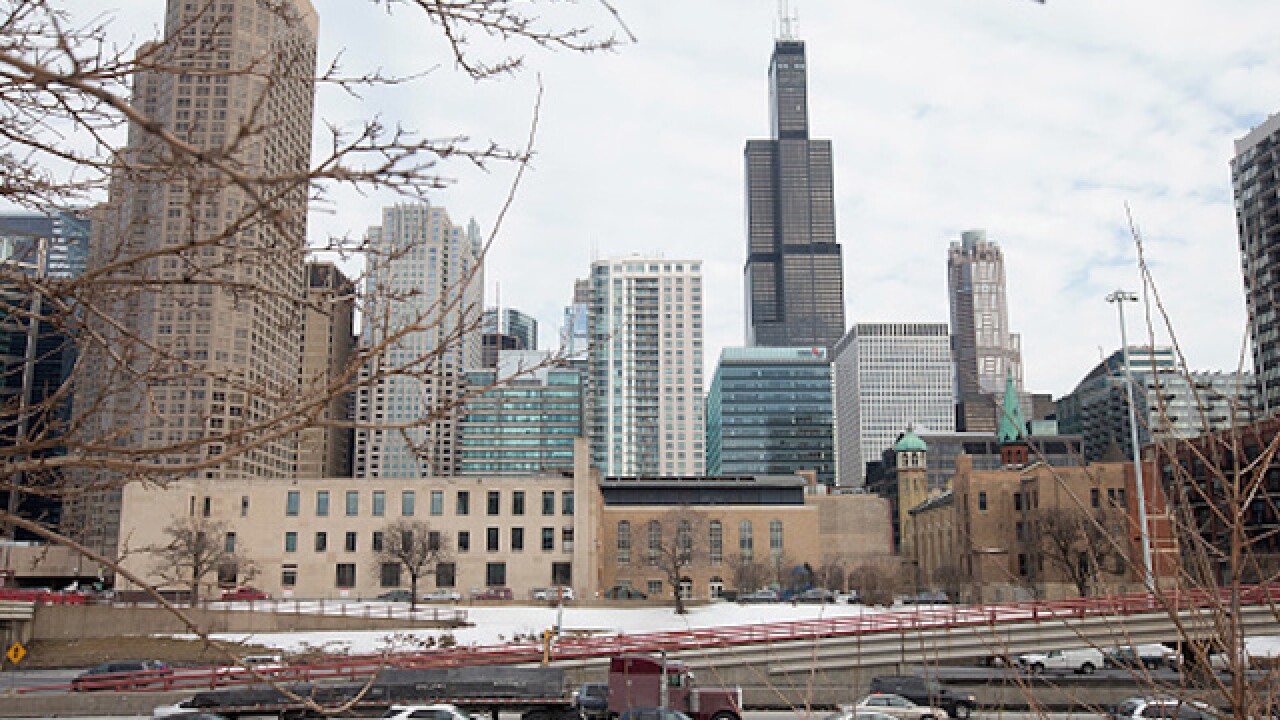 Scott Olson
<p>CHICAGO, IL - MARCH 04: The Willis Tower, formerly known as the Sears Tower, dominates the southern end of the downtown skyline on March 4, 2015 in Chicago, Illinois. The building, completed in 1973, was the world's tallest for more than two decades. It is reported to be up for sale with an asking price of $1.5 billion. (Photo by Scott Olson/Getty Images)</p>

It is called the “Windy City” for a reason. As temperatures in Chicago rose to the mid-60s for the first time in 2016, winds gusted over 60 MPH in the city Friday afternoon.

According to the Chicago Sun-Times, the powerful winds disrupted electricity service for 80,000 customers. More than 160 flights at O’Hare were canceled Friday.

Reports on Twitter showed that windows on one of Chicago’s many towers were no match for the gusty winds. There were also numerous reports of downed trees and power lines.