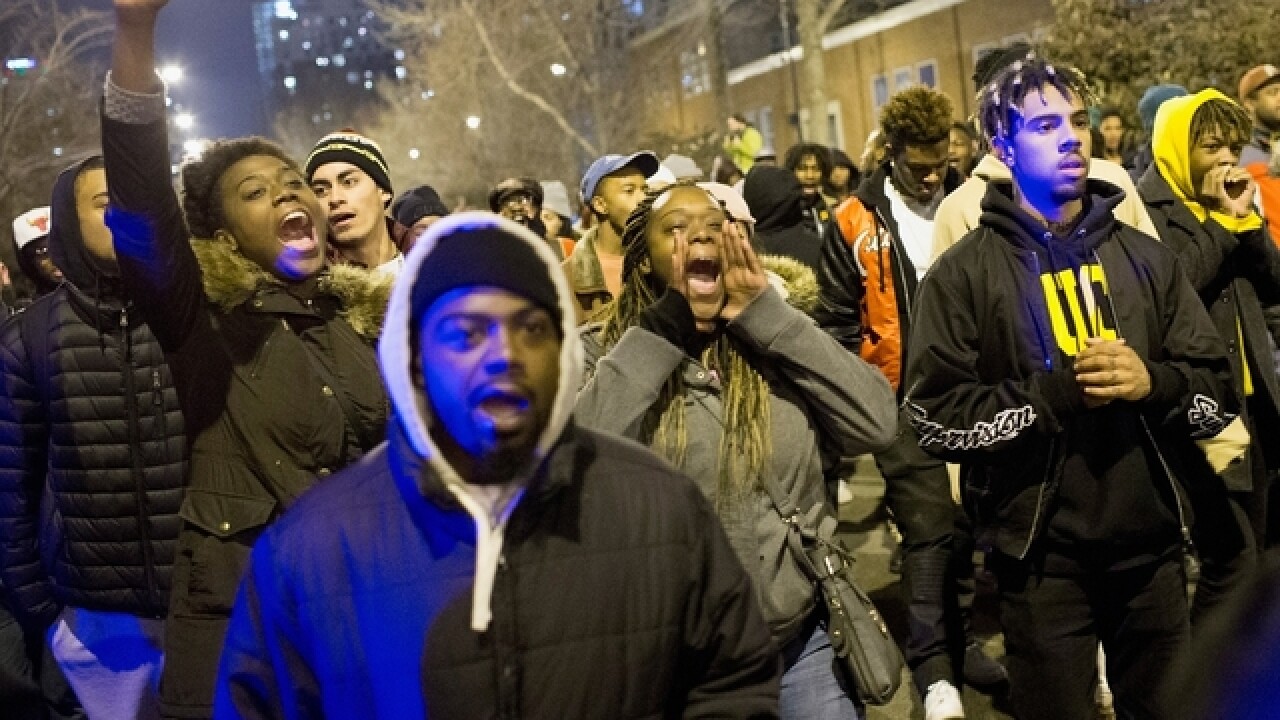 Recordings of Chicago police radio traffic surrounding the shooting of a black teenager 16 times by a white officer show that at least one of the officers who was there asked for a Taser and offer a partial glimpse at what they were discussing, as none of the police dashcam video included audio.

The recordings obtained by Wednesday by WMAQ-TV through a Freedom of Information Act Request show that one of the officers pursuing 17-year-old Laquan McDonald on that October 2014 night asked if any other officers in the area had a stun gun, which would be used to subdue a suspect with non-lethal force.

"Someone have a Taser?" he asked. "This guy is walking away but he's got a knife in hand."

A dispatcher responded that one was on its way, then immediately asked if any units closer to the scene could help.

"All right, anybody have a Taser — help out. ... Looking for a Taser, armed offender," she said.

None of the officers who spoke appeared to be anxious until one radioed, "Shots fired by police, get an ambulance over here."

"You guys OK?" a dispatcher asked.

"10-4, everything is fine — roll an ambulance over here," one officer answered.

One of the officers, Jason Van Dyke, opened fire on McDonald and kept shooting after the teen crumpled to the ground. Police only released dashcam video of the killing last month after being ordered to do so by a judge and prosecutors only charged Van Dyke hours earlier, leading to allegations of an attempted cover-up, a federal civil rights investigation of the Chicago Police Department and a series of protests, including one Thursday.

About 50 protesters were on hand for the scheduled start of the Christmas Eve protest along the city's Magnificent Mile, where a few hundred marched and disrupted shopping in the high-end commercial district on Black Friday.

Many carried placards that read, "Rahm Resign," referring to Mayor Rahm Emanuel, and one demonstrator walked shops holding a sign that read, "Shopping for a New Mayor." Police held bikes to block side streets, with several dozen officers in front and behind the group.

Van Dyke is set to be arraigned Tuesday on a first-degree murder charge.