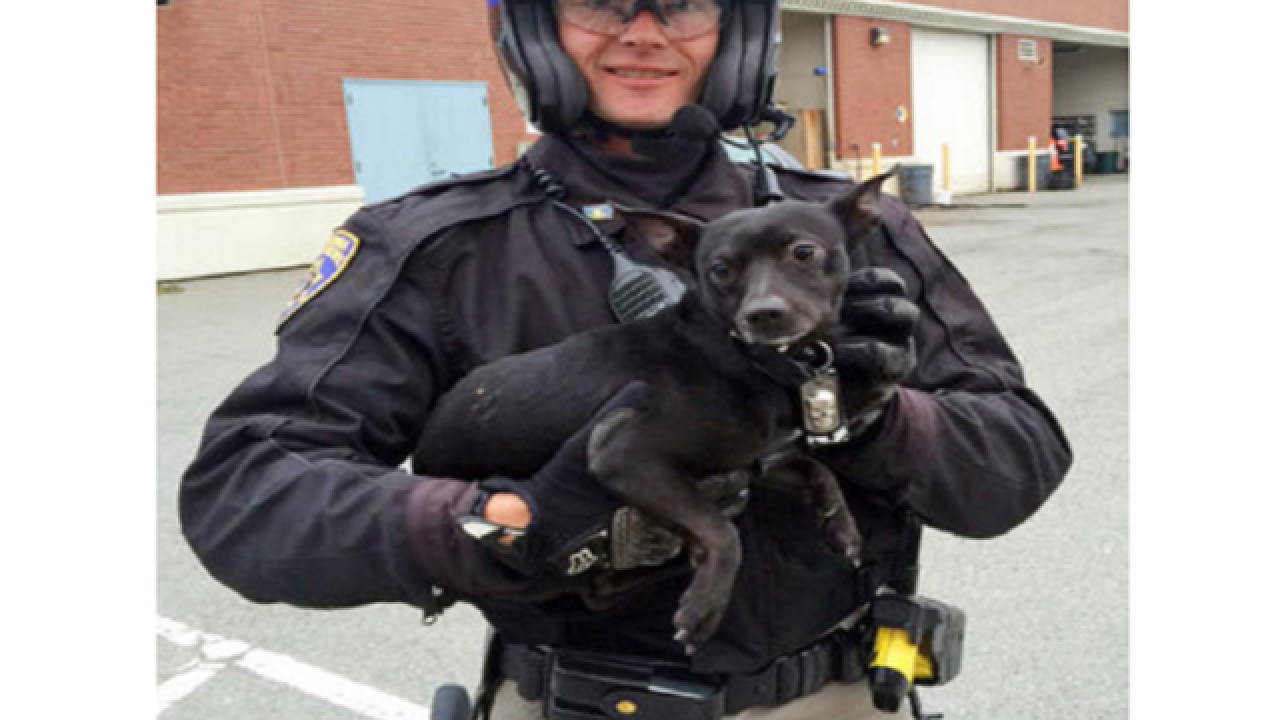 SAN FRANCISCO (AP) — A Chihuahua is in animal custody after leading police on a chase across the Oakland-San Francisco Bay Bridge.
The California Highway Patrol tweeted the small black dog "led us on quite a chase" Sunday and posted a video of it running furiously on the upper level of the bridge while being trailed by a motorcycle officer.

After it was captured, the Chihuahua was taken to a San Francisco animal shelter where staff members named it Ponch, after the CHP Officer Frank Poncherello played by Erik Estrada in the TV series "CHiPs."
A spokeswoman for the city's Department of Animal Care and Control said the dog wore a tag decorated with a human skull, but it had no identification. Deb Campbell said the dog was recovering from its misadventure.
Associated Press 2016