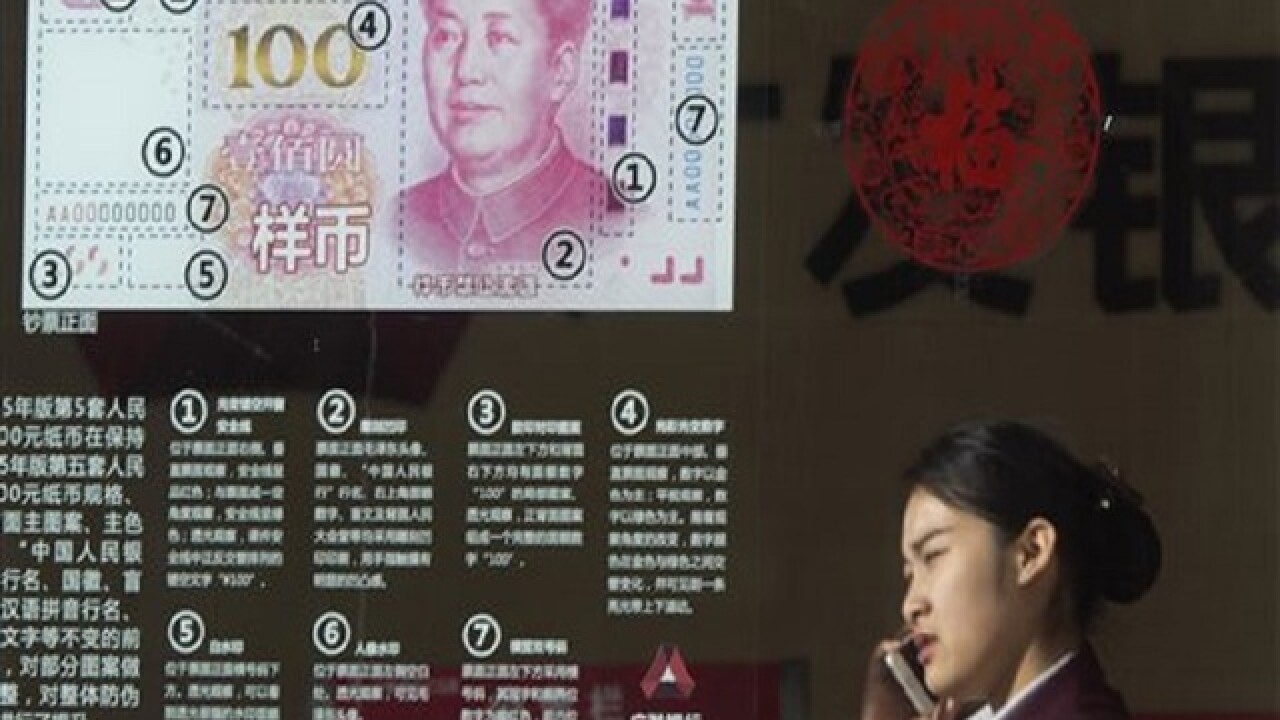 Ng Han Guan
<p>FILE - In this Feb. 16, 2016 file photo, a woman speaks on her phone near a display highlighting the new Chinese bank notes at a bank in Beijing, China. The Chinese economy is littered with companies that can�t pay their bills and survive only with financial help from the government. These companies and their debts pose another threat to an economy squeezed by five years of slowing growth, a free-fall in its currency and a stock market that�s sunk 20 percent this year.(AP Photo/Ng Han Guan)</p>

BEIJING (AP) — China says it will boost military spending by about 7 to 8 percent this year, the smallest increase in about five years, reflecting slowing economic growth and a drawdown of 300,000 troops as Beijing seeks to build a more streamlined, modern military.
Fu Ying, spokeswoman for the National People's Congress, China's ceremonial legislature, told reporters Friday that China needs to consider its defense needs, economic development and the country's fiscal position in drafting the defense budget.
The People's Liberation Army, being trimmed to 2 million troops from 2.3 million, will still be the world's largest standing military. It remains a major priority for China's leaders who have pushed an increasingly aggressive campaign to assert territorial claims in the South China Sea and East China Sea, raising tensions with its neighbors.
Associated Press 2016