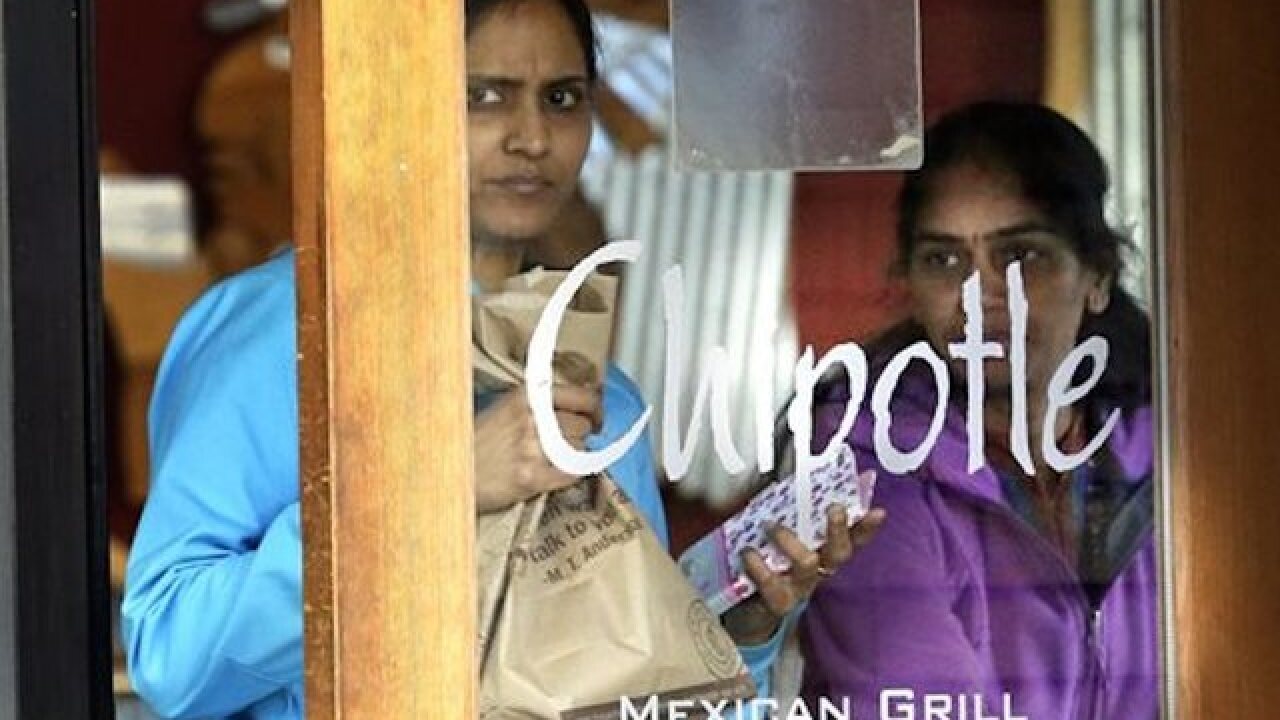 Don Ryan
<p>Customers leave a Chipotle restaurant with food in Portland, Ore., Wednesday, Nov. 11, 2015. Chipotle started reopening its restaurants in the Pacific Northwest on Wednesday after an E. coli outbreak sickened about 45 people, a high-profile example of foodborne illnesses that are more common than the public realizes, health experts say. Forty-three outposts of the Mexican food chain in Washington state and the Portland, Oregon, area were closed at the end of October because of the outbreak that hospitalized more than a dozen people. (AP Photo/Don Ryan)</p> 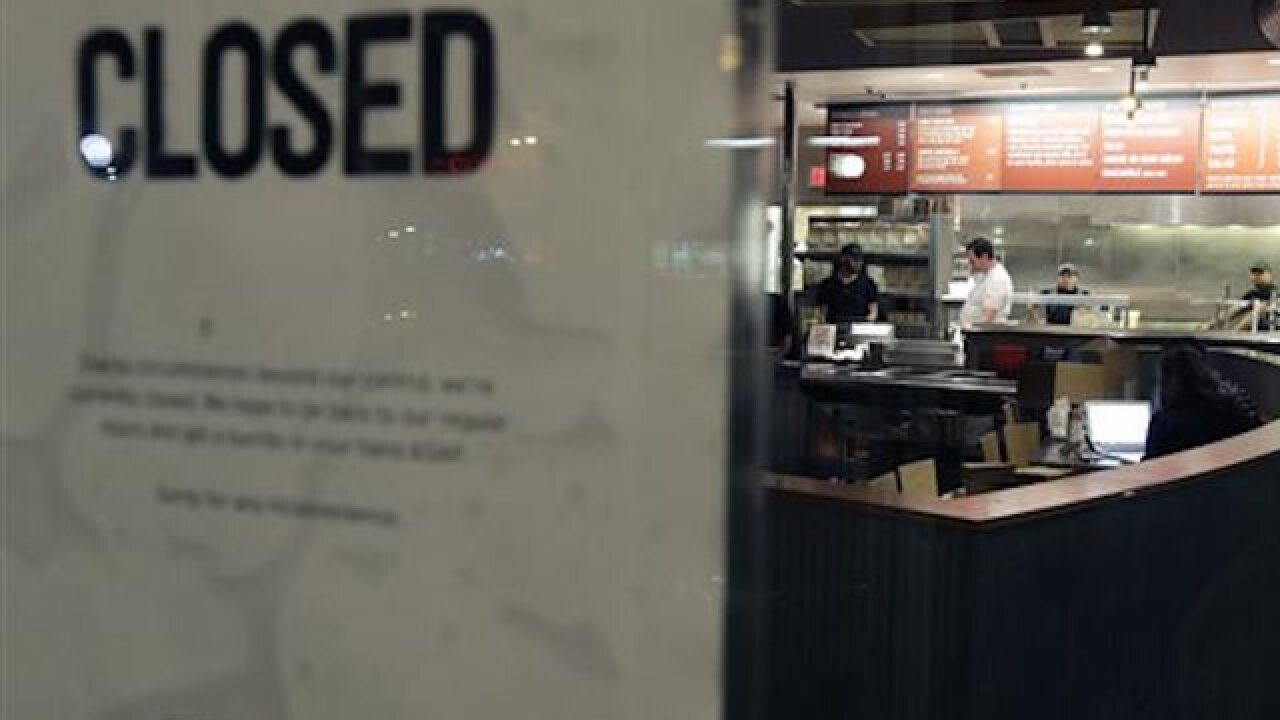 SEATTLE (AP) — Perfect food safety is not possible, but Chipotle is trying to get as close to that ideal as they can with new procedures and testing inside and outside their restaurants, the company's founder and CEO said Tuesday during a visit to Seattle.

"It is impossible to ensure that there is a zero percent chance of any kind of foodborne illness anytime anyone eats anywhere," CEO Steve Ells told The Associated Press at the beginning of a day stopping by Seattle restaurants to talk to employees about new food safety rules.

Although the Denver-based chain is sure the October and November E. coli outbreak was caused by bacteria in fresh food like tomatoes or cilantro, Ells said they will never know for sure which item actually sickened more than 50 people who ate at their restaurants.

In addition to more testing along the supply chain, Chipotle is instituting more high-tech food tracking inside its restaurants and some new procedures, including cutting, washing and testing tomatoes at central commissaries to ensure they are as clean as possible.

Ells said the company's approach to food safety is similar to its focus on food quality and none of the new procedures are impossible or very difficult to follow. It's easier at some other chains to meet the highest food safety standards because everything is cooked, processed or frozen, which Ells said is not the Chipotle way.

Tomatoes, lettuce, cilantro, celery and onions have all been implicated in recent outbreaks of food-borne illness.

Once fresh vegetables are exposed to E. coli or other bacteria, it's difficult to wash away. Cooking is one of the few sure ways to kill most bacteria. Since Chipotle isn't willing to change it menu and cook everything, Ells acknowledged they need to go to extra lengths to ensure its fresh food is free of bacteria.

Monsour Samadpour, president and CEO of IEH Laboratories, the company that helped Chipotle set up its new safety protocols, said the company's new systems are unique and years ahead of what's being done at other restaurants.

"This is an industrial strength program," Samadpour said.

Ells would not say how much the new testing along its supply chain and safety protocols inside its restaurants are costing the chain of more than 1,900 casual Mexican restaurants. Neither customers nor suppliers will be paying to get all the new testing requirements started, he said.

"This is a cost that we will bear," Ells said.

At a meeting with business analysts last week, company executives said they would consider raising prices to invest in food safety, but they did not expect to do so before 2017.

Suppliers who are unwilling to meet the new "high resolution testing" requirements, which Ells said are years ahead of testing procedures at other restaurant chains, will no longer do business with Chipotle. Small farms won't be asked to cover the whole cost of this new approach to food safety.

Chipotle lost money and customers this fall after the E. coli outbreak led the company to close more than 40 stores in the Pacific Northwest, followed by a massive norovirus outbreak at one restaurant in Boston.

Chipotle said in a regulatory filing on Dec. 4 that sales have been "extremely volatile" as a result of the E. coli cases. November sales fell 16 percent from a year ago. For the full fourth quarter, the company said it expects sales to fall between 8 and 11 percent at established locations. That would mark the first time quarterly sales declined since the company went public in 2006.

The Centers for Disease Control and Prevention has said the E. coli outbreak associated with Chipotle sickened 52 people in nine states. It has not yet identified the ingredient that made people sick. The most recent of the illnesses reported by the CDC started Nov. 13.

About 48 million people get sick from a foodborne illness each year, according to the CDC.

"I am deeply sorry that people got sick from eating at our restaurants. It's the worst thing that can happen," Ells said.