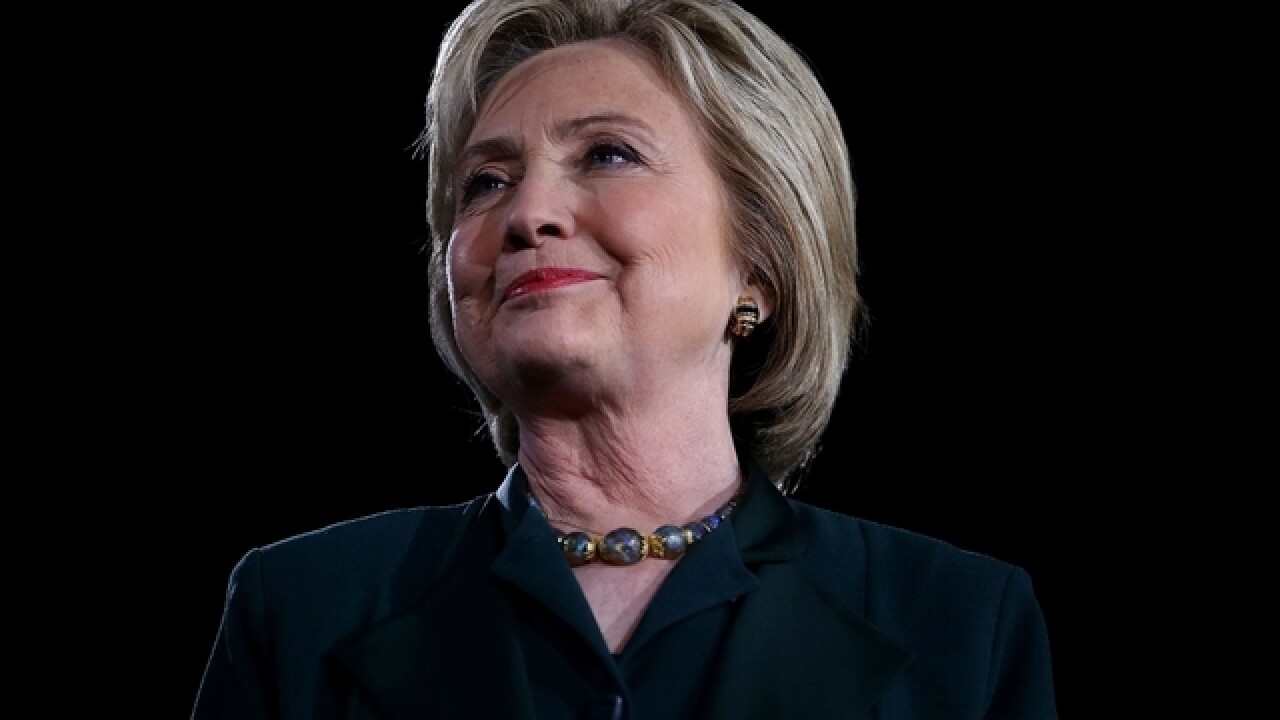 FLORENCE, S.C. (AP) — Democratic presidential hopeful Hillary Clinton has South Carolina mostly to herself two days before the first-in-the-South primary, and she's using it to capitalize on her advantage over Bernie Sanders with black voters.

Clinton played up her allegiance to President Barack Obama at a rally Thursday and pledged to continue fighting for tougher gun laws — two arguments that resonate with the African-American voters who wield tremendous influence in Saturday's primary.

The Vermont senator, meanwhile, is spending Thursday traversing the Great Lakes region in states that hold early March primaries with much whiter electorates than South Carolina and the Deep South, where Clinton maintains a strong enough lead that could help her establish a clear earned-delegate boost in the coming weeks.

"I sure hope the president chooses a true progressive who will stand up for the values and the interests of the people," Clinton said of a seat that will determine the ideological tilt of a court left with a 4-4 split between liberals and conservatives.

On guns, Clinton pledged to take on the firearms manufacturing lobby. "I know how hard this is politically," she said in Kingstree.

The issue takes on special significance in South Carolina, a state shaken in June when a white gunman killed the pastor and nine others at a historically black church in Charleston.

Clinton has for weeks highlighted Sanders' Senate votes against certain firearms bills, prompting the senator to explain that he has a lifetime D-minus rating from the National Rifle Association.

She left the attacks Thursday to Sen. Cory Booker, who told a Florence, South Carolina, crowd that Clinton is "running against a man who voted against the Brady bill five times, voted for one of the worst pieces of gun legislation to come through congress, I hurt over that."

Ben McGill, an undecided voter from Andrews, South Carolina, suggests Clinton's tactics have worked. "I do think she has more of an interest in gun control," he explained Thursday. McGill added that the issue is personal for him because his elderly aunt and uncle were injured in a Baltimore shooting earlier this week.

Clinton's appearance about 70 miles north of Charleston was the first of four stops Thursday. Her husband, former President Bill Clinton, has multiple appearances, as well. Sanders is scheduled to return to South Carolina on Friday. In the meantime, rapper Killer Mike of Atlanta is campaigning here on his behalf.

Clinton's busy Thursday schedule follows a private fundraiser Wednesday in which she was interrupted by a protester who took issue with a 1996 speech she delivered on crime policy.

"They are often the kinds of kids that are called 'superpredators.' No conscience, no empathy," Clinton said at the time. "We can talk about why they ended up that way, but first we have to bring them to heel."

A video of the fundraiser shows a young woman interrupting Clinton and asking her to "apologize to black people for mass incarceration" and using the "superpredators" description.

In a statement released by her campaign Thursday, Clinton said she "shouldn't have used those words, and I wouldn't use them today."

After days of huge rallies, with thousands of supporters, Sanders went on Flint, Michigan, where he participated in an intimate forum to discuss the city's lead-contaminated water crisis.

Sanders posed questions to the sanctuary packed with hundreds of Flint residents, met with shouts of "No!" and "Boo!" when he asked if the government's response to the situation had been adequate.

One after another, people stood up and took handheld microphones, some of them with trembling voices, telling Sanders they've received murky information on what they should do with the water, how to use filters that are being distributed and who is going to pay for the help that they need. One woman described how her once academically thriving son had been suspended dozens of times this year due to lead-related behavioral issues.

"It really stunned me," Sanders said at the outset of the 90-minute event, describing a meeting earlier this year with Flint residents. "It was almost impossible for me to believe that I was listening to people in the United States of America in the year 2016."

Sanders insists that he is not writing off South Carolina or any of the Deep South states with upcoming primaries. Yet many South Carolina voters say they are simply more familiar with Clinton.

"It probably would matter to the citizens of Williamsburg County" if Sanders campaigned there, said Barbara White, a 55-year-old Kingstree resident who came to hear Clinton. "Everybody here is for Hillary anyway."