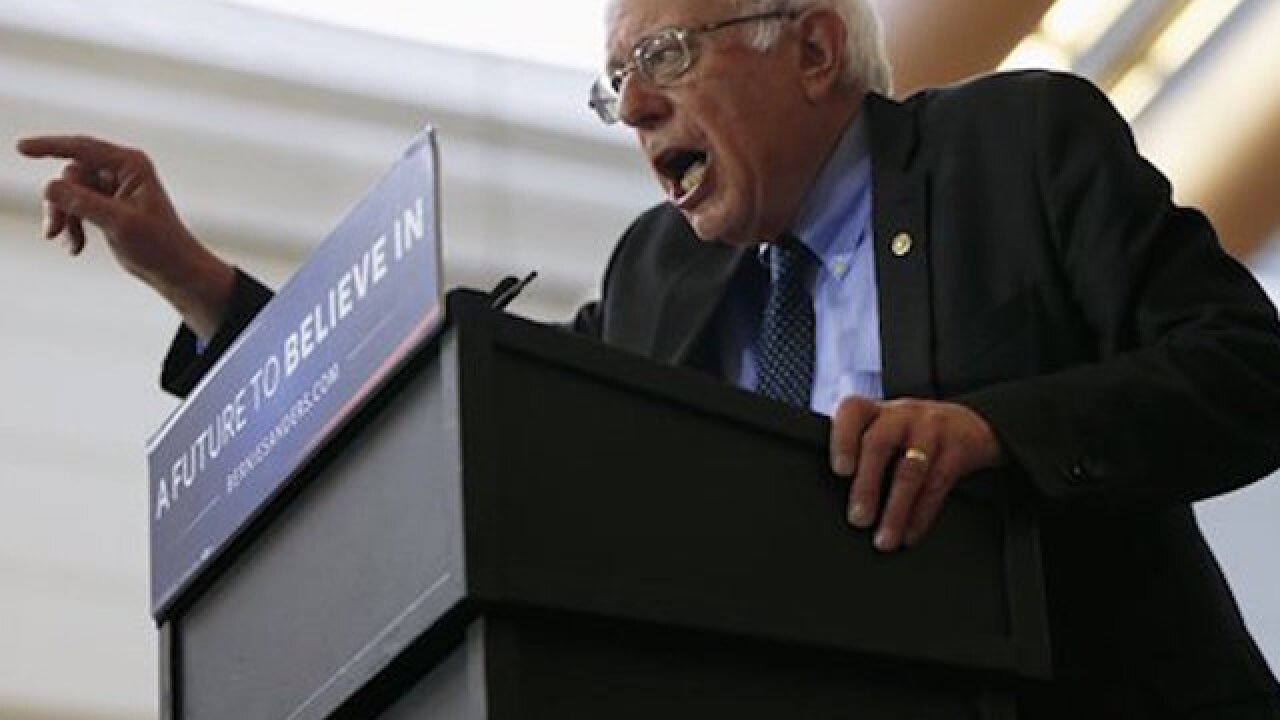 NEW YORK (AP) — Democratic presidential candidates Hillary Clinton and Bernie Sanders were on opposing sides of certain types of biomedical research while they served in Congress, differences that have gained notice by scientists and advocates on the forefront of stem cell research.

Clinton has pointed to her advocacy for groundbreaking medical research, from her push for more dollars as a New York senator for the National Institutes of Health to her long support for stem cell research that could eventually lead to regenerative medicine.

Sanders, a Vermont senator, has supported stem cell research in the Senate. But advocates within the scientific community cite his voting record in the early 2000s in the House when he repeatedly supported a ban on all forms of human cloning, including one called therapeutic cloning intended to create customized cells to treat disease.

"We were looking for signs that he is going to be a supporter of what science and technology can do and I think everyone in the country ought to be worried about that," said Dr. Harold Varmus, the Nobel Prize-winning former NIH director under President Bill Clinton.

"I am quite concerned about his stance on these issues," Varmus said. "This is a litmus test. It was 10 years ago — it's still a test that he failed in the view of many of us."

While serving in the House, Sanders voted to ban therapeutic cloning in 2001, 2003 and 2005 as Congress grappled with the ethics of biotechnology and scientific advances. Patient advocacy groups note that Sanders co-sponsored bans in 2003 and 2005 that included criminal penalties for conducting the research and opposed alternatives that would have allowed the cloning of embryos solely for medical research.

Sanders said following a vote in 2001 that he had "very serious concerns about the long-term goals of an increasingly powerful and profit-motivated biotechnology industry." In a later vote, he warned of the dangers of "owners of technology" who are "primarily interested in how much money they can make rather than the betterment of society."

Gunnels said that "therapeutic cloning is a good thing, but only with proper oversight and regulations. The reality is that the corporate biotechnology industry is motivated almost exclusively by their quest for short-term profits and higher stock prices. There must be proper oversight over this industry."

Some advocates for stem cell research said that overlooked the potential benefits of finding possible cures to Alzheimer's, Lou Gehrig's and other fatal or disabling diseases.

"Sanders and (then Republican House Majority Leader Tom) DeLay — some unlikely group — were just unyielding and they were part of the religious right's attempt to shut down this whole critical new frontier of therapy for chronic disease," said Robert Klein, chairman of the California Institute for Regenerative Medicine.

Embryonic stem cells are master cells that can turn into any tissue of the body and researchers hope one day to harness that power for what's today typically called "regenerative medicine." Initially, they were derived by using leftover embryos from in vitro fertilization clinics.

Therapeutic cloning is another method of deriving those cells.

Exactly what types of stem cell research to allow, and how to fund it, have been debated not only on the national level but in a number of states including Wisconsin, where researchers played key roles in some early discoveries. Wisconsin holds its presidential primary on Tuesday.

Federal law prohibits taxpayer funding of research that harms embryos so that early work was done with private money. But those types of cells can reproduce indefinitely in lab dishes, "lines" used for a variety of research projects.

After much controversy, the Bush administration declared that taxpayer money could be used for research using certain already-created embryonic stem cell lines and President Barack Obama expanded the number that qualify, a move that survived court challenges.