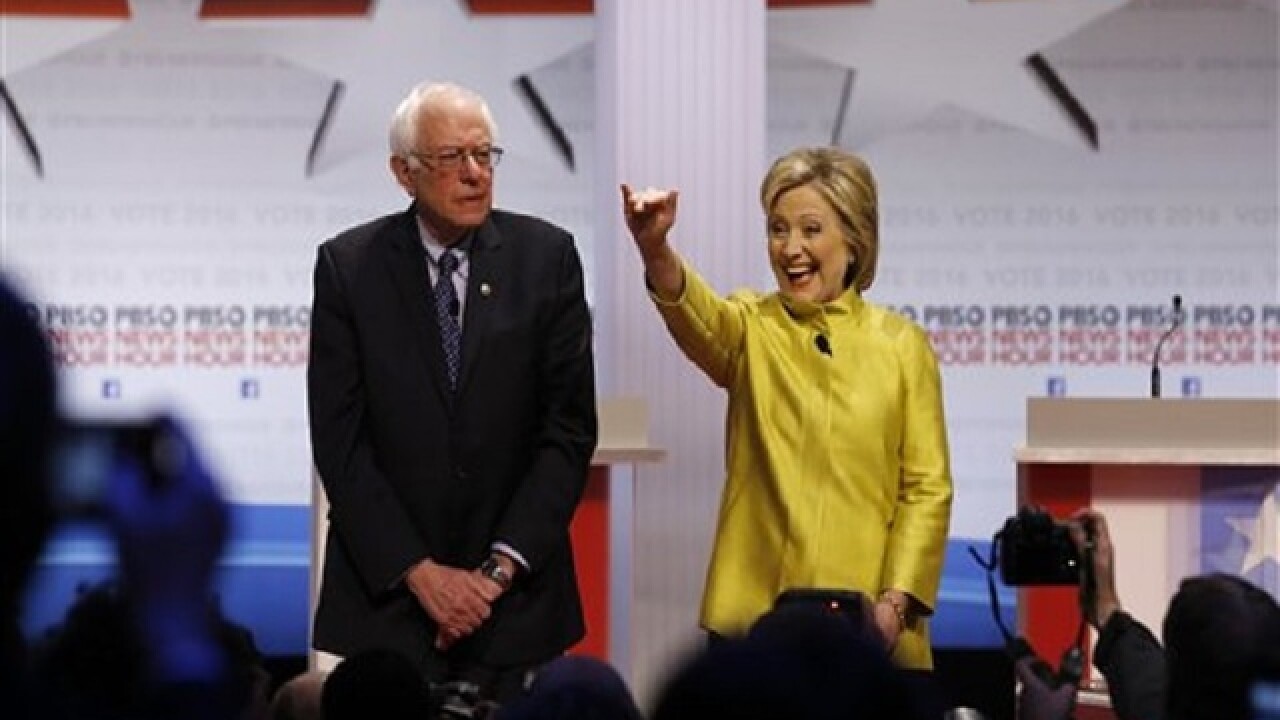 MILWAUKEE (AP) — Hillary Clinton embraced rival Bernie Sanders' call for fixing a "rigged" economy that favors the wealthy in Thursday night's Democratic debate, but said the Vermont senator's plans to pay for it add up to promises "that cannot be kept."
Clinton and Sanders split the first two states in the Democratic primary battle, potentially setting the stage for a long fight for the party's nomination. After contests in overwhelmingly white states, the race now turns to states with more racially diverse populations.
While Sanders has energized young people with his call for free tuition at public colleges and universities, as well as a government-run, single-payer health care system, Clinton said those proposals come with unrealistic price tags. And she accused Sanders of trying to shade the truth about what she said would be a 40 percent increase in the size of the federal government in order to implement his policies.
"I feel like we have to level with people," she said.
Sanders didn't put a price on his policies, but neither did he shy away from the notion that he wants to expand the size of government.
"In my view, the government of a democratic society has a moral responsibility to play a vital role in making sure all our people have a decent standard of living," Sanders said.
Associated Press 2016