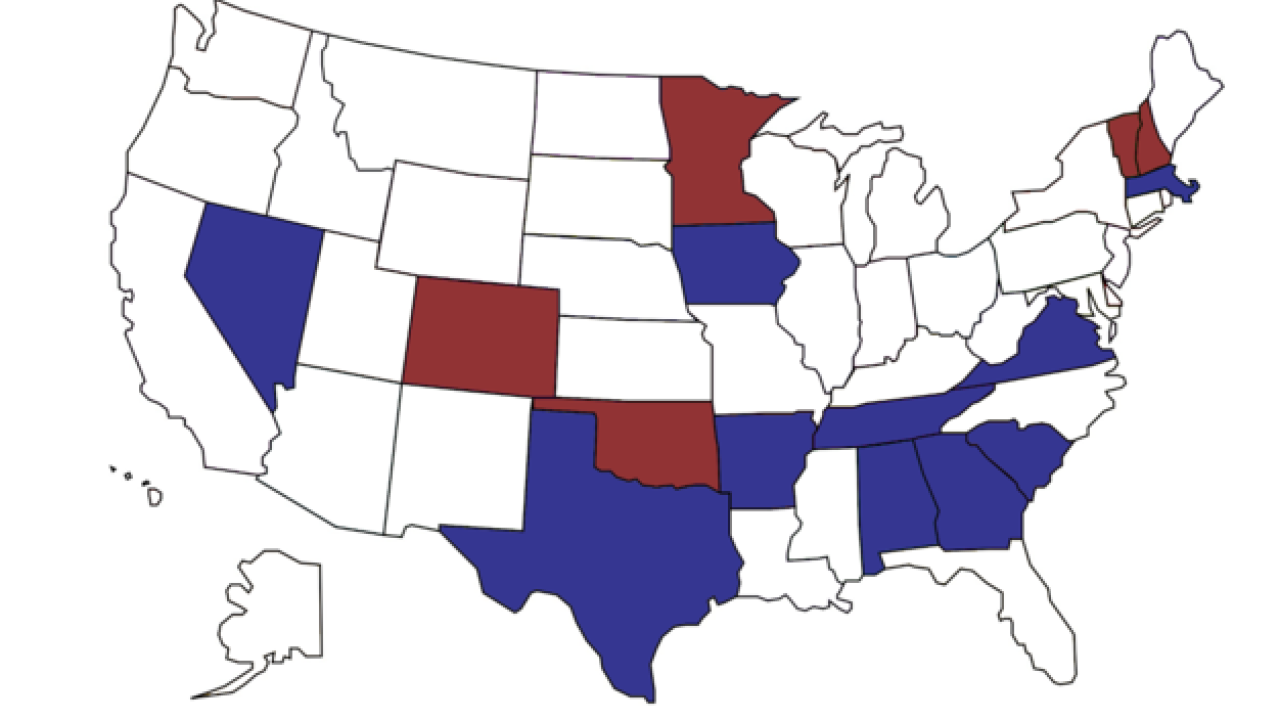 Her wins in seven states have now earned her 441 of the 865 delegates at stake for the evening. Sen. Bernie Sanders is on track to win at least 262.

The Democratic contests award delegates in proportion to the vote, meaning that even the loser wins some. Votes are still being tallied to determine the final margins of victory in several states.

Including superdelegates, Clinton now has at least 989 delegates in the overall AP delegate count. Sanders has at least 349.

Clinton won the states of Massachusetts, Arkansas Texas, Tennessee, Alabama, Virginia and Georgia. With the exception of Massachusetts, Clinton's margin of victory was by at least 30 points. Sanders won Minnesota, Colorado, Oklahoma and his home state of Vermont.

When taking into account the four previous Democratic Party contests, Clinton has won a total of 10 states; Sanders has won five.

Three states are up for grabs in the Democratic Party on Saturday.