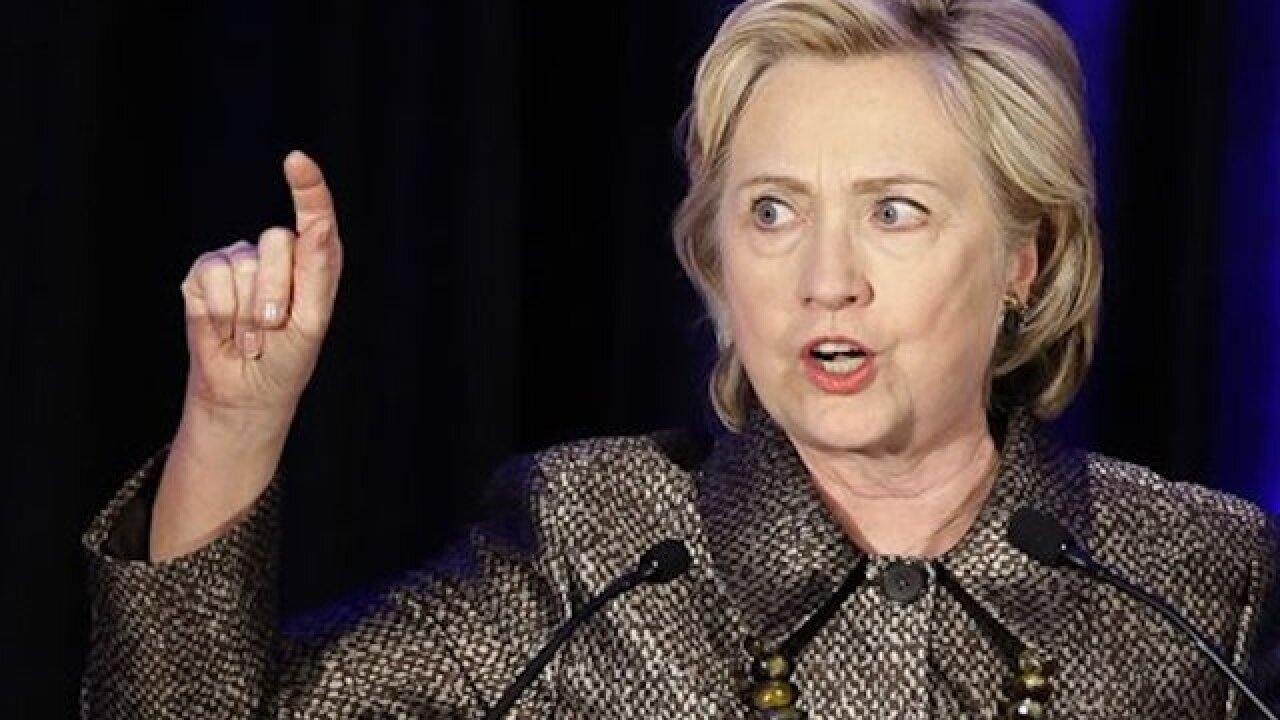 Seth Wenig
<p>In this Dec. 14, 2015, photo, Democratic presidential candidate Hillary Clinton speaks during the 2015 National Immigration Integration Conference in New York. Clinton is unveiling her plan to strengthen the nationís defenses against terrorism with a speech in Minnesota on Dec. 15, a state that has wrestled with terrorism recruiting for years. (AP Photo/Seth Wenig)</p>

In a speech at the University of Minnesota, Clinton will address proactive steps for capping Islamic State recruitment in the U.S., especially online, and for stopping potential jihadists from training overseas, her campaign said Tuesday, previewing her remarks.

The former secretary of state will also talk about ways to stop foreign fighters from coming to the U.S., discover and disrupt plots before they can be carried out, work more closely with law enforcement agencies and empower Muslim-American communities, her campaign said.

Clinton's campaign billed the speech as a "360-degree strategy to keep America safe."

The Democratic hopeful sought to reassure Americans that she would keep the homeland safe in the aftermath of high-profile attacks in Paris and San Bernardino, California, incidents that have thrust terrorism to the forefront of the presidential campaign.

She was addressing her counterterrorism strategy hours before Republicans were holding their latest debate in Las Vegas.

Clinton planned to say the nation needs a comprehensive strategy to address every step in the process that could lead to an attack like the one that occurred in San Bernardino, including recruitment, training, planning and execution.

She believes the next president must push back against terrorism in a way that remains consistent with the nation's values.

As President Barack Obama's former secretary of state, Clinton holds direct ties to the White House's national security policies and has largely endorsed the president's approach to dismantling the Islamic State group. Like Obama, Clinton has said she would not send American ground troops to the Middle East, saying it would provide a recruiting tool for IS.

But Republicans view Obama's handling of foreign policy and terrorism as a weakness and have tried to link Clinton to the president's record, arguing that his policies in the Middle East allowed terrorist groups to flourish since the drawdown of troops in Iraq.

In Minneapolis, Clinton planned to point to local efforts in the Twin Cities to combat terror recruiting, particularly among the state's Somali population, the largest in the United States.

Authorities have said about a dozen Minnesota residents have traveled to Syria to join jihadist groups since late 2013, and several more have tried. Just last week, a ninth Minnesota man was arrested on a charge of conspiring to provide material support to the Islamic State group. Since 2007, more than 22 young Somali men have traveled from Minnesota to Somalia to join the group al-Shabab.

Somalis in Minnesota have tried to stop the recruiting with strong anti-terror messages and programs aimed at creating opportunities.

Minneapolis is one of three cities participating in a Justice Department pilot program that seeks to combat terror recruiting by engaging young people in their communities through mentorship, youth leadership opportunities and other initiatives.