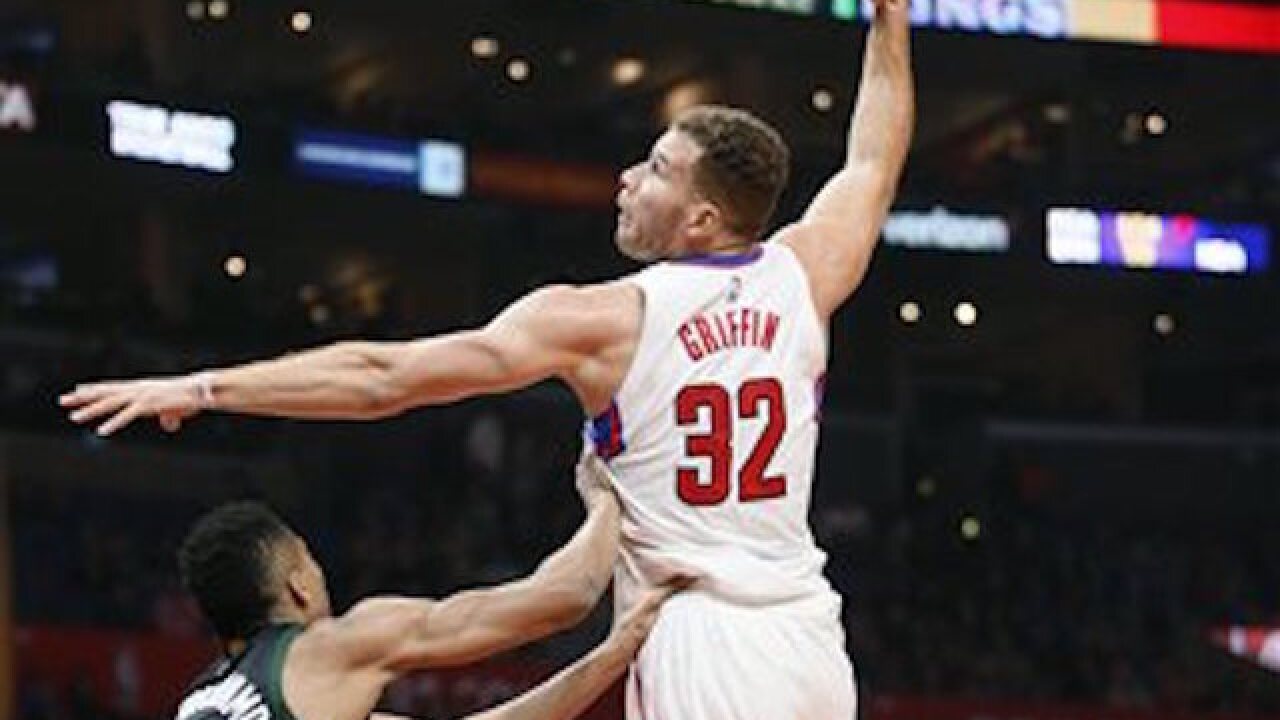 Danny Moloshok
<p>FILE - In this Dec. 16, 2015, file photo, Los Angeles Clippers' Blake Griffin, right, goes up for a dunk over Milwaukee Bucks' Giannis Antetokounmpo during the first half of an NBA basketball game, in Los Angeles. (AP Photo/Danny Moloshok, File)</p>

LOS ANGELES (AP) — The Los Angeles Clippers suspended Blake Griffin four games without pay on Tuesday for punching a team staff member. His salary will be withheld for an additional game because he broke his shooting hand.

A team spokesman said the suspension will begin when Griffin is healthy, cleared to play and active. He was expected to be out four-to-six weeks while his hand heals.

The Clippers end a four-game road trip Wednesday night in Boston before the All-Star break this weekend. They resume play with a four-game trip starting Feb. 18 in San Antonio.

The Clippers will donate Griffin's salary from the five games to charities that help disadvantaged youth in Los Angeles. The team said Griffin asked to donate his time to the organizations. The team said the NBA helped in deciding the punishment.

"We have made it clear that this conduct has no place in the Clippers organization," team owner Steve Ballmer and coach Doc Rivers said in a joint statement. "Blake is remorseful and has apologized for his actions. He is a valued member of our Clippers family and we support him as he rejoins the team."

Ballmer and Rivers, who is president of basketball operations, said Griffin is eager to get back to work, which starts immediately with rehab, appearances and attendance at games.

Griffin has been away from the team since he punched assistant equipment manager Matias Testi on Jan. 23 in Toronto.

The Clippers are 18-4 without Griffin, who has been out since Dec. 26 with a partially torn left quadriceps tendon.

He was close to returning from that injury when he punched Testi, who sustained multiple facial injuries.