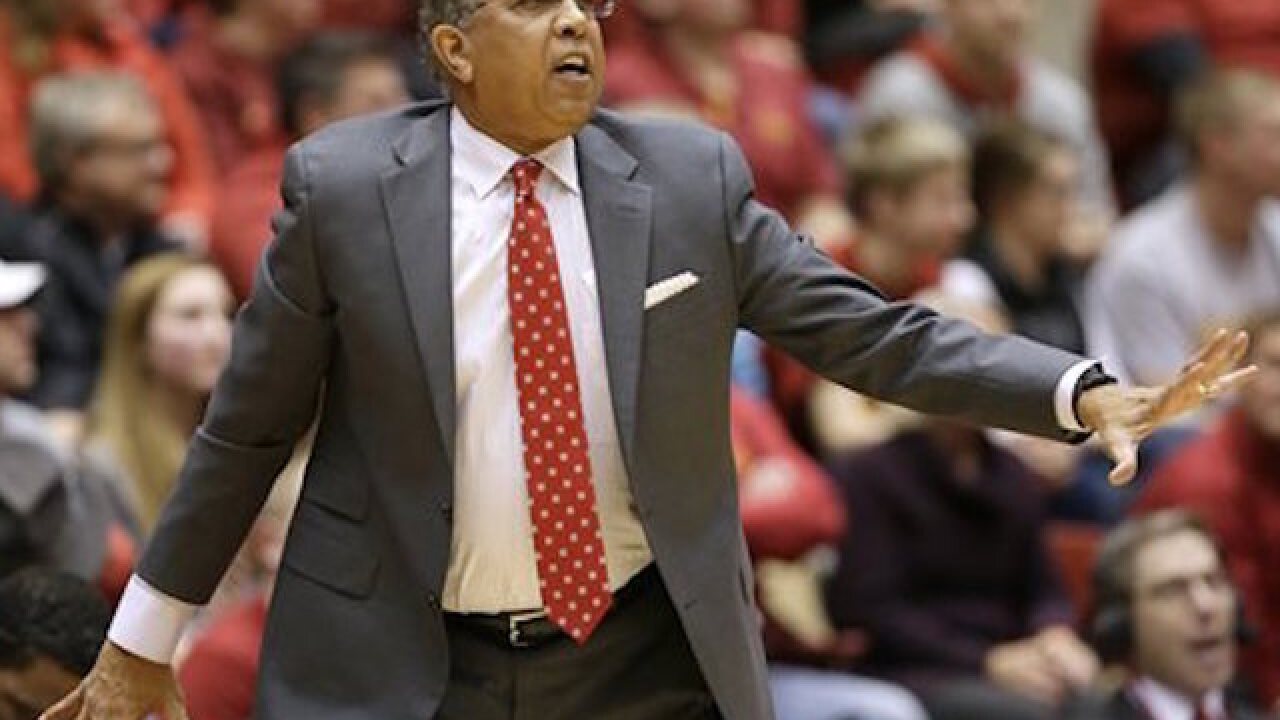 A group representing minority coaches is calling on the NCAA to adopt a rule that would require its member schools to interview a candidate of color for all head coaching and leadership vacancies.

The National Association for Coaching Equity and Development is joining longtime equality crusader Richard Lapchick in lobbying for an "Eddie Robinson Rule," which would be college athletics' version of the NFL's well-known Rooney Rule requiring interviews of minority candidates for coach and some other high-profile positions.

The group says such a rule would "address the negligent hiring practices which consistently exclude racial and ethnic minority coaches and administrators from positions of leadership in intercollegiate athletics."

"It's not about supply anymore," Merritt Norvell, NAFCED's executive director, said Friday. "There are plenty of qualified racial and ethnic minority coaches. It's about the hiring process, which has historically and systematically excluded minority coaches by denying them an opportunity to compete in the process."

Lapchick's Institute for Diversity and Ethics in Sport at the University of Central Florida released an annual study before the college football season that reported 87.5 percent of the 128 head football coaches in the NCAA's Bowl Subdivision were white. That includes all four teams that made it to the playoff — Alabama, Clemson, Oklahoma and Michigan State.

Lapchick has long advocated that the NCAA adopt a rule similar to the NFL, and he named it after Robinson, the revered coach at Grambling State who died in 2007. He called the endorsement from NAFCED "an enormous boost" that he hopes will help the proposal gain traction.

"I think what has been lacking is a forceful group of prominent sports leaders backing this," Lapchick said. "This is such a group. In the absence of the BCA, this organization has the potential to have an impact on their own campuses as well as the NCAA."

The biggest question will be whether the NCAA, or any other governing body, can enforce the rules on such a wide swath of public and private institutions. In 2009, Oregon passed a law that requires all of its public universities to interview minority candidates for coaching positions, but the law does not penalize schools that do not follow the rules.

Norvell said NAFCED, which is partnering with the National Consortium for Academics and Sports and The No Hate Zone in pushing for an Eddie Robinson Rule, said the public pressure that could be generated from such a measure would help schools adhere to the rule. Lapchick said he thinks legislative action would be more compelling than any perceived punishment that the NCAA could hand out.

"Having Congress rattling the sword as a result of this announcement by NAFCED would be an additional vehicle that would make the possibility of the NCAA moving more likely," Lapchick said. "But I think this is the first step. Bringing Congress in to act would be a positive second step."

Norries Wilson, an assistant at Rutgers who filled in as the interim head coach while Kyle Flood served suspension and was the first black head football coach in the Ivy League when he led Columbia from 2006-11, said such a rule can make a big difference.

"I don't want anyone to get a job because he's a minority," Wilson said. "I want the most qualified person to get the job. But I think it's important for minorities to get an opportunity to sit down with athletic directors and the (school) president and state their case for why they are the person to run a given program."

When NAFCED held its inaugural meeting in Atlanta last summer, Hewitt was initially reluctant to push for such a rule because he was concerned it might be viewed as "self-serving." As he surveyed the landscape this academic year after being fired by George Mason, he said his viewpoint changed. That especially applies to basketball and football for Hewitt, who believes they are held to a different standard than other sports like baseball and hockey.

"We don't have enough diversity of thought that goes into rules, regulations and how we market the game, quite frankly," Hewitt said. "Now more than ever, there is a need for it."