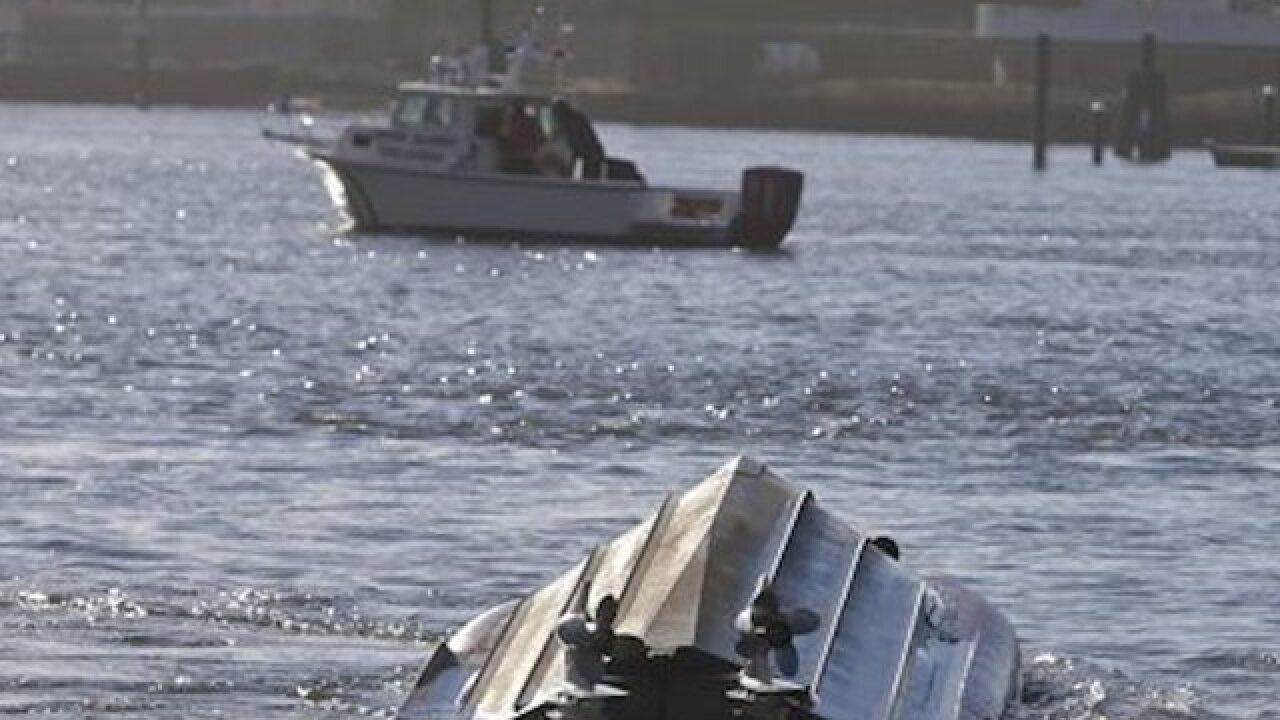 Five Coast Guard crew members and seven fishermen escaped without serious injury during the incident early Thursday off the Rockaway Peninsula in Queens.

The Coast Guard crew members, wearing protective gear, swam to shore. A helicopter with a rescue basket was used to lift fishermen to safety.

Coast Guard spokeswoman Ali Flockerzi says an overnight storm may have been a factor. She says the 25-foot Coast Guard boat was hit by 10 to 12 foot waves.

The Coast Guard got a distress call at 2 a.m. from the 76-foot fishing boat, the Carolina Queen III. The fishing boat initially was taking on water. Its crew got that under control, then ran aground. The boat eventually came to rest in shallow water just off the beach.

This story has been corrected to show that the rescue occurred on the Atlantic side of the Rockaway Peninsula and not in an inlet.