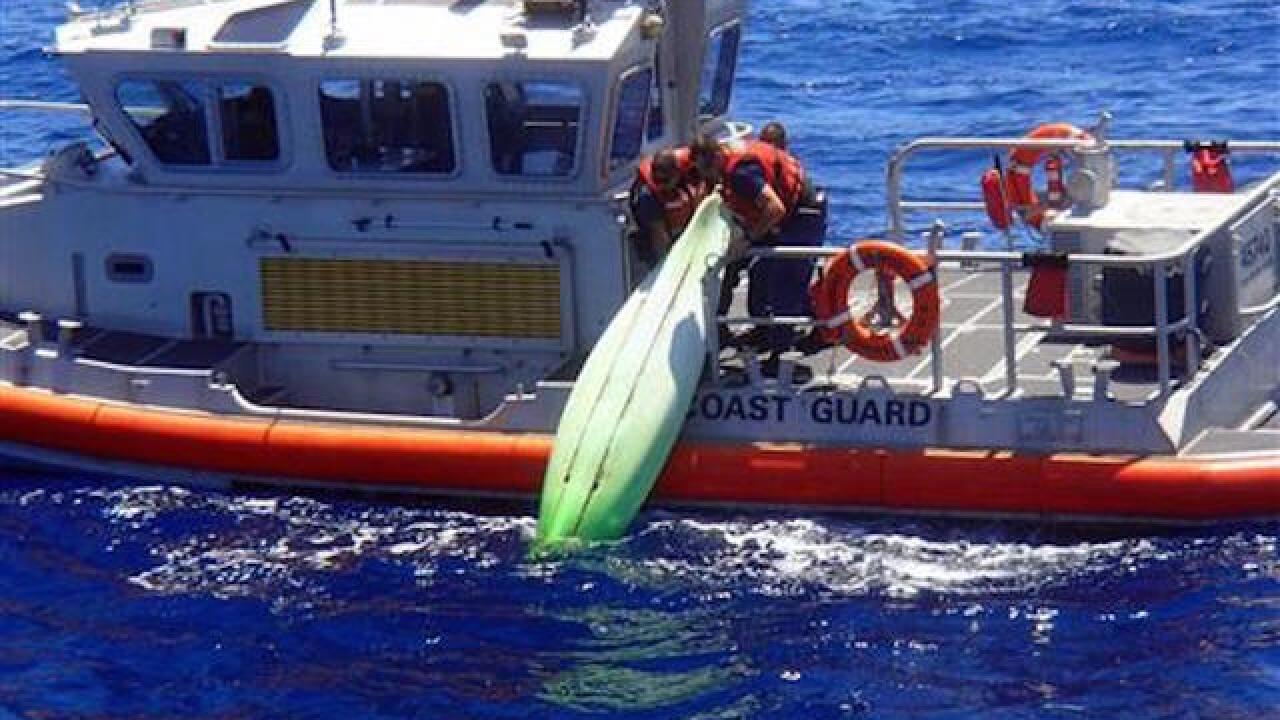 SAINT PETERSBURG, Fla. (AP) — Coast Guard said on Saturday the search for a family that disappeared off the Florida coast has been suspended.

U.S. Coast Guard searchers recovered one body Wednesday afternoon from a debris field believed to be part of a 29-foot sailboat off Florida's southwest coast.

A spokesman at a briefing earlier this week declined to identify the body and said they would continue to search the Gulf of Mexico for three more family members, the Sarasota Herald-Tribune (http://goo.gl/FoWA1P) reported.

That search continued until Saturday morning.

On Wednesday, the Coast Guard tweeted that two kayaks that were being pulled by the sailboat were found as well. After the debris was spotted by air in the Gulf of Mexico, the Coast Guard contacted a nearby boater who collected several items and held them for a Coast Guard boat, Capt. Gregory Case said.

The tarp, water jugs, six life jackets and a propane tank were then identified by the brother of 45-year-old Ace Kimberly, who had been living on the sailboat with his children for a year.

Kimberly left Sarasota on Sunday, with 13-year-old Roger, 15-year-old Donny and 17-year-old Rebecca, for Fort Myers to have the boat repaired.

Kimberly's brother alerted the Coast Guard on Tuesday after they failed to arrive, Case said. The brother said their last word came Sunday, when Ace Kimberly told him they were sailing in "6-foot seas and thunderstorms."