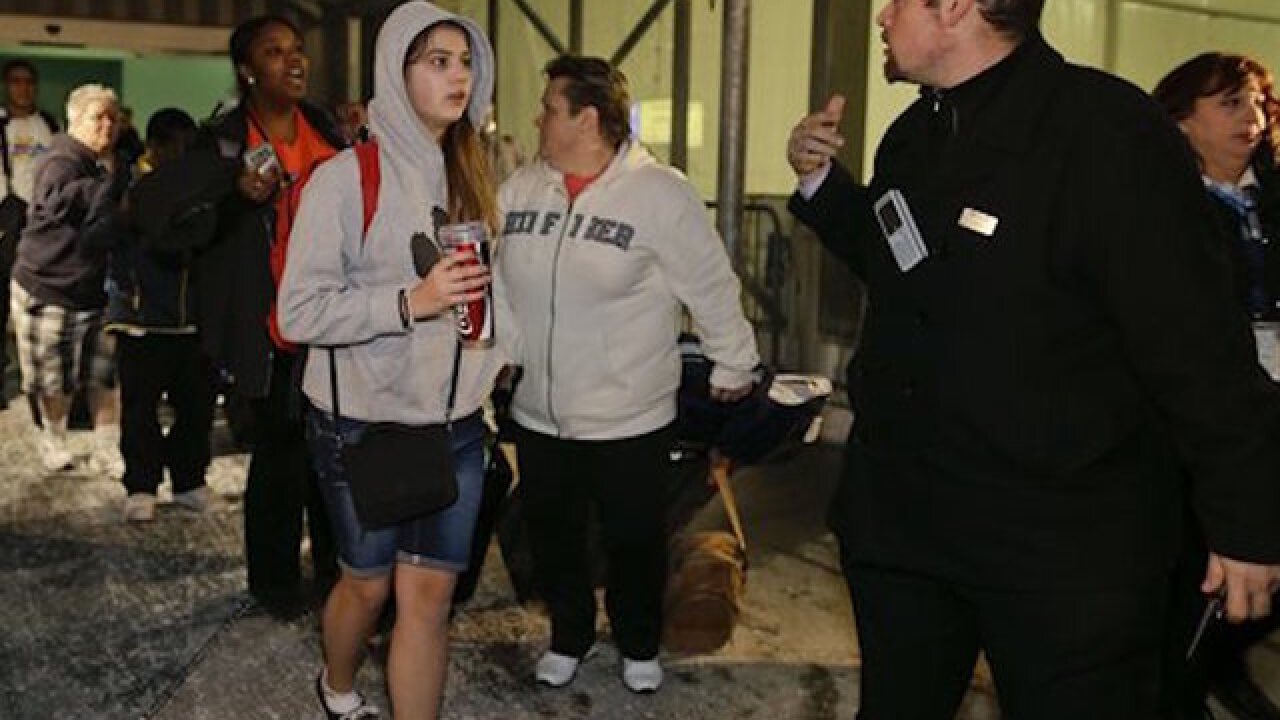 Copyright Associated Press
Julie Jacobson
<p>Passengers from the Royal Caribbean cruise ship, Anthem of the Seas, exit the terminal after arriving at Cape Liberty cruise port, Wednesday, Feb. 10, 2016, in Bayonne, N.J. Carrying 4,500 passengers and 1,600 crew members, the ship returned early from a seven-day cruise to the Bahamas after it was battered by a major storm in the Atlantic Ocean. (AP Photo/Julie Jacobson)</p>

BAYONNE, N.J. (AP) — The Coast Guard on Friday inspected a cruise ship that was battered and damaged by an intense winter storm to determine if it will be able to set sail as scheduled on a weekend voyage.

Royal Caribbean was forced to cancel Anthem of the Seas' seven-day cruise to the Bahamas, and the ship returned to Bayonne on Wednesday night after a storm packing hurricane-force winds and waves as high as 30 feet damaged part of its propulsion system and left 4,500 passengers hunkered down in their cabins.

The 1,141-foot ship's left azipod was rendered inoperable during the storm, Coast Guard spokesman Charles Rowe said. An azipod is a propeller that is mounted to a steerable pod that contains an electric motor.

The azipod was replaced, Rowe said, and Coast Guard officials were examining it along with the ship's lifeboats and other safety equipment to see if they meet standards. The ship can safely maneuver with one azipod, Rowe said.

In addition to the partial loss of propulsion, Rowe said, the ship had largely cosmetic damage, including broken glass, china and balcony doors. Four passengers had minor injuries.

Royal Caribbean said it expects the ship will sail as scheduled Saturday on an eight-day cruise to the Bahamas.

Many passengers criticized the cruise line for allowing the ship to sail from New Jersey last Saturday as the storm moved up the coast.

Royal Caribbean said the storm identified gaps in its planning system and the company was "strengthening" its storm avoidance policy.

Passengers received a full refund and a certificate toward 50 percent off a future cruise.